Friday night I attended an art opening of Mother of the Child’s work at Gossamer, a fabric arts store on the 2400 block of E Burnside here in Portland. My extended family was there, as were many of MotC’s friends, as well as the_child and many of her friends. This was where the knitted coral reef [ jlake.com | LiveJournal ] was on display, and of course, where I took all the photos of the colored fabrics and yarn [ jlake.com | LiveJournal ].

The show will be up through December, as will the knitted coral reef.

A few photos from the opening itself: 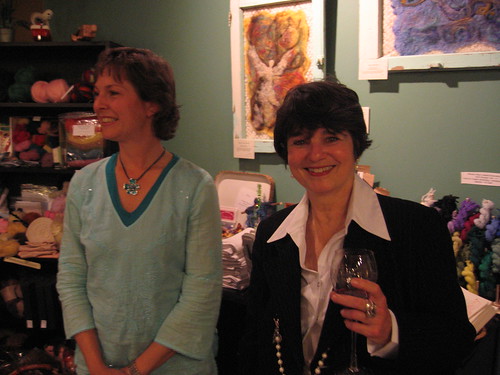 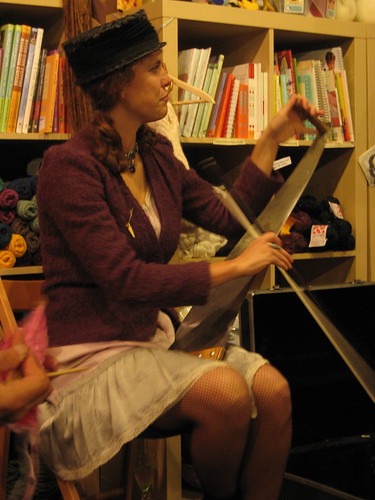 One of the musicians. Her saw was accompanied by an accordionist. 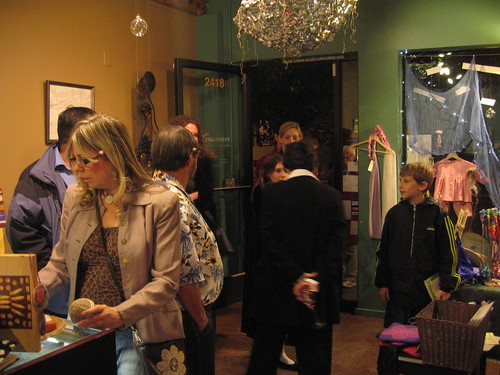 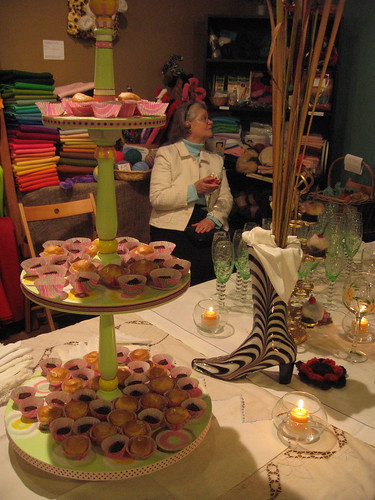 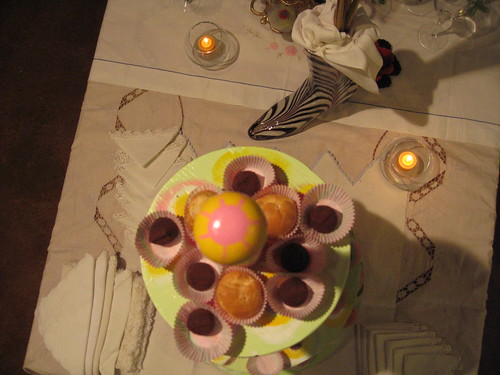 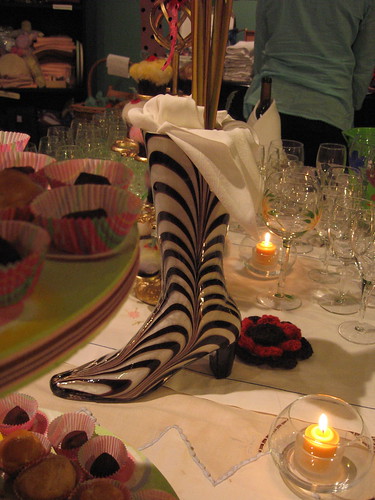 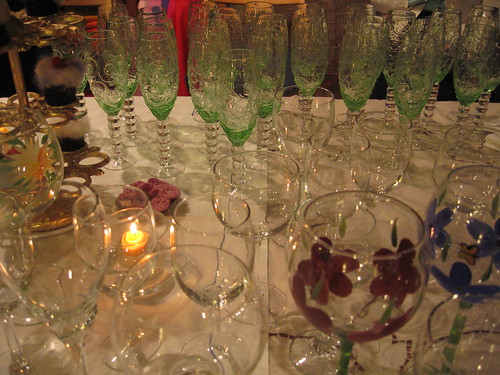 The table. MotC did all her own catering and table dressing. 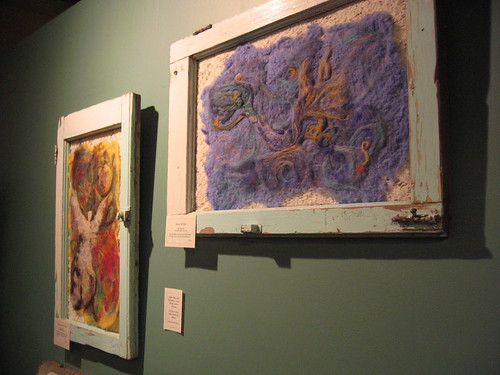 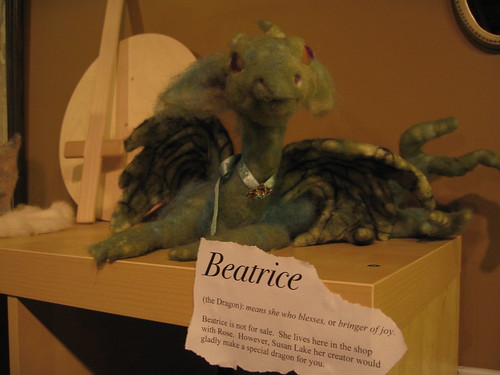 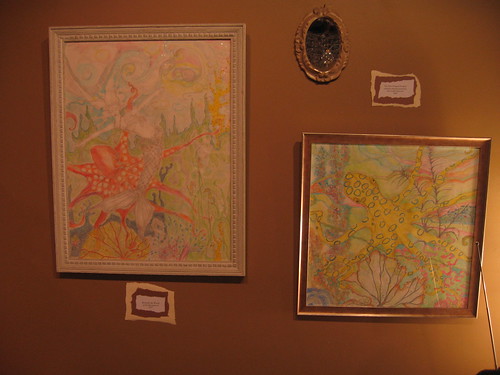 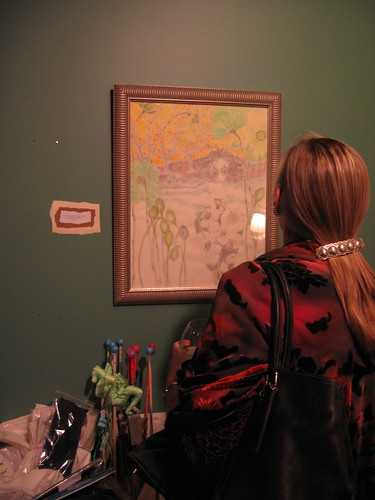 Some of her work on display.