My friends at FenCon have a weird problem, and I’m trying to help them pass the word. Apparently a new convention came to their hometown of Dallas this year with a confusingly similar name, FedCon, took everybody’s money, then folded after the first day of their scheduled weekend.

As a result, FenCon has been taking some heat. They’re working diligently to let the fannish community and the general public know that they are in no wise affiliated with FedCon, and have no responsibility for any of the issues that FedCon has now created.

Disclaimer/advertisement: I’m workshop special guest this year, so if you’re in the Dallas area and want to do some intense critique with me, sign up for one of the few slots still open.

What philosophy do you follow? — Apparently I am 100% Existentialist and 100% Hedonist, with much lower scores on everything else. Is that even possible?

Ex-planet gets namesakes — Plutoids? Really? (Thanks to lt260.)

How the Romans invented grammar — Language Log with a (very) brief history of grammar.

Shorpy with a 1902 photo of the Wright flyer

Stephen Hawking: ministers’ £80m error puts science at risk — Money shot: “The notion that scientists will make a more valuable contribution to the economic and social wellbeing of the world if their research is closely directed by politicians is the most astonishing piece of nonsense I have had the misfortune to come across in a long time,” Cox said. Luckily, here in the United States we don’t let political considerations dictate science policy. Oh, wait, never mind. (Hat tip to Bad Astronomy Blog.)

Iraq, the sovereign colony? — Read this and ask yourself if this is how our country should behave. If you’re a conservative who thinks the Iraq War is a key issue and the president should do anything he can despite the Senate, ask yourself how you’d feel about President Obama doing such an end run. We have checks and balances for a reason, and the GOP lost sight of that reason a long time ago.

I’m not so much with the memes any more, for the most part, but in this case the result was so funny I went with it. I’ve been tagged by Matt Staggs to grab any book, go to page 123, find the fifth sentence, and blog it. Then tag five people.

So I grabbed the first book I could find that a) wasn’t written by me, and b) I had bought on purpose. (I get sent a lot of books in the mail.)

“I repeat: do you really believe this is crap?”
The Throne of Saturn, Alan Drury, Doubleday, 1970

Is that a question an author wants their readers asking themselves?

Just wrapped all of the reader feedback on Green. I have a couple of dozen notes embedded in the text, and hundreds of minor changes and edits, along with a double handful of major changes and scene cuts. Starting either later today or sometime tomorrow I’ll a final readthrough, dealing with the notes as I go. Then it’s back to casacorona and arcaedia.

Noveling is hard. Don’t let nobody tell you different. One of the things which always amazes me in this process is how difficult the little details are. Plot, character, setting — all that stuff is challenging, but we work through it. Almost all my commentors agreed that two subplots were distracting, and there was quite a bit of overlap on other issues. The thing that varied widely was the typos. Everybody caught a different set.

Mind you this is a manuscript I wrote, revised, then did several close reads of. The proverbial fine toothed comb, as it were. And yet every single reader found all kinds of different little problems at the text level (”thought” for “though”, “at” for “and”, duplicated words, that sort of thing).

This has happened with every manuscript I have ever written, though the effect is magnified by the wordcount and complexity of book-length work. I rather confidently predict it will happen on every manuscript I ever do write. Yet I am always amazed.

I should go into the tyop business. In the meantime, I plan to turn Green in within the week, with any luck.

To anyone who is a dad, has a dad, or ever had a dad, Happy Father’s Day. 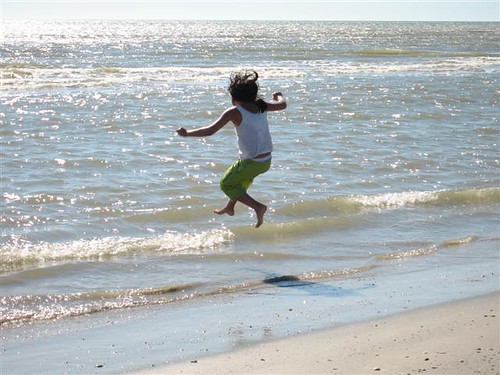 (Photos by lillypond, a/k/a my sister.)