Out of here shortly, to leave New York and head home. Will blog later about last night's excellent dinner. Link salad later, too, time and bandwidth permitting. For now, just trying to roll it up and get moving. Y'all play nice.

Go show some love for Electric Velocipede — Tell John I sent you.

Publishing in China — An article, sent by my Dad, who's still in China.

Science! — More non-Newtonian fluids. Maybe I'll get the oobleck party going this year. (Thanks to

Iowa Family Values — A moving essay on interracial and gay marriage in the Midwest. (Thanks to

?otD: Do you love New York?

Blogging from 37,000 feet here. I'm on a JFK-SFO flight, and it turns out to be one of those airplanes they've got WiFi configured aboard. I caviled about signing up for it (I like to think of airplanes as Quiet Places), then realized I never take this flight, so I may as well try this for the hell of it. So, erm, hello from the skies of Colorado.

On this trip I read So Great a Light, So Great a Smoke [ Powell's | Amazon

] by Louisa A. Burnham. This is a fairly brief history of the Beguin heretics of Languedoc, an early fourteenth century movement which was stifled effectively by the Inquisition. (And tangentially figures into Umberto Eco's Name of the Rose.) This is a fairly scholarly book which I read simply for the sake of something interesting well outside my usual splash zone. It was interesting in an intellectual sense, though more scholarly than popular, so didn't have the same reading buzz as the narrative nonfiction which has been so prevalent in recent years. (This is not a criticism, just an observation.)

I certainly learned more than I ever thought to know about Franciscans, the politics and practices of the Inquisition, life in Medieval France and sundry other details. Fascinating stuff at the detail level which will certainly inform my thinking and writing in the future. I also learned some new words, such as "macaronic" and "archiepiscopal", and new terms, such as "Angel of Philadelphia" — that last definitely a story title waiting to happen.

Interesting stuff, worth my time, and much as with my recent reading of Corpse, about the history of forensic pathology and time-of-death estimates, definitely gave my brain a jolt of different-from-the-usual. Which was, of course, the point. 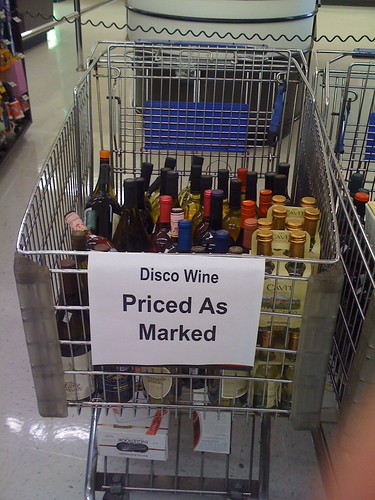 A new caption contest! Usual rules apply. I'll collect captions in comments here (at both jlake.com and jaylake.livejournal.com) until I get bored with it, then build a voting poll. Please try to limit the length of your entries or they may become truncated in the poll code.

Prize will be a hardback of Green (when it's available) or another of my books of the winner's choice. Have fun!

rosefox organized it for me, though

maryrobinette was only to make it by for dessert. We had a nice turn out, including

misofuhni, NF from the Day Jobbe,

douglascohen, and the sadly tardy 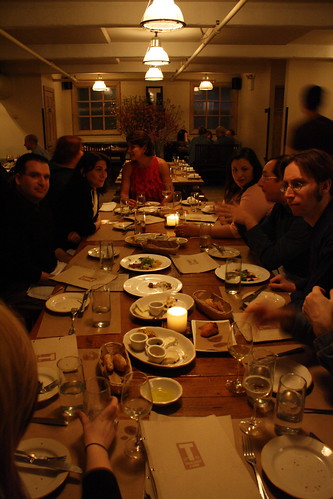 I'd ordered some appetizers in advance, including a nice duck confit, a terrific fried chevre, and cheese plates consisting of Sottocenere al Tartuffo, Epoisses, Garroxta, a chevre whose name escapes me now, and Blacksticks, a Lancashire blue with a strong resemblance to Shropshire.

Dinner was very nouveau, with elegantly modest portions, but quite tasty. Some wine flowed — I had a pinot grigio, while

suricattus had something Basque she'd never tried before. Conversation flowed around the table quite nicely. I felt very welcomed in New York by old friends and new.

Thank you everyone who made it out for this.

So Great a Light, So Great a Smoke: The Beguin Heretics of Languedoc (Conjunctions of Religion and Power in the Medieval Past) by Louisa A. Burnham
The Yiddish Policemen's Union by Michael Chabon
The Solitudes by John Crowley
The Good Humor Man by Andrew Fox
Making Money by Terry Pratchett (reread)
Corpse: Nature, Forensics, and the Struggle to Pinpoint Time of Death; by Jessica Snyder Sachs
Slights by Kaaron Warren

Books currently being read:
The Selected Works of T.S. Spivet by Reif Larsen
The Confidence Man: His Masquerade by Herman Melville (really)

Books on deck to be read shortly: