A methodology for creating new ideas — More art blogging, but with specific applicability to writing. (Snurched from Drawn!.)

The Avastin Paradox — Of interest to me because this is one of the drugs proposed for my upcoming chemotherapy.

When the Fugitive Is a Family Member — Interesting stuff. I find myself pretty hard line on this, in terms of not thinking family members should be sheltered from prosecution.

On my walk this morning, along Big Papio Trail here in suburban Omaha, I saw fireflies. Interesting little suckers, those guys. The precise color and blink pattern varies by species. I know I saw at least two blink patterns. The trail is in a well developed area, along a watercourse greenbelt where I usually hear owls and nighthawks, but there's plenty of artificial light sources nearby. Sometimes I would confuse a distant streetlight flickering through tree leaves with the moving parallax of my own walking pace with a firefly.

Fireflies are like stars, also. At least from a distance. Up close they're inescapable, and when one would flash very near to me, my eye would follow it automatically for the foot or two of flight before the flash went off. Farther away, they were easier to see out of the corner of my eye. The best way to spot them was to gaze ahead, unfocused, as I followed the trail, and pay careful attention to my peripheral vision.

In doing this I found another effect. I was perceiving occasional flashes of white light from above. This morning the cloud cover was pretty low and dense, producing a very desultory rain as I walked. I finally decided there was a higher-altitude lightning storm, and I was seeing the flashes masked by the low-altitude cloud deck. But I never would have seen any of that if I hadn't been using the edges of my perception to watch the fireflies.

The creative process is like that. Staring at an idea can be very informative, but it can also overexpose the concept and blind you to deeper, more obscure nuances. Working from the corners, through misdirection and lateral perception, can open you up to things you would never have noticed in the bright light of day. Corners have always been a lot more interesting to me than middles. Early this morning, I learned a little bit more about why.

So let me start off by saying that my health insurance carrier has actually been quite supportive through the cancer experience thus far. Until the last few days, I've experience zero chain yanking and a great deal of positive, useful support from them, largely in the person of my cancer case manager.

However, last week I got a coverage letter telling me my oncologist is out of network for my PPO plan. This triggers an entirely separate deductible process, wherein I have to pay the first $2,500 for out of network coverage, after which I then pay 30% of charges instead of my usual flat co-pay. That would mean another $2-3,000 out of my pocket this fall, given where everything is going.

Finally got through to my case manager yesterday to discuss this. She verified they had no listing for my oncologist, and strongly advised me to find another oncologist. Long discussion about networks and coverage. My case manager was being as helpful as she could be within insurance company rules, but from my point of view, this whole thing is madness. They're already preparing to spend about $250,000 treating me, and they're barfing on $2,500 or so worth of doctor bills. Starting with the $279 sitting on my desk right now.

I called the clinic at my primary hospital after I got off the phone with my case manager, to explore it from their end. For example, could they rebill, etc. The medical administrator there was quite surprised to hear that my oncologist was out of network. According to her, all the doctors at the clinic are in network with my carrier under a master contract. Long discussion about networks and coverage. Much frustration on my part.

This gal is a Hero of the Revolution, so far as I am concerned, because she took my information and promised to call the health insurance company from the provider side and work through this. Still, what a mess.

Health insurance reform isn't just about access, it's about sanity. Or at least it better damned well be. With the exception of almost being killed by ER triage last year (literally), my experiences with the healthcare delivery system have ranged from good to admirable. My experiences with the healthcare finance system have ranged from adequate to surreal.

Also, in discussions with the case manager, we began reviewing the collateral medications associated with chemotherapy. I'm going to be a walking pharmacy before this is all over with. Anti-nausea, anti-inflammatory, anti-anxiety, et cetera, et cetera, ad nauseum. My biggest concern about the chemo trip is preserving mental acuity, so I'm very dubious about steroidal anti-nausea drugs, as well as anything psychoactive such as anti-anxiety drugs.

Upcoming I have another CT scan on 7/20. That's when we discover whether or not my lungs are a pair of tumor sacks. We'll also validate some of the other data and assumptions about liver and lymph. Unless something unexpected arises from that scan (or unless I have to switch oncologists for insurance reasons), I'll have my chemo prescribing appointment on 7/27. With luck, I can get the Harkonnen heart plug installed quickly enough to go to Worldcon while I'm recovering from that surgery, and begin the chemo when I get back.

I've decided to leave further documentation of my emotional freakouts for another day. Plenty of more-or-less objective detail here now. More as it develops.

Well, today insurance has found my oncologist, thanks largely to the persistence of the medical administrator from my clinic. Apparently my doctor's fairly new at the clinic, and it takes a long time for the provider lists to update. Perhaps their computers are coal-fired.

I've been warned it may be a month or more before claims for her services will be properly covered, but I've also been assured by both the clinic and the insurance company that once the system is straightened out everything will be rebilled dating back to my first visit with her.

So a large hassle is now a small hassle. And we soldier bravely on. 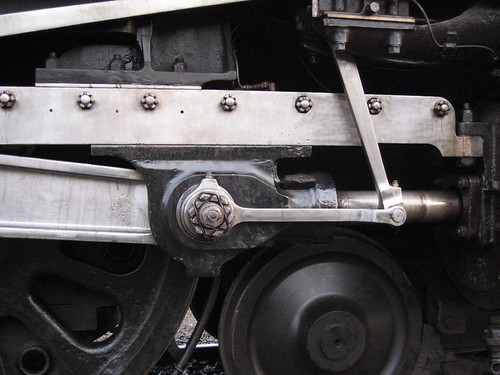 Still pretty wiped out here, but I cranked 1,400 words in half an hour, then called it good. Closing on the end.