I am reading and signing at University Books in Seattle — Friday, July 24 at 7 pm. For those of you who are fans of

the_child, she will be there. I'll also be attending the Clarion West party later that evening.

Anticipation's writing workshop is still looking for a few good writers — The deadline is nigh. Very nigh.

Monopsony — Such a lovely word.

Big Oil Turns to Algae — The future is arriving. Efforts at hydrocarbon precursor production in a petri dish.

US Has Lost Moral High Ground on Treatment of Prisoners — Thank you, Republican Party and President Bush.

?otD: I wanna know, have you ever seen the rain? 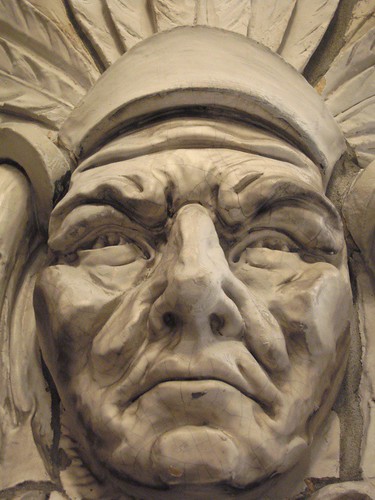 Photographed by me in Seattle, WA.

I have two appointments today. One with a liver surgeon, the other with an oncologist. These are at UCSF in San Francisco, pursuant to formalizing the second opinion regarding my metastatic cancer and the associated treatment plan. I'll also be getting the results of Monday's CT scan.

calendula_witch nor I slept any kind of decently this past night. Stress has been disrupting my sleep cycle for about two weeks, and we won't even talk about what it does to my lower GI.

Next Monday is the appointment with my oncologist at OHSU, my "home" hospital. That's when I expect the chemo to be prescribed and scheduled, unless something unusual and unexpected arises out of today's consultations.

calendula_witch and I were at UCSF today to meet with a liver surgeon and an oncologist. We discussed the recent scan results with both doctors. In short, there is cause for cautious optimism.

Scan results indicate that the liver mass has not grown detectably in 60 days. At that growth rate, we can afford to be conservative about treatment.

However, the lung spot has grown from 5 mm to 7-8 mm. This is within the +/- 5 mm margin of error in the scanning process, so they are not too concerned. More to the point, no other lung spots were detected.

No lymph spots detected on this scan, which suggests the lymphatic issues from the May scan were a transient infection. (This was one possible theory at the time.)

The only discrepancy between the California and Oregon teams is that the read on my MRI by the Oregon radiologist was "indicative of metastatic disease" while the read on the same MRI data by the California radiologist was more benign. This may become significant in determining whether to stay the current course on chemo or carry forward with a "watch and wait" strategy.

The California team recommended no treatment at this time, with CT and PET scanning in October, after a three month wait, to recheck growth in liver and lungs. I am not assuming chemo is off for now until I see my Oregon oncologist next week and hear her take, but the stability of the liver mass seems encouraging.

Knowing that it's not growing like wildfire inside of me eases my mind considerably. Knowing that the lung spot is isolated and not part of a widespread pattern eases my mind considerably. We'll see what happens next week. I'm not allowing myself to be too buoyed by this yet, but it's the first time since May that the medical news has gotten better. If this trend holds up next week, I'll be a very happy boy.

First of all, some baseline data on Endurance.

I produced 114,800 words of first draft copy in 50 elapsed hours over 35 calendar days, including 30 days of writing and 5 missed days due to illness, holiday or travel. This is an average drafting speed of a hair under 2,300 words per hour, and an average daily output of slightly over 3,800 words.

For comparison, that's rather a bit faster than the speed at which I drafted Pinion, which is my only substantial other post-surgical first draft. I don't count The Heart of the Beast because the process was so radically different, working as I was from Jeff VanderMeer's notes and multiple overlapping partial drafts.

Of far more significance (to me, at least) is the highly abbreviated nature of the draft. My last two solo first drafts were Green and Pinion, and both clocked in about 200,000 words. Endurance doesn't have any less plot than those other two books, at least so far as I can see. I seem to have compressed my writing process, possibly under the pressure of imminent chemotherapy — I didn't start drafting Endurance until I was well into the process of diagnosing the current round of cancer.

calendula_witch has observed that Endurance is rather light on descriptive text, ordinarily a great flourish of mine, and also that I've compressed some key scenes.

I'm not entirely sure I haven't written a half-scale outline, in effect.

Nonetheless, the whole book is on the page. This time I'll be revising as a putter-inner rather than a taker-outer, which will be fairly novel experience for me. My process evolves with each book, but this was an unexpected and surprising direction for me to have taken. We'll see how the work holds up.

More thoughts as they come to me.