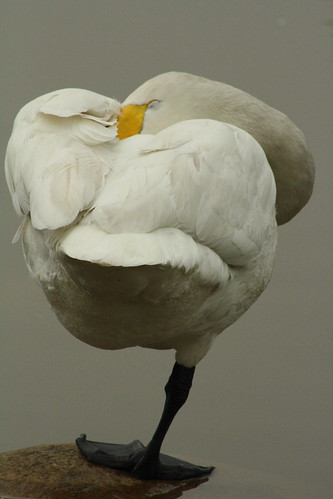 Your next boss — Deep cluelessness. Hahaha.

Alaska Meltdown — Across our northernmost state, ponds and wetlands vital to wildlife are draining away as global warming melts underlying permafrost. Darn that liberal bias to reality.

?otD: Why shouldn't you ever wrestle with a pig?

Our drive to Seattle yesterday was best described by Leonard Cohen in his song "The Future":

Six hours to cover what is a two and half hour drive on a good day and a three and half hour drive on a bad one. Including a median fire, a miles-long backup for a wrecked RV, a miles-long backup for the detour from the wrecked RV, doubling back, and eleven separate occasions where traffic on the Interstate came to a dead halt. Enough said about that madness.

Once we got to Seattle, all went much better. The University Books reading was fabulous. Many friends and acquaintances and total strangers attended. I was so worn out from six hours of white knuckle driving that

brendacooper took my car over to the Clarion West party for me, while I caught a much-promised dinner with

scarlettina before hitting the same party.

The party was very nice. Saw David Hartwell and Kathryn Cramer, this week's instructors. The usual wide ranging cast of Seattle writerdom and friends. My wiped-ness kept me a bit on the stupid side, and eventually I retreated to

bravado111's guest room for the night.

Drive home, not so evil, just the usual annoyances. I'm off shortly to cook Tibetan for my family, as my brother is visiting from the DC area and we are all getting together. And