How I spent three days at Worldcon and never saw Neil Gaiman — I draw your attention to this remark by the Mighty God King: If there is a single definitive Worldcon uniform, it is the Hawaiian shirt. This was most common among pros who had nothing to prove Hahahahah. (Thanks to

Red Meat touches on our SFnal world — And possibly other parts of our world...

Meteorite Found on Mars Yields Clues About Planet's Past — Cool! (Snurched from io9.com.)

Aspirin Seen Aiding Colorectal Cancer Patients — This is ironic to me, because I'm basically off aspirin for life, as my colorectal cancer originally presented through an internal hemorrhage.

New Rule: Not Everything in America Has to Make a Profit — Bill Maher explains Communism (and pre-Reaganite America) for you. (Thanks to

Salon.com snarks on the current debate

mizkit rants on healthcare — I just cannot understand why conservatives think the current system works, and why they are so afraid of changing it. A combination of selfishness and ignorance is the best answer I can come up with, given that no one has articulated a clear vision of opposition beyond "OH NOES, TEH SOCIALISM!" Unless conservatives actually think ranking 39th in the world in infant mortality figures is "the best"... (Thanks to

?otD: Why do they call it hump day? 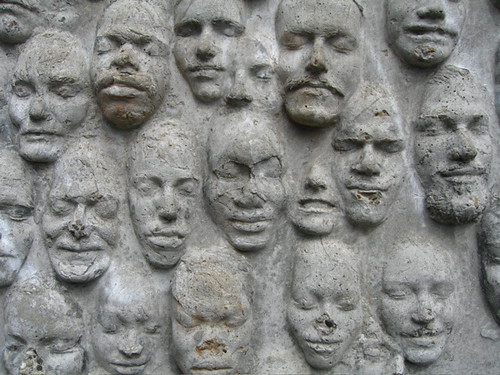 Photographed by me on the CCSF campus in San Francisco.