An Open Letter to John C. Wright — In case you missed it, Hal Duncan is his usual brilliant self, in response to some crap I won't dignify with a countervailing link.

catvalente swings for the fences on the same issue.

Food timeline — Food history and historical recipes. For those of you writing fantasy or historicals. Or time travel SF. Or whatever. (Thanks to

The chart of fantasy art — (Thanks to

Asher on Learning by Teaching — Very much applies to our field's tradition of workshopping.

A Softer World is very funny (and slightly NSFW) — Read either literally or metaphorically, this applies especially well to genre writers.

Reviving the Lost Art of Naming in the World — Taxonomy and you.

Embalming Without Odor: 1864 — Another fascinating image from Shorpy.

STEREO: Closing in on the Lagrange points — With lots of interesting information about the Giant Impactor.

calendula_witch and I were out meteor watching late this past Wednesday night.

The brutal truth about Americas healthcare — A British view of our healthcare system. Worth reading especially if you think USA is number one.

Maddow on Right Wing Lies on Healthcare — Conservatives in their own words. Just in case you thought opposition to healthcare reform was principled. Or in your interests. 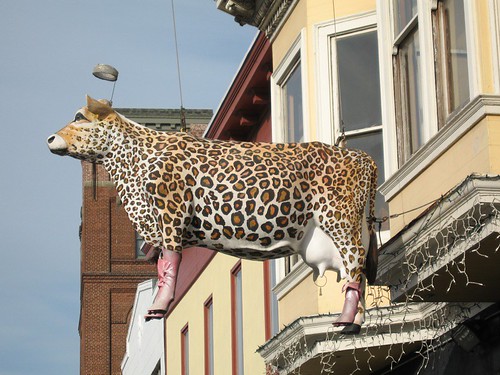 Photographed by me in San Francisco, CA.