calendula_witch and I are part of a Grants Pass book signing/reading today, with dinner to follow</em>

Gravitational Waves and their Limits — Centauri Dreams on some cool cosmology.

The Electric Acid Test — On the Isle of Man, the beginnings of a marketable electric motorcycle. This is a terrific narrative.

Brewster Rockit spots the flaw in the healthcare "debate" — I've actually had people say to me, "I like the plan I have now, therefore we don't need to change." Um...

Making Light on the absurdity of "death panels" — Even by the routine standards of conservative lies, this one's been a nonsensical whopper. Think about it people. If you opposed healthcare reform for reasons that made any sense, you might have more credibility. Being mad at Obamacare over "death panels" is like me being mad at former President Bush because of the role the State of Texas played in faking the moon landings.

More truly dumb conservative rhetoric — Strident anti-abortion Republican Rep. Michele Bachmann: "no certain circumstances will I give the government control over my body and my health care decisions." This lack of self-awareness borders on the pathological. 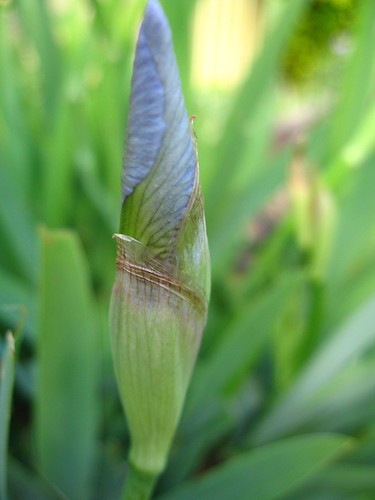 calendula_witch reads her story "By the Sea" at the Grants Pass book release party. 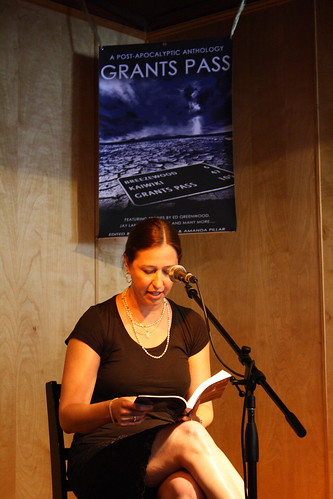 And a video clip of her.

She did a fabulous job. And this was her first reading and signing, ever. Mad props to the woman.