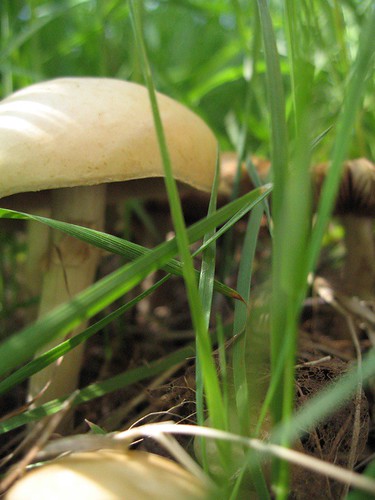 Photographed by me at Oak's Bottom in Portland, OR.

Working my normal hours today, then off to the airport to spend the long weekend with

calendula_witch. We've quite deliberately avoided planning social events this time because our last few visits together have been so rushed and blurry that we wanted to take some days to be a couple together. I'll be off to Omaha at the end of the month, with trips to Foolscap and a coast workshop in the meantime. Lots going on, life percolates as usual.

In other news, the Sekrit Projekt continues slowly but steadily. More work yesterday, and again today while I'm in transit. A couple of short stories are knocking on the door, so I'll make some writing time over the weekend as well.

Shoulder continues annoying, but the icing and the exercises from the PT are helping. The combination of high dose ibuprofen, limited activity and comfort food eating has popped my weight up about 10 pounds, which is very annoying. Hopefully I can work it back off once the shoulder eases up.

Last night I had this insane dream that

deedop and I had gone to the beach here in Oregon, except the beach town was Austin, TX (where I used to live). We were walking close to the water when a larger wave came in knee-high and tripped me. I was lying on the beach in my street clothes, soaking wet and laughing, while she took a picture of me with my good camera — the Canon EOS Rebel Xti DSLR that I mostly use these days — when a much larger wave washed in. I tried to warn her to hold the camera above the water, but she had her back to the surf and thought I was kidding, until we were both pushed under. (You really do get waves like that on the Oregon coast, people are killed every year.)

My camera was soaked in seawater, and I was really pissed. We climbed up off the beach and got in a car, which I think was my old 1975 Cadillac Eldorado convertible, and headed into town to look for a Dan's Hamburgers. On the highway we passed a 1973 Lincoln Continental with right hand drive and Japanese plates, which I found very odd. About then I woke up, but was still irked at

deedop for ruining my camera. Sorry for the subconscious slander,

Ronald Reagan said, "The nine most terrifying words in the English language are: 'I'm from the government and I'm here to help.'" This is virtually the founding tenet of modern movement conservatism. Combine this with anti-tax activist Grover Norquist's oft-stated goal of cutting government in half, "to get it down to the size where we can drown it in the bathtub", and you have the picture that many American voters have of the government today.

Somehow, people don't seem to have any idea what the government does to help them.

If you or someone you love...

You get the idea. The list is virtually endless. And most of those are items with no inherent revenue stream, not subject to improvement by market forces. The government works for you, every day.

Even if you're a rugged individualist shooting your dinner with your own ammo loads, the gunpowder, copper jackets and lead slugs came to your house via a uniformed federal employee traveling in a publicly-owned vehicle over public roads, sent by manufacturers empowered to do business under the UCC, and regulated for your safety so the powder doesn't explode in your face and the lead doesn't poison you.

Reagan was wrong, dead wrong. (And worse, he knew it — that opportunistic rhetorical flourish has taken on a life of its own over the decades and influenced a generation of voters.) The government helps you every day, in much of what you do, in ways that the unregulated market can't or won't manage on its own.

If you're a conservative, do you really want to take all that away?

The Flash Fiction Open continues well [ jlake.com | LiveJournal ] — Some more good entries yesterday in comments on both sides of the blog. I'll put together a poll over the weekend. Meanwhile, if you've been thinking of writing one, you've got a few more days.

Steve York talks about the hard realities of the magazine business

Google's Book Search: A Disaster for Scholars — The Chronicle of Higher Education weighs in with a completely different perspective. (Thanks to AH.)

The Edge of the American West on George Wallace and the schoolhouse door — His governorship was a blessing to the White Citizens' Councils, who also believed in their own "respectability" and rewarded Wallace with enduring and unflinching loyalty. This is an important point with obvious contemporary parallels. Segregation (and opposition to interracial marriage) was bigotry, pure and simple, but support for it often wrapped in high minded political and social rhetoric uttered by people who believed their own words. There was never a viable social or moral justification for it. So with opposition to gay marriage — I have yet to see an argument against that wasn't ultimately based in personal bigotry or religious commandment, neither of which is an appropriate framework for social policy in a constitutional democracy. Contrast with abortion, where I have very strong opinions but recognize a principled opposition to my viewpoint. There is no principled opposition to gay marriage, at least not one I've seen any evidence of to date.

?otD: What was the best of times, the worst of times?