Postgendered athletes in sports: Should hermaphrodites be allowed to compete? — Wow. This one's a pretty boggling real life example of a classically SFnal problem. (Thanks to

x planes is on a roll with some ekranoplan madness — If you're a fan of weird lost technology, and Russian Big Engineering.

Anonymous Doc on one of the worst jobs in the world — "Fake patient" for pelvic exam training of med students.

Interrogators Ask for Torture Investigation — A group of three longtime interrogators sent a letter to the House and Senate Judiciary and Intelligence committees asking them to appoint a commission with full subpoena power to investigate the torture of detainees during the Bush administration, including the legal memos that justified it. Clearly even our anti-terrorism interrogators are liberal traitors who want America to fail.

A Tale of Two Joe Wilsons, a Tale of Two Americas — Juan Cole draws an obvious but still meaningful parallel between two men named Joe Wilson who each called a sitting president a liar. The one who was lying himself has been treated graciously by the White House and is becoming a political hero, the other who was telling the truth had his life ruined by the White House. Remember kids, as our Republican friends like to remind us, character counts.

A Victim Of His Own Paranoia — An interesting analysis of Rep. Joe Wilson's outburst, and conservative discourse in general. If you start with the presumption that the president is trying to foist his socialist agenda on an unsuspecting nation, then his apparent moderation and civility is actually further evidence of his duplicity. When nonpartisan groups substantiate his claims, it's because they're swallowing his transparent lies instead of revealing his real, hidden agenda. Every bit of apparent evidence that the president is reasonable only makes the situation more desperate - how to break through the illusion and reveal him for what he is?

And finally, the impossible-to-post item from yesterday's Link Salad:

OC Assemblyman In Bed With Lobbyist . . . No, Literally In Bed — Rather NSFW story about a Republican State Assemblyman in California, bragging on his affairs where he cheated on his wife with his mistress, then on his mistress with another woman. I really like this part: Duvall observed in a press release that as long as he is in office, he would work to protect "California families" from "constant assault in Sacramento." Apparently the 'constant assault' on California families in Sacramento is from conservative politicians. Family values FTW! (And to belabor the obvious, I truly don't care who has consensual, responsible sex with whom. Party on, people. I do care when people advance their political careers and pillory their opponents via "family values" rhetoric, then live la vida loca anyway. If you're going to wield the sword of judgmental virtue against your enemies, your own armor had better damned well be spotless.) See also this post from Language Log. And yes, Duvall has since resigned. 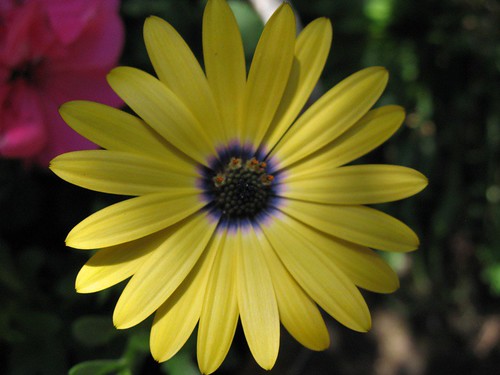 Given the furor over Rep. Joe Wilson's outburst during President Obama's healthcare speech this week, I have a few simple questions for you. I'm interested in answers from all across the political spectrum, and especially in your logic behind them.

(2) Should illegal immigrants be entitled to emergency medical care?

(3) Should illegal immigrants be entitled to nonemergency or preventative medical care?

(4) Should immigration status be checked at accident scenes or time of ER admission?

(5) What should happen to people refused treatment because of their immigration status?

(6) What should happen to people unable to demonstrate their immigration status, due to injury or incapacity?

(7) Should these standards be applied to minor children of illegal immigrants?