GBS Settlement: No Professional Courtesy Here — Scrivener's Error, on in great detail about procedural and other flaws in the Google Books settlement.

Tomorrowland: 1910 — Shorpy with an early, failed monorail. (As if there were early, successful monorails?)

Colombia Confronts Drug Lords Legacy: Hippos — Um, wow. I can't figure out if this funny, tragic or both.

Calling 911 — Bad Astronomy on religion, science, and 9/11. Money shot is when he comments that had those very devoutly religious young men been exposed to "the realization that they may be wrong and that all knowledge is tentative", the outcome could have been different. That, in a nutshell, is why religion is toxic to politics. Certitude is the enemy of progress, especially when compromise is literally sinful.

Minnesota Governor Tim Pawlenty (R) advocates state sovereignty — Asked about the president's speech the night before and his support for a public health insurance option, Pawlenty said "it's frightening, it's ludicrous, it's a bad idea and the country is against it." If by "country is against it" you mean 75% poll in favor of a public option, sure. But then conservatives were never good at logic or math. Look how well they balanced the budget during the Permanent Majority days.

In radio address, Obama cites risk of losing health coverage — The report found that if the healthcare system is not retooled, nearly half of all Americans can expect to lose their coverage for some period of time over the next 10 years, the president said. This is a point I keep trying to make. Even if you're completely satisifed with your current healthcare coverage, and see no benefit to yourself or your family in the reform proces, you're still one layoff away from vulnerability. It's in everyone's self-interest to fix this system. The debate shouldn't be between admittedly flawed ideas and shout-downs of socialism; the debate should be between competing ideas.

A great deal of sound and fury in comments on my immigrants/healthcare post last night. [ jlake.com | LiveJournal ] — Not to mention,

prusik rather brilliantly noted in comments here on the LJ of

mac_stone, [T]his is a nation founded by illegal immigrants. I don't recall anyone asking the Native Americans for permission to settle here. No one reviles the people who came over on the Mayflower though. 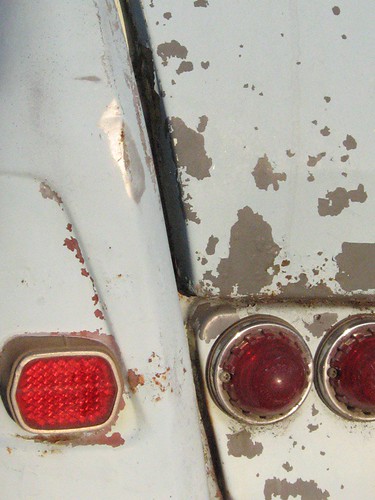 The Niece, informing her mom this morning that now that she is in Kindergarten, she's ready to read and this is how it works:

"I have a house in my head and all the people in my family who have died are there and in the cubinet (sic) they have a magic book that is the same as whatever book I am reading and when I need a work or a number, they take it and they put it on a boat and it floats down my bloodstream to my mouth and then I know what it is!" 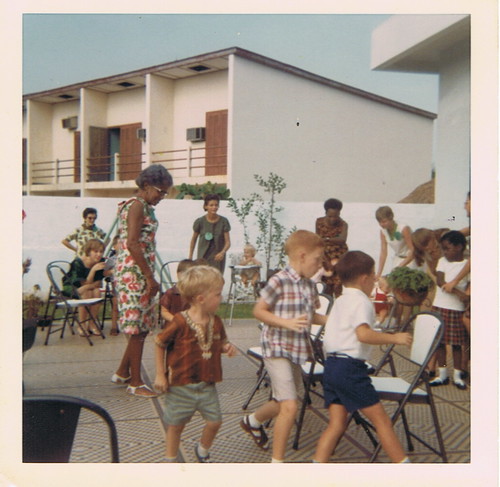 That's me in the dashiki, foreground left of center. Taken in Cotonou, Dahomey, at Christmas 1967, when I was three years old.