jeffvandermeer with a similar, albeit lateral, take. And

rosefox follows up with more funny review snark. Ah, to be a critic.

Where I Write — Sf/f authors in their creative spaces. (Via Dark Roasted Blend.)

Steampunk FAQ — Cherie Priest tells all. In case you were wondering.

Daily Kos on copyright — An interesting read if you're a content creator or a content consumer, either one. Ahem.

Get Fuzzy on the infinite monkey theory of authorship — Hahahah.

Wuppertal Schwebebahn — Anent yesterday's comment of mine, (As if there were early, successful monorails?),

Telegraphs Ran on Electric Air in Crazy 1859 Magnetic Storm — Crazy cool. (Thanks to

Saving gods by making them even emptier of meaning — PZ Myers on the epistemologicization of religion. Fascinating, I should think even if you disagree thoroughly.

FreedomWorks Misquotes ABC News on Tea Bagger Turnout — Gollee. Conservatives, fudging numbers. No one could possibly imagine such a thing.

Wonkette with a particularly attractive 9-12 sign — Stay classy, conservative America. More seriously, I looked through the 9-12 Flickr set. A lot of the people were protesting Obama's debt. Which is pretty amazing, considering he inherited that entire debt from George W. Bush, whom these people presumably supported. Ah, the conservative mind works in mysterious ways.

Daily Kos on the murder of antiabortion activist James Pouillon — He was killed for holding a sign of protest, the chilling implication is clear: wave the 'wrong' sign or say the 'wrong' thing, and you might be next. That's terrorism, pure and simple, and this man's grieving family and friends are every bit as deserving of our nation's sympathy and condolences as the victims of Oklahoma City or the 911 attacks. What they said. In spades. Vehement disagreement is never a call for violence.

?otD: Is the man up in the tower enjoying the show? 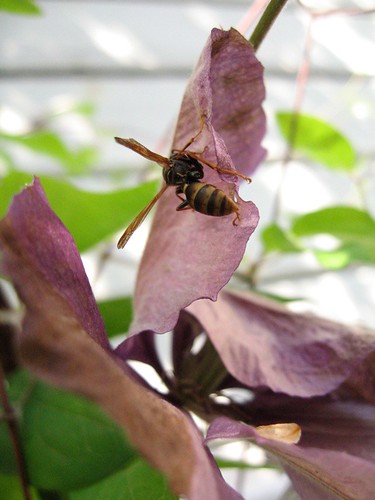 Maureen Dowd in the New York Times, on conservative acceptance of a black man as president. Or more to the point, lack thereof.

I've despaired for years of the bizarre circus that is conservative discourse. The cognitive dissonance required to maintain that viewpoint with a straight face is uncanny. A very simple example: Ronald Reagan ran up the largest deficits in history (at the time), yet then and now is hailed as a hero by fiscal conservatives. Another very simple example: more recently, the same people who demanded absolute deference for George W. Bush as a wartime president seem to have no issues whatsoever with attacking and undermining Barack Obama as a wartime president.

Liberal-progressives at least aspire to intellectual consistency, whether or not we succeed. Given the prideful anti-intellectualism and anti-reality bias of conservatism, I suppose it's too much to hope for the same from the other side. So we fail to communicate in part because people like me are looking for consistency in message and philosophy, and at least a notional link between the real-life facts and the positions taken.

All that is to say, I think I'm done despairing of conservative discourse. It was far more dangerous when Reagan was around — his genial warmth and inclusive rhetoric masked much of the strangeness that lay beneath the surface. Even George W. Bush, with his pre-election talk of "compassionate conservatism" and being "a uniter, not a divider", was able to carry the Reaganite meme forward. Dog whistle political speech really was largely inaudible in the mainstream through the 1980s and 1990s. That drew a lot of moderates, centrists and independent voters toward the Republican ticket.

But now instead of genial warmth and inclusive rhetoric, we have Glenn Beck, Bill O'Reilly, Rush Limbaugh and Sarah Palin. The lunacy is on parade, day in and day out, and drives the most public and overt expressions of the Republican agenda. And while that makes me crazy — the rancid incivility, blatant counterfactuals, constant claims of victimization, and profound hypocrisy just pile higher and deeper — what I'm finally realizing is that the GOP is showing its true colors in a most public way. This is the face of Republicanism that's been obvious to me since the days of Ronald Reagan. Now it's becoming obvious to the nation as a whole, or at least that majority of the nation that doesn't drink the Republican bathwater as their morning coffee.

So I think it's time to stop condemning Limbaugh, O'Reilly and the rest, and start thanking them. You guys may well be the best thing that's happened to American politics in a generation, because finally through your mouths the truth is being told about the conservative movement, its goals and methods.

I had made some more of the Insanely Good Simple Chicken Marinade [ jlake.com | LiveJournal ] a few days ago, and had too much of it for the amount of chicken on hand. (This is the variant with the agave nectar cut 1:1 with fresh-squeezed lime juice before being mixed with the salsa verde.)

So today I soaked a couple of half-pound pork loins in the marinade, along with the srirachi and soy sauce. After about two and a half hours, I took them out, and laid them in a dredge of white flour with an unseemly amount of black pepper, paprika and garlic powder mixed therein. Then they went into olive oil on medium heat for a while. Served on a sesame kaiser roll, some serious yum going on there.

Once I got a fairly horrendous amount of house cleaning done, I put a little over two hours on the Sekrit Projekt today. It's a combination of editing, redrafting and new wordage, so word count isn't really to the point. However, here's ( Collapse )

I just finished reading Campbell Award winner David Anthony Durham's The Other Lands. It's the second book in his Acacia trilogy, which began with Acacia: The War With the Mein. I highly recommend these books. They're a lot of fun, an epic fantasy series which hits a number of strong tropes, but I want to focus on something specific here.

Durham plays an interesting angle in the plots of these books that I haven't seen done much. At the beginning of Acacia, he set up a big story problem, almost stock fantasy. I thought, well, I've seen this done before, let's see how good a job he can do. Then he blows the story problem away and sets up a bigger one. Again, I thought, huh, how's he going to handle this. Then he blows it away again...

This dude is raising the stakes faster than a priest at a vampire convention. And he's doing a damned fine job of it.

There's a lot of great things to say about these books, from the interestingly lateral work in the secondary world-building to the casual yet intense role that race plays in certain aspects of the story to the sheer fun of the action sequences, but I can't recommend the Acacia trilogy highly enough for fans of plot and technique. Epic fantasy is so well established a genre that it's always fascinating when someone comes along and tips over my expectations. Durham has done this in a big way.