The Greatest Show on Earth: the Evidence for Evolution by Richard Dawkins: review

COMBO: collaboration animation by Blu and David Ellis — This is a damned amazing video.

Mysterious ruins may help explain Mayan collapse — This is kind of cool, albeit likely distorted by the lens of pop-sci journalism. Though I do wonder, are there any such thing as non-mysterious ruins?

That Which Does Not Kill Me Makes Me Stranger — A very curious article in the NYT about the limits of human endurance. Interesting stuff. (Thanks to

Misplaced Fears About the 'Czars' — Former Republican DOJ officials about the czar weirdness. Not that little things like facts or the historical record matter to most Republicans today — everyone from Glen Beck to Senator Kay Bailey Hutchison has piled on to this moronic bandwagon. Confidential to conservative America: Your outrage might have some moral authority if you could be outraged about things which are real, or at least substantive, instead of bizarre fabrications and cynical misrepresentations such as death panels, czars and birth certificates. Y'all just keep making yourself look like morons. 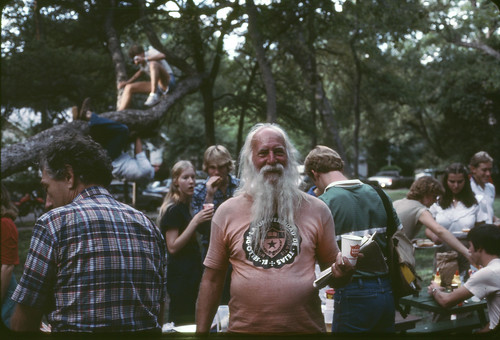 Photo (apparently) taken by me in Austin, TX, in the spring of 1983. From a box of slides (!) my sister scanned. I don't remember ever shooting with slide film in my life, but I do remember being at the event this series of photos records. No one else in my family was there, as it was a departmental picnic for the Plan II program at the University of Texas at Austin, which was my major in college.