My mom, on tumbleweeds [ jlake.com | LiveJournal ] — Some rather nice travel writing from my mother.

The joys of getting skunked [ jlake.com | LiveJournal ] — About me and

calendula_witch... on loving another writer

Language Log on the supposed evils of adjectives — Adjectives? I thought it was adverbs we always being told to assiduously stamp out.

APOD with another ISS image

x-planes with a piece of WWII aviation fantasy art — I'm a sucker for this kind of thing.

Just a Touch Away, the Elusive Tablet PC — I'm in love with the idea of an Apple tablet, but in reality I have no notion how I'd use it. I'm too keyboard-dependent.

An object lesson — The Edge of the American West on conservative fixations about homosexuality and military service. Also referencing this Andrew Sullivan piece. My favorite bit: But the assumption that early 21st century American conservative mores have been on the triumphant, manly, very very straight, winning side throughout all of human history since the dawn of man? Not true. Oh, how true, and how much more broadly that comment can apply.

The anger of the festering fringe — Roger Ebert on conservative discourse. Except he's being too kind to American conservatives. It's not the "festering fringe" — these people set the agenda of the Republican party and drive its elected officials. (In a number of cases are Republican elected officials: Bachmann, Coburn, Henry, etc.) Look at how few GOP Congressman will speak against Birtherism, which is as loony a theory as they come, yet has achieved mainstream acceptance on the Right under the "if there's smoke, there's fire" rubric, reinforced by classic Big Lie techniques.

?otD: How many Mondays in a month of Sundays? 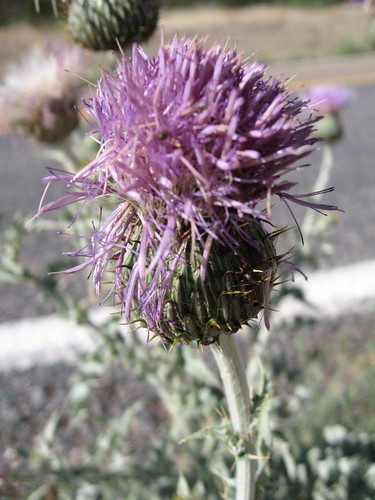 tillyjane, a/k/a my mom, recently spent three weeks traveling around the West, much of at the Grand Canyon doing trail maintenance and habitat restoration as a volunteer. When she returned to Portland, she began writing up her days as a sort of irregular journal. The emails were so delightful that with her permission, I'm going to post them here as guest blogs — mediations on people, travel, nature and the American West.

This is her second installment, from an email dated September 22nd, shortly after her return.