My novella "Chain of Stars" has gone live at Subterranean — Part 1 of 4.

The Agony Column reviews The Book of Dreams from Subterranean Press — In which I am favorably mentioned, along with diuers other better-known writers.

lonfiction with some good thoughts on writing, process, muse and motivation

A Nobel prize for a Bush critic — (Thanks to

The Politics of Spite — Paul Krugman on conservative reaction to Chicago losing the Olympic bid. ...at this point, the guiding principle of one of our nation’s two great political parties is spite pure and simple. If Republicans think something might be good for the president, they’re against it — whether or not it’s good for America. 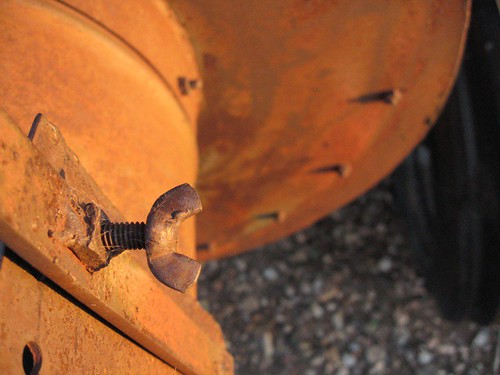 Yesterday afternoon, I sent a story to market. Yesterday evening, it was accepted. (No formal announcement yet, because I don't have the all-clear from the editor, but I will soon.) I tweeted both events more or less in realtime, which sparked some questions.

Likewise, I mentioned recently on my blog that my acceptance rate was a function of the terrain of my career. That also sparked some questions.

So here's a little analysis from the point of view of an author who's transitioning from early career to mid-career. Since the beginning of 2008, I have sold 25 pieces of short fiction solo, and eight collaboratively, six with

kenscholes. In that same time, I have received 30 solo rejections, and four collaborative rejections.

A preliminary look at the data suggests my self-cited 1:3 ratio of acceptances to rejections was in fact pessimistic. Looking only at my solo work, my ratio is slightly worse than 1:1. 1:3, I now realize, is my lifetime ratio. Also, these days, with rare exceptions, almost everything I write sells by the second submittal.

However, these statistics are significantly colored by the fact that I largely write short fiction to invitation. I believe I only wrote two spec pieces in 2007 and 2008 combined. I've written more spec pieces this year, about four, but almost entirely as a function of doing exploratory backstory or character development for my several novel continuities — Green, Mainspring and Flowers have all seen spec shorts written. (The collaborative work tends more to being spec, because the impulse that drives it somewhat different.)

So even my 1:1.2 ratio of acceptances to rejections reflects the fact that relatively few of my stories enter open slush. I still get rejected from invited markets about 1 out of every 3 or 4 times, for the very same reasons open slush gets rejected. Suitability, level of craft, editorial/reader appeal, too close to other work already acquired, wrong length, phase of the moon, etc. On the flip side, sometimes I'll send an editor two, three or four stories on an invite, and suggest they pick the one they like. (I don't recommend doing that unless you know the editor's process rather well, or have queried that this is acceptable.) By definition, I'm creating rejections when I follow that pattern.

All of this is very different from five or six years ago, when the vast majority of my submittals were throwing it over the wall into open slush, and hoping to make a hit. The meaning of my rejections has changed considerably, along with the pattern and significance of my submittals. Of course, it has never hurt that my particular psychology is such that rejections don't stress me much in any case. They're just another form of editorial response, I note and file them, then do something else.
Collapse