keffy were confining me permanently to a medical lab.

nancyfulda is wise about the difference between print literature and cinema

Adrift on Ligeia Mare — Centauri Dreams on exploring Titan. Both the title and the content of this blog ought to be strong story drivers.

Is executing an innocent man enough? — Ta-Nehisi Coates on conservatives and the death penalty.

BlogTalk: What Is Up With This Hitler Talk? — The New York Times on the American Right's fascination with Hitler analogies. Psst, guys, old Adolf had a lot more in common with your worldview than with anything liberal-progressives have ever dreamed up. In this country it's conservatives who yearn to criminalize private behavior, marginalize and punish social and ethnic groups, burn books, torture suspected enemies, invade other countries, and similar trifles. Hitler in your mirror may be closer than he appears.

?otD: Do you know where you're going to?

Your Wednesday Thursday moment of zen. 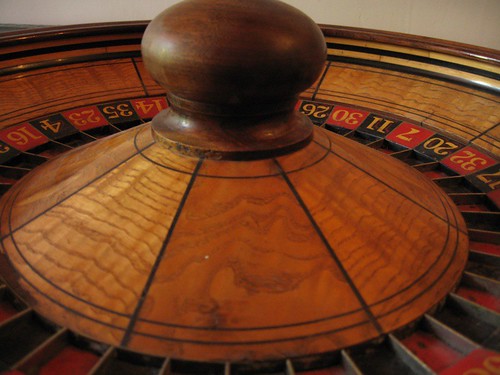 One thing I've noticed lately in my own comments section, on my Twitter feed, and around the blogosphere in general, is a growing trend for conservatives to say something along the lines of "Don't confuse X with real conservatives, we're not like that." The most common values of X are neocons, theocons and George W. Bush.

I find this comment both amusing and saddening. On behalf of liberal-progressives everywhere, let me extend a hearty and loving raspberry to all you conservatives.

See, I remember the dawn of the Reagan era, when Lee Atwater and Roger Ailes were quite happy to goose the latent theocon base of the GOP in order to recover from the Republican disaster that was Richard Nixon. I don't recall "real conservatives" speaking out against the cynical manipulation of the abortion issue or the "God, guns and gays" strategy, at least not when it was picking up votes for the GOP.

I remember during the Reagan presidency when the neocons were getting footholds in the Republican establishment, helping drive policy into such unConstitutional dead ends as the Iran-Contra affair. I don't recall "real conservatives" speaking out against abuse of executive power, unilateralism, or sheer bugfuck paranoid policy regarding the projection of American power, at least not when it was securing the right political flank of a popular Republican administration.

I remember the elections of 2000 and 2004, and the Permanent Majority, when George W. Bush rode a neocon/theocon coalition into office and built, at least for a while, a heady perception that conservative values and governance could be permanently cemented into the American body politic. I don't recall "real conservatives" speaking out against the whole constellation of bizarre blunders, deliberate ineptitude, unConstitutionality and outright criminal activity of the Bush administration, at least not when that alliance seemed to guarantee a Republican ascendancy and prove America's resolute might on the world stage.

So, now that conservative values and governance have generated the largest political and economic trainwreck in modern history, and the wheels have come off of Reagan's Eleventh Commandment, and your party's spokesman seems to be Sarah Palin (who could not be a more bizarre political figure if she'd been scripted by Mel Brooks), and the media mad dogs are setting the conservative agenda, and your polling numbers are somewhere down near Charles Manson's, you, my conservative friends, are grumbling that these are not "real conservatives"? I'd be a hell of a lot more impressed with your complaints if you hadn't been mocking me and telling me to shut my traitorous liberal mouth between, oh, 1980 and 2006. And even if you personally weren't doing that, you were happily voting for and supporting politicians, commentators and media that were doing so. Without objecting to their their alleged lack of real conservatism.

All those crazies and criminals were good friends to "real conservatives" when the going was good. Maybe you guys should look in the mirror now before you complain to people like me about how we lump all conservatives together. You'll see what I've been seeing all my adult life, and maybe you'll understand where my strong negative reaction to the American Right comes from.