No Vaccine? A Different Risk — Yep. Antivax borders on criminal behavior, and it's stupid besides, because the risk being transferred away to other people's kids is being replaced by a far more significant risk to the antivaxer's own kids.

America — A WWII vet and lifelong Republican talks about gay marriage and equality in a very sensible way. (Via Making Light.)

?otD: What would you tell 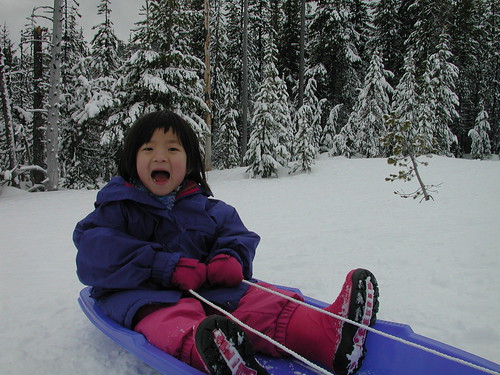 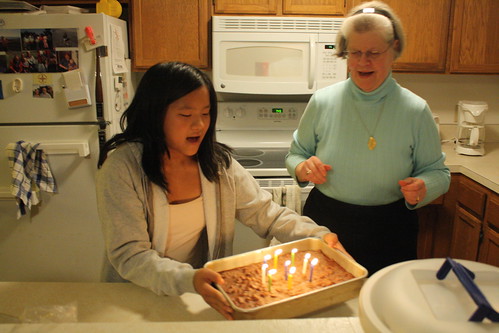 Today is my daughter's 12th birthday. I plan to celebrate by ensuring with the help of medical science that I'll be around to see her grow up, graduate, build a life, and one day decide again that maybe I do actually know what I'm talking about.

So today's adventure with the Department of Giant Radioactive Spiders (a/k/a Nuclear Medicine) went fairly sideways. I won't have the results til next week, but even getting the test done turned out to be a heck of a challenge.

I was up at 5 am to get ready. Headspace pretty troubled, following my plan for the day. I reviewed the test orders from MyChart, the online patient record system my hospital uses, and it said quite clearly, "Eat light meal before two hours NPO." Meaning, nothing by mouth the last two hours before the tests (scheduled for 8 am), but have something right before that.

This was not how I remembered the PET going last May, as it required fasting. I looked carefully over both sheets of orders, and found nothing contradicting the "eat light meal". So about 5:45 am, I ate a banana.

Fast forward to 7:45 am or so. I am sitting in the waiting room of the Nuclear Medicine unit with

tillyjane when they call me in. The banana is a problem. Why did I eat the banana? I produce my printouts of the orders. The nurse (who was very supportive and understanding) looks at them. "Yes, it does say that right here. It's wrong." To which I point out that these are, indeed, my written orders, straight from their system. Yes, but the test cannot be performed with a banana in my digestive tract.

The reason for this is that the PET scan involves injecting a radioactively tagged glucose analog into the patient's bloodstream, then waiting an hour for the sugar to be metabolized. They want to minimize nonessential metabolic activity to prevent the sugars from being concentrated in areas not otherwise of interest — a lot gets taken up by the brain, the heart, the bladder, etc. Hence the hour in a darkened room with no books, conversation or television. This minimizes brain uptake. Likewise the six-hour fast, to minimize sugar uptake due to digestive action.

Phone calls were made. Doctors were consulted. The test could not be run at 8 am, on account of banana infestation. I wheedle, say I'm available all day for a reschedule, but to come back at a later date would be logistically difficult. I do not mention this will also make me insane with more dreadful anticipation. Rescheduling is a serious issue, because the isotopes involved in the radioactive tagging have a short half-life for safety reasons, and cannot simply be held in readiness for a few extra hours. Somebody down in nuclear pharmaceuticals has to fire up the drug cyclotron or something, and this is a big deal.

We finally decided they can fit me in at 12:30, but I must not eat anything or drink anything other than minimal water. Our helpful nurse does offer to fit the IV now, to expedite matters on my later return.

As TV Guide is wont to say, trouble ensues.

My friendly nurse fetches out the IV kit. I inform her that I am the proverbial "hard stick." This is hard-won knowledge, including a record-breaking 13 jabs to find a live vein one time in a clinic. My circulatory system is laid out rather eccentrically, veins not being where one might expect them. I have a thicker than normal layer of subcutaneous fat, so I show veins about as much as your average basketball does. I have been NPO for some time, so my blood pressure is down and the veins are laying flat. I explain all this. She spends some time studing both my arms, finds a vein she likes in the crook of my left, gets a 20 gauge needle in there, and goes fishing.

Being a wise nurse, she calls for backup. After a little while, the IV therapist shows up. This lady, very professional and appropriate, was seriously not having any of my sense of humor. She also wasn't pleased when I asked if she was a phlebotomist, as she was an RN. She shortly gets to work, and this is serious business. Hot packs. Dangling arms. Probing of the veins. Lidocaine to numb the site so she can go in without muscle twitching or pain-startles. (I've never in my life had local anaesthetic for a needle stick.) Into the crook of my left arm she finally ventures, and goes fishing.

Frustration all around. I am informed that my veins are scarred, presumably as a legacy of the last 18 months of medical intervention of various sorts. I invite repeated sharp object penetration of my arms in favor of IV to the hand, which hurts like crazy. The final decision is IV to the right wrist, which apparently annoys the CT team, but they're running out of options. I briefly divert the energy in the room with a question about why the needle gauges are rated as they are, which neither nurse can answer. Meanwhile,

calendula_witch, thoroughly distressed by all the sharp pointy bloody bits, has left the room. Eventually, and with more than a little pain (and a second lidocaine injection), I wind up with an IV taped down to my right wrist.

We depart for the cafeteria, so my support team can eat while I look on in idle hunger. At some point, the banana seeks repatriation with the outside world, so I head off for the bathroom. Where I find that my right wrist is bound almost immobile, and certain necessary sanitary functions are improbable unless I plan to return to the Nuclear Medicine unit with feces smeared all over the Coban covering up my IV port.

Let's just say my left hand will need occupational therapy, and I used more toilet paper than a carload of teenage girls on a Mountain Dew binge. The curtain of good taste will be drawn over further elucidations of this issue.

We wound up reading our books in a nice lobby by the upper terminal of the funicular, with a spectacular view of the Willamette Valley. Eventually we return to Nuclear Medicine, where things proceed more or less as planned. I drink contrast dye, which makes me queasy. I get shot up with the glowjuice in the tungsten-jacketed syringe taken from the lead box. I spend an hour largely sleeping in the dark. I get strapped to a table for 45 minutes for the PET scan, whilst

tillyjane look on, and my bad shoulder makes itself known. I get shot up with more contrast dye, which makes my face, genitals and anus feel like someone is holding a match to them. I get strapped to the table again for 15 minutes for the CT scan. Finally I am released. We are informed that the problem of the bad orders in MyChart has already been escalated several levels of management, accompanied by "a lot of yelling."

I won't have the results til Monday, but I am a lot more relaxed than I was before the test. The oncology consult is much more the inflection point on all this stress, but it is the test that gets the attention of my lizardbrain. And had we been forced to postpone the test date due to the banana incident, the logistical and emotional disruption would have been incredible. So I'm very glad the OHSU Nuclear Medicine people came through, I'm very sorry I ate the banana, and I've learned my lesson about following written orders.