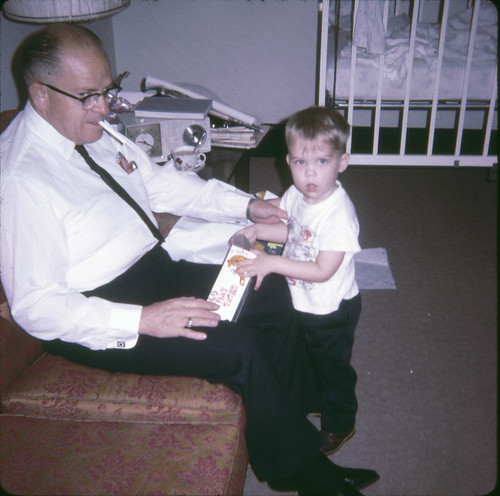 calendula_witch and I are off to the hospital shortly for a chest x-ray, followed by a post-operative consultation with the thoracic surgery team. Insofar as I can tell, my recovery is going quite well, but the fluid build-up in my chest continues to be a significant irritation. Right now my chest hurts anew. Yesterday the fluid there found new channels, including one reaching my sternum. To be discussed. I'm also hoping for a return-to-work authorization for 12/14, or possibly even late this week. I'm getting bored enough to miss that, though I'm not ready for it just yet.

After that we see the oncologist to review the pathology reports and prescribe the chemo. Current expectation is that the port will be installed in my chest about a week before Christmas, and that we'll commence the infusion process in early January. When I have confirmed details, I'll lay this out. Frankly, this terrifies me. More to come on all fronts.

Once we're done there, we'll pop downtown and pick up

shelly_rae at the train station. Then we'll be planning my next month or so, and locking down life under chemo. At this point, I assume I'll be cancelling all travel, including convention and workshop appearances, through June, but I'd love to be wrong. The only open question is whether

the_child and I can still go to California over Christmas.

calendula_witch heads back to San Francisco tomorrow, barring some extremely unusual developments. (ie, something weird popping up in today's oncology consult.) My life might be normal(ish) by next week, if I'm lucky.

Still not able to read complex material, but things are coming back to me. I am starting to randomly fire off story ideas, which is a good sign. Also very much normal behavior for me. In other news, my short story "Permanent Fatal Errors" has been accepted for the anthology Is Anybody Out There?, a Fermi paradox themed book edited by Nick Gevers and Marty Halpern. This is another piece of the Sunspin continuity, and deals with some critical backstory elements connected to a core McGuffin.

Ah, the perils of cancerbrain.

calendula_witch and I actually left the house by automobile. I've been walking, but otherwise indoors, since the surgery. Videos needed to be returned, and one re-rented, and I just wanted out. (As it happens, the ride was intensely uncomfortable due to my chest swelling issues, but still worth the effort.)

As we were preparing to leave, I could not find the car keys. I'd swapped cars with Mother of the Child, as her seats are much higher and more vertical than those in either the Genre Car or the Witchmobile, and are built such that I can position myself with less pain and discomfort.

the_child had left me with the keys, but they were nowhere to be found.

calendula_witch and I tossed the house. I called MotC and

the_child, both of whom had gone over to her friend D—'s house for dinner, on both their cell phone and on the landline at D—'s house. No answer on either line (calls 1 and 2), so I called back and left an urgent message on each trying to find out if

The car keys were eventually found in my pocket. (Ahem.) I called back both numbers and left messages saying everything was alright, no need to call me back (calls 5 and 6). A few minutes later, D— called me back (call 7). We had one of those conversations one has with children where an otherwise erudite and verbose child suddenly acquires the conversational agility of a soap dish.

jaylake: "Nothing now. We figured it out.

the_child called me back (call 8). We reprised the same conversation, right down to the dull-voiced and uncomprehending refrain of "What...?"

A few minutes later, Mother of the Child called me back (call 9). I carefully explained that I was trying to head off further phone calls by telling people everything was alright, that my initial message no longer applied, and they really, really, really didn't need to call me back any more, really, I swear, everything was fine.

So, the net is that I'm having chemo, from January to June. I have a lot of logical fears, and some illogical ones, but the big kahuna of chemo fears is my dread of the mental blunting. The effects of "chemo head" scare me spitless. Add to this my concerns about the long-term effects of peripheral neuropathy, and I have plenty to keep me occupied. I will cope with these fears as I cope with everything, by running toward them and owning them. But that's the view today.