Don't forget the new caption contest [ jlake.com | LiveJournal ] — Entries will close in a day or two. And a Pinion ARC will definitely be in the prize package.

barbarienne on eBook production costs — To touch back on a common sore point on this blog and elsewhere.

Mad about English: The age-old language struggle — A review of a fascinating book. (Snurched from Language Log.)

Cellular Wonders — The winners of the American Society for Cell Biology's annual image contest reveal the beauty within cells. Some truly lovely microphotography.

x-planes with the Cedric Lee monoplane, circa 1914 —

Gangsters, Discharged Police Officers, Athletes Gone Astray... — Ta-Nehisi Coates on the beauty of historical writing, plus some interesting labor relations stuff. I found Ford's denial at the end of the piece to be fascinating. It's a classic conservative, "who are you going to believe, me or your lying eyes?" ploy.

?otD: Have you stopped beating your eggs yet? 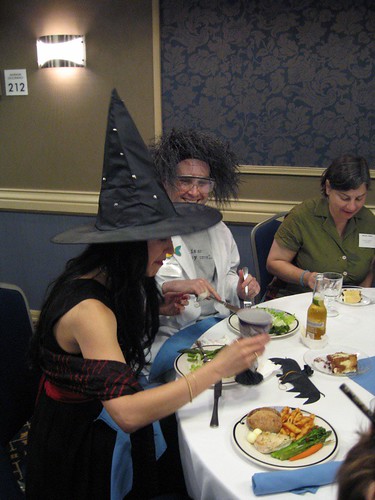 Yesterday was a very tough day. I was coming off the Dilaudid, almost cold turkey, because I'd grown so sick of being vague and sleepy. My pain levels were up slightly, my discomfort was up considerably (oddly, physical therapy helped rather than deepened that problem), but mostly I was feeling very bleak.

I have a long history of depression. I was hospitalized in my mid-teens following a suicide attempt, and was under mandatory psychiatric care until I was 18. I continued in therapy voluntarily all the way through college. Somewhere in my mid 20s, depression stopped mattering. The grim ghost had lost its fangs. I've continued in and out of therapy situationally since, including right now to help me cope with cancer, but I've never been back in the grip of the beast.

shelly_rae, who's here taking care of me, and

calendula_witch, who's down in California right now.

Luckily for me, everyone who loves me loves me just as much when I'm a mess.

But I hate this. I know that a decent part of yesterday's issues was Dilaudid withdrawal, compounded by pain and stress. Depression is a side effect of withdrawal. More to the point, it's a symptom of cancer. The grim ghost has come back to visit, and plans to settle in and stay a while.

As an adult, I've developed the habits of relentless optimism, boundless energy, reflexive positivity. Those are the tools that built my writing career during the decade+ when I wrote and submitted without success, in the nearly a decade since as I've experienced my career through its ups and downs, in the twelve years I've been parent to

the_child. Those are tools which are being challenged badly now — as

shelly_rae points out, in depression you focus on the small things because the large things are too horrible.

This morning we go to chemo class at the hospital. That will probably not improve my disposition, except in the sense that more information is always better. Still, I go on. What else can I do?

Depression might be the worst of cancer's gifts, but by God I'll find a way to make it into a gift.
Collapse