calendula_witch talks about our weekend

A Softer World appears to have broken into my head — As

The year in materials — Mmm, science.

?otD: Have you rung your solstice bells? 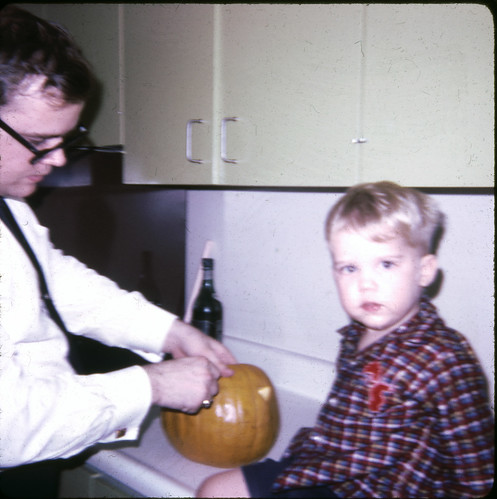 This work by S. Bryant is licensed under a Creative Commons Attribution-Noncommercial-Share Alike 3.0 United States License.

It occurred to me this weekend that I haven't made a writing process post in a long time. This irks me a bit, as my core identity is that of a writer, and one of the core purposes of this blog is to talk about writing and publishing. One of cancer's smaller thefts, to be sure, as obvious as my distractions have been.

Spent a delightful weekend in Seattle with

shelly_rae and I went by a party at Red Rocket Station. Sunday included a nice six-cornered brunch with Kij and Kessel before we drove home.

And boy did this weekend drive home the "spoon theory" that the MS and some other communities talk about. My spoon issues are transient, not permanent, but they're very real. Making a 400 mile round trip three days after my second surgery in three weeks was perhaps not the wisest way to manage my spoons, but I'm glad I did it.

brendacooper said to me at

tbclone47's party, "I'm used to seeing you with more energy."

Sleeping has gotten more difficult these last few nights. Both sides still hurt, more in the sense of "extreme discomfort" than "post-surgical pain". And the swelling is sufficiently reduced in my port implant that I'm becoming extremely and continually aware of its presence inside my body. Weird, very weird.

Likewise, the experience of a continual cycle of exhaustion, recharge and energy is a preview into chemotherapy. Those of you know me IRL know how I just race forward all the time. No racing for this Energizer bunny, not for months to come. I've got a couple of strong weeks ahead of me, then I'm in the spoon drawer until at least July.

As an aside to the spoons issue, I also have begun to note patterns in my exhaustion. If I rest before I'm wiped out, more frequently and for shorter periods, I get more done. Prophylactic naps are in my future. Conversely, if I'm engaged in a high-intensity activity like driving or sex, I can way overshoot my limit without realizing it until I've wound down. Then my need for rest is overwhelming.

As an aside to chemo, albeit an important one, last night

calendula_witch and I realized that the sexual restrictions on chemo are much more complex than advertised so far by my medical providers. I've had discussions about condom use (I will be the Toxic Avenger, and pretty much every bodily emission of mine will be dangerous), being told by different providers everything from "a day or two after chemo" to "constantly until several months after you are done." But that assumes a very simplistic view of sex and sexual acts. They've been a bit coy about details. For example, I'm supposed to work very hard to avoid bacterial infections. Does that mean my performing oral sex is right out? So a deeply frank phone call to my oncology nurse is in order shortly, simply so I know where to set the pins.

Lots going on, lots to think about, and hey, it's the solstice! The sun returneth to my sky! Though

calendula_witch leaves for San Francisco shortly, which dims my world a bit.

Happy Solstice, all, and stay healthier than me.

The oncology nurse called me back this afternoon. I asked her first about the changing sensations in my port implant. She believes that the tissue swelling has gone down enough for me to be aware of the device, and that the awareness will diminish as I become more accustomed to it. At the moment it feels as if someone left a Bic pen inside my right chest.

Ah, the things we need to deal with. This was so much more interesting than my talk with my dentist.

kenscholes just departed Nuevo Rancho Lake. He'd dropped by to record a podcast with me for Tor.com, and we shared pizza and salad with

the_child. Neither of us was in top form, but the podcasts came out well, and it was good to connect. Me, bushed, sleeping Real Soon Now.