daveraines on my cancer, from a Christian perspective — Dave's a pastor whom I like and respect a great deal.

E-Book Pricing: Attack of the Consultants — Andrew Wheeler is snarky (and interesting) about the book market. I especially like his observation about the limits of competition. It's really not a zero sum game.

Ring Shadowplay on a Saturn Moon — Something to make you smile, from Bad Astronomy.

Honda develops a motorized unicycle — (Thanks to

Imprecatory prayer — And people wonder why I'm an atheist. In truth, not because there are religious nuts; there are plenty of non-religious nuts. I do feel accurate in observing that religion privileges many kinds of nuttery that would be diagnosable outside that context. Though I do love the notion of God as an inept assassin. (Thanks to 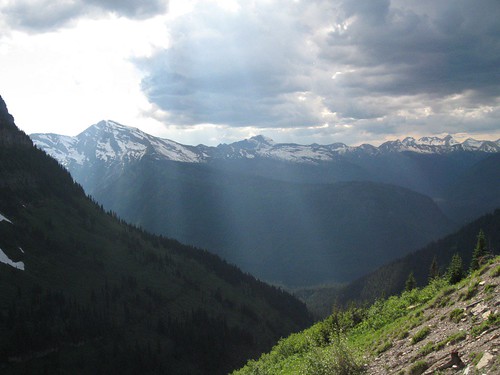 I've received various comments on my cancer in a religious context here and there. Almost all entirely well meant, and some well stated. As I mentioned yesterday, even my clinic advises coping through my faith.

Except I have no faith, in the sense that they mean the term. I am an atheist.

I have faith in many things: Gravity. Entropy. The sheer perversity of the universe. Human nature.

calendula_witch and so many other people in my life. The healing power of a good pizza. The glory of sex. Tomorrow's sunrise. The value of a good story.

But those are all small-f "faith." And I am a small-a "atheist." Low Church Atheism, I call it in my snarkier moments. No more than

daveraines is out to convert me am I out to deconvert him. I firmly believe (have faith?) in our First Amendment freedom of religion. You can believe in YHWH, God, Zeus, Allah, Zoroaster, Gaea, the Flying Spaghetti Monster or the Verruca Gnome for all it matters to me. They're all equally provable assertions, which is to say absolutely unprovable. Your Faith is as important to me as your favorite color. Which is to say, if I like you, I care that you care, but the thing you believe in has zero impact on the real world.

Basically, if you're a person of Faith, unless you're a pagan or a polytheist, I only believe in one less god than you do. Really, we do have a lot in common.

The fact that you believe can have tremendous impact. Viz the Crusades, the Inquisition, the World Trade Center attacks, imprecatory prayer for the death of Senator Byrd. But that's not God talking, that's the insecurities and needs and beliefs of millions of individual people who look to God for comfort, rationale or revenge. Or something. I don't know, I'm not them.

What I do know is that religious belief is strongly privileged in virtually every modern society except some interpretations of the Socialist-Communist spectrum. Our own First Amendment guarantees freedom of religion, but not freedom from religion, which I think would have been far more foresighted of the Founding Fathers.

Faith can reinforce certainty, until we get the lunacy that is modern conservative movement, where politics, culture, a specific swathe of Protestantism and a whole lot of white resentment have been braided together to form a lash that scourges our body politic, sabotages our culture, and makes the United States the laughingstock of the world. Without the strand of Faith in the braid, the whole structure of the post-Nixonian Republican party would have been vastly different, and the world quite possibly would not have suffered the presidencies of Bush the Younger.

Likewise, Faith consistently privileges behaviors that would neurotic or psychotic in any other circumstance. Or simply criminal. From Catholic abuse scandals to snake handling and glossolalia to honor killings, people of faith behave over and over again in manners that would have this atheist locked up, and rightly so. And because it's part of their Faith, their consciences are undisturbed and their lives are called good.

Tell me again why I need Faith? For anything?

So what we have is a gigantic social structure that seems to be as old as human consciousness. It clearly fulfills a vast and fantastic need in the human spirit. And yes, I have a spirit, too. Anyone who's ever read much of my fiction knows that I am on a spiritual quest of my own. I constantly interrogate many of the same questions that Faith is supposed to interrogate. What is my purpose? How am I to act? Why is there good and evil in the world? To whom are my higher loyalties owed? Who is responsible?

Being a rank empiricist and good-hearted skeptic, I can only look for those answers within myself. Sometimes I feel like Jacob wrestling with the angel, in a world innocent of the corrupting touch of God.

I don't lack Faith. To say that implies that Faith is a requirement, or a default condition of being human. I simply don't find any cause to have Faith, any more than I find any cause to believe in the influence of retrograde Mercury on my daily life. And for precisely the same reason. If I lack Faith, I lack it the same way I lack my third hand. It was never a necessary part of me in the first place.

(As an aside, I was raised in Faith, during my early years. My grandfather Lake was a preacher in the Disciples of Christ. I still have a shelf of Bibles and concordances, some of them inscribed with praise for my studies and my knowledge. I even attended missionary schools in my youth. My views of Faith aren't from a lack of exposure, trust me.)

All of which is why I am an atheist. Ultimately because I see no reason not to be, except wishful thinking and the spiritual yearning that all human beings share. Wishful thinking I can dispatch with a wave of my adult hand. Spiritual yearning I address through literature, writing, discourse and thought. Perhaps you could argue I am my own god, but I don't think I'd ever make that claim seriously.

As I said yesterday, a well-meaning acquaintance recently told me, "I just don't understand how you can do this without faith in God." I'm not sure if he was referring to my suffering, or the real and significant confrontation with mortality that this disease represents. Perhaps both. I didn't ask, because I like him enough not to want to communicate my sense of insult, and I don't like him so much to want the effort of working through that together.

As an atheist, my simple response might be, "What does God have to do with this?" If God, in the Evangelical Christian sense (his perspective), is real, I could only blame Him for my disease. He is said to act directly in our lives, sending red Mercedes to the deserving and hurricanes to punish the gay. Retail religion, I suppose, and I got handed a rotten apple here at the divine service counter.

Do I need God to blame? No. I don't really need anyone or anything to blame, but I suppose if I do, it's myself and evolution. Colon cancer isn't explicitly a lifestyle cancer, like smoking-related lung cancer, but possibly if I'd eaten a lot less fried food and red meat, and lot more fresh fruits and vegetables, I could have postponed this. I don't carry the known genetic markers (we've checked, and also I have no recent family history). Evolution, well, cancer is a cell division error, fundamentally, a disease of self-repair and reproduction. And what is evolution but cell division accompanied by recombinancy? Welcome to the universe, mister vertebrate. Here's your long odds.

Do I need God to comfort me? No. What comfort would an invisible, unprovable assertion bring me? I have family, friends, lovers, co-workers, readers, fans, and random strangers who offer me far more support and comfort than I know what to do with. No one can reach into my side and still the twanging of the nerves in my ribs right now, not God, not

calendula_witch, not my doctors. I can only cope, and work through it. No one can reach into my bloodstream and still the tiny assassin cells that lurk there, waiting to colonize my liver and lungs, except my doctors with their arsenal of drugs. My comfort lies in living, pushing forward, struggling, and perhaps eventually dying with some grace and meaning.

My life does have intent, and purpose. Cancer has focused that to a point beyond pain. Some people find intent and purpose through Faith, and unto them I say, yea, verily, go forth and do what raises your spirit. I cannot see anything in Faith except the barking of carnies and the psychological needs of a lonely ape long lost from his East African plains, and so I find my intent and purpose in myself, in my circle of love and friendship, and ultimately in these words.

Am I richer for it? Who's to say? But I'm happy all by myself, without God. In some ways, happier than I've ever been, right now, with two holes in my left side and four holes in my right side and a medical appliance poking against my throat and some dreadful poisons two weeks in my future.

Are you happy? With or without God? For your sake, I hope like hell it doesn't take cancer for you to answer that question.

Several further email exchanges with the oncology nurse provided some interesting clarifications. I was advised to be careful about "sloppy" kissing. Also to note that tears, saliva, urine, et cetera would all have traces of the drugs.

She wrote me back and commented that she thought that most of the science around chemotherapy and sex was about teratogenecity.

I understand this from a liability point of view. I understand this from a conservative medicine point of view. I do not want to introduce cytotoxins to my loved ones through sex, kissing or even excessive sweating. I truly will be the Toxic Avenger, as will anyone who goes through this process. I will not be cowboying my way through my intimate life against all medical advice.

But I find it amusing, and frustrating, that the focus is so overwhelmingly on fertility and its risks that there doesn't seem to be a clear-eyed view, or available information, on the chemo risks in nonfertile sexual environments. Which would of course apply to gay/lesbian couples, the elderly, and anyone of reproductive age who's been medically or surgically rendered infertile. That has to be a fair amount of people, all working under this fertility management regimen.

On a Day Jobbe break, headed for the post office and mailed out about 40 Pinion ARCs. Receipt is longer than I am tall, totalling well over $100. Came home with a box to find I now have a big pile of Death of a Starship. The total count of volumes here at Nuevo Rancho Lake does not seem to have been reduced.

Is the universe balancing its books?