Table of Contents announced for Year's Best Science Fiction 27, ed. Gardner Dozois — I am quite pleased to note that my short story from Lone Star Stories, "On the Human Plan", appears therein, that piece's second YB nod.

I Am a Genius of Unspeakable Evil and I Want to Be Your Class President by Josh Lieb — An interesting review by Andrew Wheeler.

In Russia, Apophis impacts YOU! — Bad Astronomy on dangerous imprecisions in the Russian space program's leadership.

Bush press secretary Dana Perino: "We did not have a terrorist attack on our country during President Bush's term." — Um, yeah. This one's a few weeks old, but I somehow missed it at the time. And people wonder why I think conservatives are nuts. That isn't exactly up there with forgetting to buy eggs. (Remember how Your Liberal Media tore Al Gore to shreds over a misrepresented statement about his role in funding the early development of the Internet? Your Liberal Media was all over this one, weren't they?) 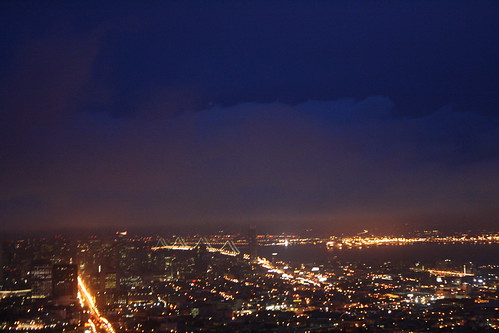 calendula_witch said about yesterday. Fun but exhausting. Day Jobbe is wrapping early for the holiday, and we're off to the Mendocino coast soon. May not be back online til Sunday, then back to Portland that evening. A safe and happy New Year's holiday to all, and a healthy and prosperous 2010.