daveraines with an interesting take on my new short novel, Death of a Starship

Longacre Square: 1904 — Shorpy with a photo Times Square, way back when.

Juan Cole contrasts Bush response to shoe bomber with Obama response to underwear bomber — More to the point, contrasts press and commentariat coverage of same. Your Liberal Media, enabling conservative lunacy for years past and to come. 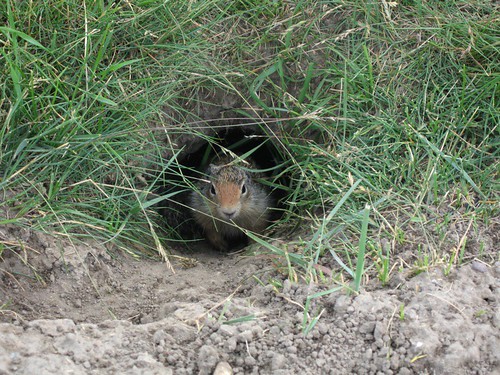 Every single time I see my oncologist, my insurance carrier informs me by mail a few weeks later that she is out-of-network and pushes the entire claim to my (substantial) out-of-network deductible. Every single time, I call my insurance carrier and wrangle with them, until they admit she is in fact in-network, and reprocess the claim. These calls take up to an hour a pop. Every call is as if no such call had ever taken place before in the history of time. Completely ab initio, always.

Today's call was especially frustrating, because the front line rep I spoke to told me that none of the 2009 claims for my oncologist had been paid, they were all being held to be reprocessed as out-of-network. (This is a difference to me between $40 per visit and almost $300 per visit.) I knew this couldn't be true, because I'd have a stack of nastygrams from my clinic's billing department if all those visits had gone unpaid. When I asked for a supervisor, my call got dumped. I finally fought my way back through the automated menus and two layers of reps for another supervisor, who told me the same thing the front line rep had told me. I dogged him, politely despite my frustration, until he finally decided the previous claims had been paid by being reprocessed to the clinic's provider group code instead of my oncologist's (allegedly non-existed) provider code. He also told me they wouldn't do that any more, that I needed to get the clinic to bill under the provider group without including a provider name. All of this joy took over ninety minutes to work through.

The clinic, of course, has told me in the past that the carrier's provider line assures them my oncologist is in-network and none of this is necessary. I'm also very dubious of the carrier being willing to process a claim without any provider being named, since that seems like Fraud Risk 101 to me.

What it boils down to is a problem no one can fix, that I own, unless I want to start paying out-of-network costs. I will see this oncologist every two weeks for the next six months as part of my chemotherapy regimen, which means I will spend thirty to ninety minutes on the phone every two weeks for the next six months convincing my insurance carrier of the same damned thing every time, unless someone can fix this. And god help me if I were a head injury victim, or mentally ill, or deep in chemohead, say, and unable to be articulate, firm and persistent, and deftly employ the command of managementspeak and customer service lingo that my twenty-five years in marketing and sales have given me. Because basically, I'd be screwed if I weren't so overqualified at dealing with indifferent and stupid bureaucracies.

Meanwhile, they steal my time, sap my energy and morale and generally make my life difficult, solving the same damned problem every time.

So, all you conservatives who oppose healthcare reform because our current system is "the best there is" can suck on it. Kiss my cancer-ridden ass. My healthcare delivery is fine, even magnificent, but the magical free market private sector health insurance is a retarded behemoth that is sucking my time and energy which I could be using to almost any other purpose so much more effectively. A decent single-payer system, combined with the current competitive public-private provider network, would deliver exactly the same quality healthcare at a substantially reduced cost and a fraction of the hassle.

Every one of you "death panel" nuts and "don't let the Democrats win this one" political thinkers ought to spend a few months in my shoes. Then tell me how great the current system is. And I'm one of the lucky ones, in our current system.