Best Fantasy Story of 2009 Poll and Contest — Fantasy magazine with a poll. I note immodestly that I have a story in this poll, "People of Leaf and Branch".

What Could Have Been Entering the Public Domain on January 1, 2010? — (Scott Edelman via

calendula_witch with some more photos of my scars (and tattoo) — Slightly NSFW.

Smile! You've got cancer — Barbara Ehernreich on cancer and the tyranny of positive thinking. (Thanks to

danjite.) Per my brother, see also this related piece in The Economist.

Looking Into the Past — A cool site restaging photos. (Thanks to

The Future of Human Spaceflight — Are astronauts close to extinction?.

The Year of the Assassin — A leftie semirant which I found pretty interesting. Lots of comments on the American attitude toward war, including this gem: if we are no nation of warriors, from the point of view of the rest of the world we are certainly the planet’s foremost war-makers.

American Evangelicals and the Ugandan anti-gay hate law — You really are responsible for the consequences of your beliefs, people.

?otD: Are you a rocketman? 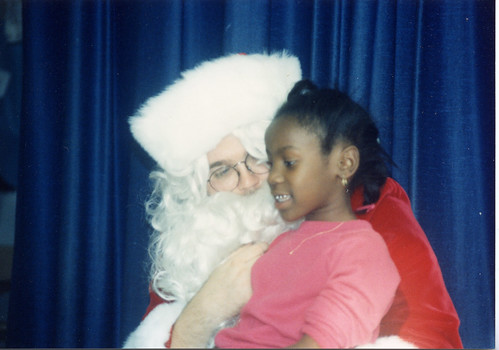 Me as Santa Claus, circa 1988. Photographer unknown.