James Randi discusses chemotherapy — Of interest to me, for certain.

Airship transported — Such an odd photo from x planes.

The etymology of "clitoris" — The last line is a killer. (Via @matociquala.)

Scrivener's Error on (among other thing) academic liberalism — A key point which doesn't get made often enough. The American conservative view that "if you're not with us, you're against us" has been bought into by the media, and by many centrists and liberal-progressives. It's really not a bipolar axis, even if many observers (including myself) often fall into the trap of assuming so.

You can never go home again (and nor should you) — A fascinating point about mortgage defaults. 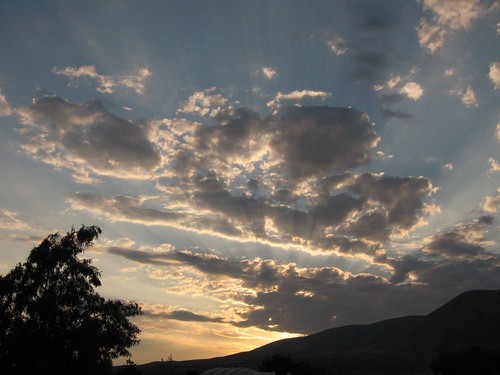 Well, three days after chemo, it continues to be clear that the issue is keeping my digestive system a little bit busy whenever I'm awake. I ate something close to a normal meal last night, prepared by the lovely and talented

shelly_rae. But mostly, as discussed previously here, the key is a little bit of food every hour or so. Because when I run out, Bad Things Start to Happen.

Lower GI continues somewhat distressed, but not to the point of needing medication (which I have). Weight is maintaining ok, mildly to my surprise. And I think the food issues are stabilizing as I get further from the infusion dates. From my current vantage point, the hardest part appears to be staying ahead of the eating trends after each cycle.

scarlettina is coming to visit for a few days, and I'm going to try for a lightly social weekend in Seattle — probably my last out of town trip this spring except for hoped-for excursion to Rainforest Writers Village. Another walk this morning, another day of work, some more writing this afternoon. Life goes on.

As a part of a larger comedy of errors this afternoon, had an incident with a trucker which has become annoying. I had to pick something up urgently over near E Burnside just after 2 pm. Got two blocks from my destination and was stuck behind a truck which was trying to spot a trailer into the 7-Up plant. This guy took ten, fifteen tries, couldn't get it anywhere near. After literally five or six minutes, I gave up, pulled to the curb, walked to my destination and picked up what was needful. Coming back out, the trucker was still at it. By now there are between 50 and 100 cars backed up on NE 11th, E Burnside is snarled, a construction project is jammed up. About ten minutes has passed.

I've never seen anything like this. Back in the mists of time I held a Class A license, before they switched to CDLs, I know how hard that kind of city driving with large equipment can be. But this was beyond incompetence or bad luck and somewhere into weird. Or drunk. Or something. Frustrated, I photographed the truck and plates, got back in my car, and waited to get out of there.

Eventually I get home and call the City of Portland traffic division. Nothing they can do, recommend I call the carrier. Prowl around the ODOT Web site, file a complaint with the motor carrier enforcement people. Call the carrier to tell them I've made a complaint, figuring they might want to work it from their end. The dispatcher starts giving me shit, then dumps the call. So I call back and ask for a supervisor. He tells me he is the supervisor, gives me a bullshit alias, and dumps the call again. So I call the cell phone of their sales manager and tell him the whole story, from the top, emphasizing that I know as a noncustomer they don't really have an investment in my opinion, but that this was deeply unsafe and rude. As I pointed out to the guy, I could and should have called Portland 911, but chose to go with ODOT instead.

Not naming names (or posting the photos to Flickr) now, because I'll let the process wind itself out. No need to embarrass the company or its employees. But it was truly bizarre, and the attitude of the dispatcher was a total capper. Oddly, it was almost a relief to have a crappy experience that wasn't cancer related.