Eclipse over the temple of Poseidon — Another stunning APOD photo.

The girl who conned the Ivy League

?otD: Would you have marched? 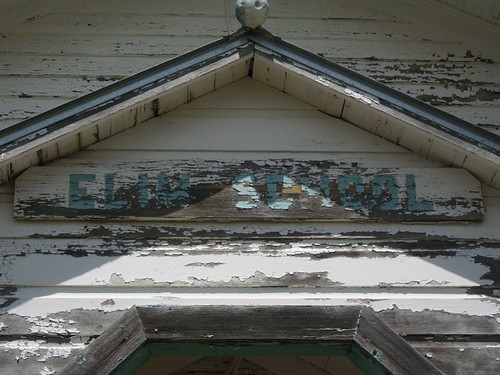 Into the "good" week now. Chemo session in four days. It's pretty clear now what I can expect from the next sessions, though part of that expectation is a gradual deepening of the side effects over time. In other words, I don't expect the same experiences, just similar ones.

Given the extreme toilet-based festivities of the past few days, I'm going to have to add significant digestive disruption to the eating problems and the fatigue. I'm back to sleeping about my usual amount, and waking up by about my usual time, and my morning walks are fine. I do okay with the workday (6 am to 3 pm in my world), I seem to be able to handle an hour of writing right after work, but then I'm pretty much baked. By 6 pm, a flight of stairs is a major challenge. By 8 pm, sitting up is very hard work.

I feel needy and weak, in ways that are difficult for me to accept emotionally. Logically, I understand this. And I'm incredibly thankful that everything thrown at me so far can be reasonably coped with while maintaining a decent facsimile of my usual lifestyle and priorities.

So home to Portland tomorrow, bidding farewell to

calendula_witch arrives, and we have a couple of days of normal people time together before hieing off to the infusion center on Friday. Another round of living in the chemo mode.

More on religion, politics and me, following this recent post and its rather robust comment thread, as well as part 1 of this post. This is where I want to discuss some of my own errors of thought, and try to establish how I want to redirect both my thinking and my rhetoric accordingly. Absolutely a work-in-progress, not a manifesto or a position statement, and as such subject to all the usual scrutiny, challenge and cross-questioning that goes on around here when I raise these subjects.

It's been difficult for me to approach this, because in a very real sense, I have too much to say. Even trying to focus it down to a re-analysis of my views has been pretty challenging. I've had continued discussions online or in real life with some of the usual suspects, with

gvdub being especially wise and tolerant of me.

scarlettina and I have touched on this several times this week, with her Jewish perspective leaning in yet a different direction.

For reference, though I am a very strong atheist today, I was both heavily churched and Christian-educated (missionary schools in Asia and Africa) in my youth. My own church background is Disciples of Christ, with a strong leavening of Southern Baptist, and some small amount of later Episcopalianism sprinkled on for variety. This means my understanding of religion from the inside, such as it is, stems from a rather specific Evangelical Protestant perspective. Combine that with almost two decades of living in Texas as a nonreligious adult. The state is in some senses is a wholly-owned subsidiary of the Southern Baptist Convention (at least so far as Blue Laws, alcoholic beverage rules, political expressions of faith and media coverage go). You can readily perceive my exposures, and my flinch points from that history.

Now, on to a rather lengthy exegesis of my reflections.

That's as far as I've come on the errors of thought. Surely there's more to say, but I've already burned far too much wordage on this.

I'd also like to spend a little time on (hopefully) positive statements about faith, religion and public life, stemming from these same recent assessments of my beliefs and writings.