I am interviewed at Topzine by Jakub Ehrenberger — In Czech.

Cherie Priest on the things authors do and don't control — About once every month or two, I get asked by someone, "Why don't you have you book made into a movie." Man, I wish I'd thought of that! Heh.

My Facebook "friends" go to town on a bad writing sample of mine — Stupidly funny, especially if read aloud like bad poetry.

Life among the pirates — A fascinating piece on Peruvian publishing and book piracy. Really, this piece is a lot more interesting than that makes it sound. (Ganked from, erm, somewhere.)

Emerging Exoplanet Resources — For all you skiffy writers, from Centauri Dreams. A bookmark-worthy link or two in there.

Climate Change Authority Admits Mistake — Oh, lovely. Not that climate change denialists need evidence, but this sort of crap gives them a lot of ammunition in their fight against reality.

Demoralized Democrats — But the reaction congressional Democrats have had to Coakley's loss has been much more shattering. It has been a betrayal. Yep. We get the country we deserve, and the Democratic party is going to push us right back to the toxic morass of Republican governance, with all that implies for the continued decline of America.

Roger Ebert writes a letter to Rush Limbaugh — People wonder why I think conservatives are crazy? Read what Ebert has to say to the leading voice of conservative America about Limbaugh's own words.

?otD: Don't the sun look angry through the trees?

Your Thursay moment of zen. 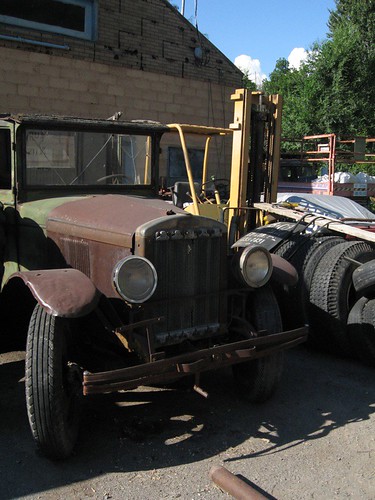 I have long observed that the common American speculative fiction writer (Scriptor americanus s.f.) goes through a number of stages during larval development, prior to emerging from their paper chrysalis as a full-fledged author. Drawing largely from my own experiences, as well as keen observation of the flocks and herds of writers who routinely migrate through Nuevo Rancho Lake, I hereby propose an initial atlas of these stages, with modest comments.

Additions, corrections, observations and footnotes are, as always, welcomed.

After re-reading volumes I through XVII of A Game of Throne-Captains of the Mystical Vagina of Time, the writer will exclaim, "I could do better than this! A monkey could do better than this!" Many amazing careers have been launched from this moment. It should be honored, much like any moment of conception, possibly by bunking out for a wet wipe and a smoke afterward.

This is harder than it looks. Kind of like last night's sausage.

The writer often first imitates the text that first brought their pen to page, or fingers to keyboard, or crayon to butcher paper. Sometimes development at this point diverges into Fanfic americanus s.f, sometimes it results in efforts at novel creation, as well as the creation of novels. With luck, the writer soon learns that verb agreement matters, as does POV. Otherwise they become a romance author.

The writer creates fiction that a close friend or family member actually likes. The first surge of confidence emerges. Possibly they seek out a workshop, or attend a convention for the first time as a would-be pro rather than a fan. They are proud and happy. The writer should cherish this moment, for they are in for a world of hurt to come.

You don't get it. Everyone's a Philistine.

The writer's first workshop is tepid about their work. Small flaws are pointed out with the loving kindness of mentorship for which over-the-table critique in the back room of the local branch library is justly famous. Errors of judgment in using Zapf Chancery for the manuscript are gently corrected. The issue of employing other people's copyrighted characters is raised without aspersions being cast on the writer's motives or competence. The value of closure, or indeed, an identifiable ending of any sort, on a story not destined for an early 1980's issue of The New Yorker is strongly suggested with firm intent. The writer retreats to lick their wounds and denounce the fools who do not understand them.

The undiscovered genius. You poor, deluded fools will never know my worth.

The writer has achieved not just competence, but even a measure of inspiration. (Or perhaps the reverse.) They now realize their work is the equal of anything on last year's Hugo ballot. They wait confidently for the publishing world to recognize this fact. The publishing world fails to recognize this fact. Slowly, bitterness dawns in the face of such callous rejection of obvious, overwhelming talent.

The Conspiracy Theory of Publishing. Why are all you guys in the bar together?

The writer notices all the pros hanging out in the bar at cons with each other, with editors, agents, critics, publishers, booksellers, odd job men, and shifty foreign types. They seem to be laughing and having a good time. Clearly, the entire publishing industry is set up simply so people can publish their friends! This is why the writer has not yet succeeded! Bitterness at continued undiscovery blossoms into righteous anger at the manifest injustice of this conspiracy to keep new talent down!

Eventually the relentless stream of rejection wears the writer's emotional and social resources down to a raw nubbin of steaming pain. They mournfully hang up their writing implement of choice, resume heavy drinking, and tell everybody they could have been a contender. Or they become a horror writer.

My friends are selling. Oh my god, I want to kill the bastards.

The writer's workshop buddies begin selling stories, even a novel contract or two. The fact that publishing is a meritocracy, but not a just meritocracy, is engraved on the inside of the writer's skull with gigawatt lasers. They pretend applaud the success of their peers, all the while wondering if they should just go back to re-reading The Mystical Vagina of Time. If they could just sell one damned thing, they'd die happy. At this point, some aspiring writers give up and become aspiring screen writers, where the odds of succeeding are so much worse they make publishing look like a Samish Potlatch on the shores of Puget Sound. That way they won't have to put up with their new friends crowing and buying Mercedes-Benzes.

Oops. I sold something.

Congratulations! The aspiring writer is now an author. With an entirely new set of neuroses and fixations!

1. The above is entirely fictional. I never said, did or thought any of those things. Please be assured I have always been utterly mature in my approach to my desired career during the eleven years between the time I started writing seriously and when I made my first sale. Please.

2. During my own larval phases as a writer, we did not have the Internet we have today. When I was enraged at a rejection or convinced of the banal evil of publishing, I didn't have the conveniences of email or a blog with which to project my ass hattery for the review and amusement of the entire publishing field. All I could do was bitch to my workshop buddies over beer and burgers. Today's aspiring writers have so much more opportunity to achieve high name recognition prior to ever (or never) selling their work, thanks to these new technologies. And with Google, that ass hattery is permanently recorded for future generations to remember you by! Isn't the future awesome?