SF Signal with a review of Other Earths — Edited by Nick Gevers and myself.

Philip K. Dick: A 'plastic' paradox — The Berkeley boho spent his final years in Orange County, which suited him fine, his daughter says.

James Patterson Inc. — About one author's journey to the top of publishing. (Thanks to my Dad.)

The art of cutting leaves — Wow. (Thanks to

Analysis of 32 million breached passwords — (Thanks to

One year with Obama —

tongodeon is wise. Perhaps sadly so.

Why do so many of our political leaders support creationism? — Outside of a framework of faith, Creationism is arrant nonsense that has no place in decision making in a modern society. You don't get to choose your own facts based on faith. Yet the idiocy that is Creationism seems inescapable in our political framework, poisoning the well of thought, debate, education and law. I really like this take on where it comes from as a top-down political trend.

?otD: Are you experienced? 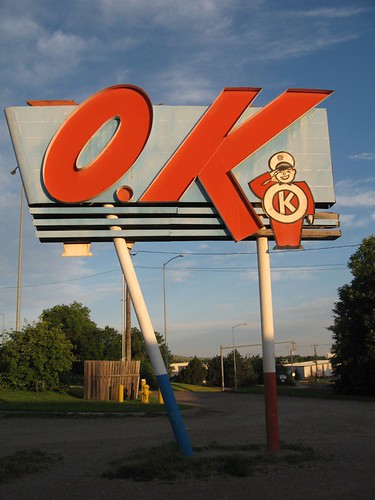 I hate the way cancer bends people around me. The last two days have been very difficult in my family, for reasons which are obvious, and which I will not elaborate on for the sake of the privacy of others. Things seem to be better today, but that remains to be proven.

I've said before that cancer is a social disease. It affects everyone in my circle, from my nearest and dearest to distant friends, and even strangers moved to write to me about the experiences in their lives and families. I receive heart-warming emails, I receive heart-rending emails. Some are both.

But when the stress and fear and rage strike at home, while I'm still flattened by chemo and crawling back out of the drug pit it pushes me into, that redoubles the impact for me. I am surrounded by love, and I love more than freely in return, but sometimes the tide of cancer can even roll over those long, firm seawalls and flood the swamps of my despair.

Had a very revealing chat with a conservative friend today. We've known each other for over ten years. He's a very nice guy, classic Midwestern conservative in his politics, about which we occasionally trade friendly jabs.

On the back of another call he asked how chemo was going. We talked about that, and I mentioned the problems with the HCR bill, commented that the possibility of not overturning lifetime coverage and pre-existing condition limits were alarming to me.

He complained that there was nothing in the Constitution about a right to healthcare, and he was sick of liberals redistributing wealth. The metaphor he used for publicly-financed healthcare was sick people walking down the street asking everybody to pay $20 for their treatment, and why should he have to do that?

I pointed out that one of the purposes of government is to maintain the commons, that he never gets back the portion of his taxes that go to bridges or fire prevention, either. In a society as wealthy as ours, in my opinion, healthcare should be a right. We can afford it.

He said, fine, don't take it out of my pocket. I told him that by the time I'm done with chemo, my treatments will have cost the insurance carrier about $350,000 over the past 26 months, and me about $15,000 in both out of pocket and indirect costs. That if I'd had to bear the $350,000 myself, I'd be dead now. And how is a profit-based insurance system ever going to be incentivized to pay that kind of money for me, except by Federal mandate?

He told me it was the principle of thing, that he just didn't want to see wealth redistributed so freely. I told him I wasn't willing to die for that principle of his, and if he got sick like I am, he wouldn't be either. And that this could happen to anyone, it wasn't ideological or behavioral, it was life. He reluctantly acknowledged I had a point.

I don't think for a moment I changed his position on this. But that is what

daveraines calls a "pain story," and maybe I helped him see my perspective a little better with my pain story.

The thing that baffles me about so many of my conservative friends is that they hold high-minded beliefs with horrid, even deadly consequences. They tend to be so deeply unwilling to acknowledge the consequences of their own beliefs. This once, I got a conservative friend to acknowledge for a moment the true human cost, to someone he cares about, of one of those high-minded beliefs.

I won't call it a win, but I will call it progress.

calendula_witch, Our Lady of the Islands. We predicted 120,000 words, and this draft is 120,100 words. We bad! And here's me, revising through surgery and chemo.

Onward to rewriting Endurance, which Tor is expecting from me soon. Luckily, there is a complete first draft.