For the Love of Culture — Google, copyright, and our future. Nice write up, and terrific apologia for Google. Unfortunately, Lessig is conveniently ignoring the core evil of the Google Books settlement, which is the creation of a proactive license assertable by a third party without a copyright owner's knowledge or assent. (Via @daskey.)

The Monsted Vincent MV-1 Starflight, 1948 — From x planes, this is just cool in a subtle way.

Will the United States Return to the Moon? — Rumors suggest that the Obama administration won't fund NASA's lunar plans.

SETI at the Royal Society — I love the notion of a "shadow biosphere". I've run into the concept before, but not the label, which is perfect. And so terribly SFnal.

Presidential assassinations of U.S. citizens — "Terror" is such a magic word that it makes monsters of us all. The Republicans led us into this mess, but the Democrats have proven no better.

?otD: Do the sun and light come streaming into your life? 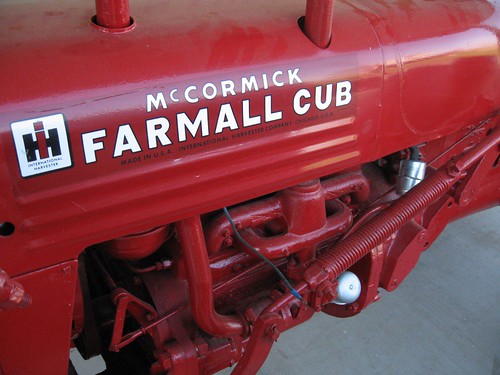 Yesterday was miserable physically, though not emotionally. The previous night's sleep issues bordered on catastrophic. A pointed reminder that while I'm on chemotherapy, my usual reserves simply are voting 'not present.' Even when I might feel otherwise okay, there's no depth. I'm a lake with all surface, no bottom.

(Note to self: you might need to reconsider that last metaphor.)

I made it through the workday constructively and productively, and even managed to regretfully put

shelly_rae on a train back to her Seattle. This leaves me quietly alone at home for the first time in :: mumble mumble :: Lacking any energy, I did not even pretend to write, though I caught part of The Color of Magic on DVD.

the_child came by after school and I watched her play Wii Sports for a while as we chattered. If you're tired enough, just hanging around someone else being active can be wearing.

By yesterday afternoon, my brain was definitely checked out to the point where I avoided email, blogging or anything else where I might later regret what I'd written. Did manage some personal correspondence last night, and even read the last few pages of John Burdett's excellent Bangkok 8 before crashing out for eight and a half hours. Let myself oversleep the "get up and walk" alarm this morning, but did make 30 minutes on the bike.

So, wow. Lessons learned? I'm not sure what. There wasn't much I could do to control Tuesday's digestive misadventures — even Imodium didn't slow it down at all. That stuff is usually solid for me, if I am in bad enough shape to need it. I definitely should have been more diligent about managing my sleep problems that night, but I'm not sure how.

shelly_rae pointed out yesterday I'd have probably been better off sleeping in the recliner than crawling in and out of bed as I was, but by the time that point was reached, my brain was too fogged to figure it out.

It's back to spoon theory. I can still do anything I want, but not everything. And sometimes the "do" choices are out of my control, such as when the chemo takes over my body for a while as it did Tuesday day and overnight. Even my spoons are not always my own.

In slightly related news, down the road a little, I want to frame up two blog posts. One, I want to explore my previously stated notion that conservatism is fundamentally a failure of empathy. That points to some odd conclusions when I work it through, and I need to be very thoughtful in expressing them. Two, I recently mentioned on Twitter and Facebook that there are topics on which I self-censor. I find I want to talk about that, and why I do so, but even raising the question opens the issues that cause me to self-censor in the first place. Again, much thoughtfulness is needed, along with a timeframe where donning a fireproof suit to manage my comment stream will seem like a reasonable idea.

In the mean time, the workday beckons.