Discussion of Google Books Settlement — In yesterday's Link Salad comments, between me and

dr_pipe. Neither of us is an expert, but I think there's some good stuff going back and forth there.

Justine Larbalestier on Mansplaining — Been there, done that, cringed.

The 10 most amazing unexplained artifacts — (Thanks to Dr Varanus.)

How scientists have revealed a dinosaur's true colours — Wow.

Plans for alien contact found wanting — Governments lack frameworks to respond to discoveries. I don't know whether to be amused or appalled. And more to the point, what will the world's religious do? (Via Cheryl Morgan.)

For Young Americans, Health Care Reform Is Our Fight — Someone who gets it. People who support HCR are trying to help everyone. People who oppose it are trying to help themselves. I know which side I'd rather be on. If that weren't true, we'd see significant alternatives being proposed by the Right, instead of "death panel" grandstanding. (And per a comment from @GrayRinehart via Twitter that I'm engaging in hyperbole, I offer the observation that the demographic most opposed to expanding government healthcare coverage is the Medicare demographic, who themselves enjoy significant government healthcare coverage.)

tongodeon explains Creationism — Thoughtful stuff. Interesting, very interesting. My favorite bit: ...creationists like to paint a situation where science is always changing and can't agree while the bible provides a more consistent picture when it's really quite the opposite.

?otD: How many languages do you speak? 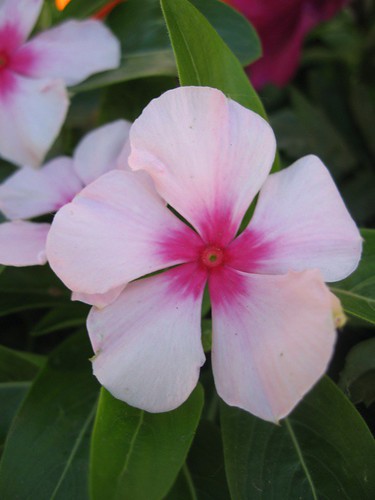 Another somewhat sleepless night, thanks to my lower GI issues making a return engagement. Having applied the lessons of last Tuesday's disaster, I managed to keep both the digestive and sleep harm down to merely annoying as hell, as opposed to nigh-catastrophic. Yes, Virginia, sleeping in the recliner really does help.

It's tough, giving up my activities. I don't think I'll stop resenting the need for additional sleep, and resenting even more the need for daily periods of inactivity, especially after about 5 pm. Giving up so much of my travel and convention schedule is just another annoyance on the pile.

I am looking to move some furniture between two rooms of my house, definitely on Saturday, January 30th. Due to chemotherapy, I'll be pretty useless for this except as a traffic director, and the effort involves both some heavy lifting and some cleverness as most of my tech gear will be relocating in the process. Will take some hours, I expect, all told.

Anybody in for beer and pizza and maybe some free books? (Other foods as well for those not on a beer-and-pizza diet.) Let me know in comments, and I'll track by email as the week goes on.

Current plan is for a "first shift" around 10 am to break down files, move small stuff, etc., and generally clear the way. "Second shift" around noon to deal with large, bulky furniture type issues. And we have one item, a sofa, that need to be moved across town if someone has a van or truck. Updat: The planned truck fell through, so this is definitely an open item.

I've got some RSVPs already, but feel free to renew/remind me, even if you've already replied.

You can analyze much of American politics and policy, not just healthcare, by keeping in mind that the guiding principle of virtually all conservatives as well as many others is the dread fear that someone, somewhere, might be enjoying an undeserved benefit at their expense.