Next threat to Amazon's $9.99 books? Rupert Murdoch — HarperCollins edges closer to the fray.

The Washington Post on Amazon vs Macmillan — Not a bad summation, from a big business perspective, though some of the column's closing thoughts betray the author's ignorance of publishing.

Tor authors express worry over their careers because of Macmillan/Amazon dispute — In which sundry of us are quoted.

barbarienne speaks to the Kindle community — Much more bluntly than I, about ebooks and the direction of publishing. Funny, interesting and largely on target in the points she makes about where the industry is trying to go.

A former music industry exec's view of Amazon vs Macmillan — Fascinating, and well worth the read, whether or not you agree with her.

Pre-Islamic architecture of Iran — Some stunning photos of a place I'll probably never get to visit. (Nicked from

Hubble captures picture of asteroid collision! — Wowzers. Either that the space invaders have arrived.

Why do people vote against their own interests? — A question I've often asked. The GOP would be an minor, irrelevant third party if Americans consistently voted for their own interests. Very little in their platform and policies is of economic or societal benefit to their voting base, and much of it is either lateral or directly harmful. If the GOP had any traction on the issues, they'd run on them. Hence the "God, guns and gays" routine. They don't have substance, if you're in the bottom 95% of wage earners. The Culture Wars keep the GOP alive.

Daily Kos with a poll of things Republicans believe — A live poll of 2,000 self-identified Republicans yielded some bizarre results. Consistent with the FOX News/GOP narratives, so not surprising or deep outliers. And yes, consider the source, but ask yourself how many of these extremely weird findings are repeated in the "liberal" media every day as if they were reasonable talking points.

?otD: Where does the Orinoco flow? 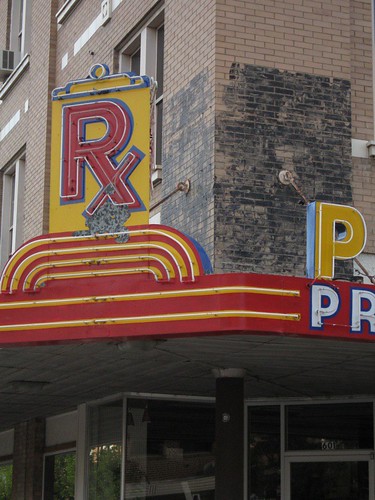 Amazon's behavior so far in their dispute with Macmillan has been a textbook example of how not to manage your corporate image, especially with respect to stockholders. This has not impacted their end customers much so far, I suspect, at least not outside the Kindle community where Amazon's sole public statement still stands as official, having been made buried deep within a chat board, rather than via press release or public statement from a senior executive. (And I believe they've since confirmed it via email, at least according to a commentor on Making Light.)

In a word, this is bizarre. Contrast with Johnson and Johnson's handling of the Tylenol murders, which is literally a textbook case in corporate PR under adverse circumstances. (And to be perfectly clear, I'm not for a moment comparing the Amazon-Macmillan kerfuffle to murder and a multimillion dollar product recall. Our issues here are a tempest in a tiny teapot compared to what was going on in 1982. I'm simply talking about how corporations respond to business crises.)

You don't remain silent in the face of significant business questions. That spooks the shareholders, baffles your employees and suppliers, and (eventually, at least) causes your customers to lose faith in your brand.

You don't make official corporate statements about a critical business issue through unsigned, obscure channels. That is such an abrogation of accountability that it's ridiculous. You further don't make those statements laughable, such as claiming that "Macmillan has a monopoly on its own titles." That isn't even good PR spin, that's just silliness. And not even worthwhile silliness.

You don't let your opponent (Macmillan, in this case) control the narrative, as CEO John Sargent did with his well written, reasonably phrased and very concise Saturday letter in Publisher's Lunch. That's such basic PR and image management that any college freshman could have handled this.

And you don't remain silent in the face of a sudden multibillion dollar collapse in your market capitalization. Shareholders really, really hate that. Institutional investors tend to call emergency board meetings.

In short, for no discernible reason whatsoever, a Friday night hissy fit in Seattle over a supply chain issues has transformed into a "how not to" case study that will quite likely wind up side-by-side in business textbooks next to the Johnson and Johnson case study. Yes, Amazon's business model is at stake. So is Macmillan's. But if you're going to go to war, as Amazon did with shutting down the print and ebook titles from Macmillan, your next step is not usually to spike your own guns.

This has gone from unreasonable to bizarre. And the degree of explaining Amazon has to do deepens with each passing day's silence. So far, the price of silence has been several billion dollars.

What are they doing in Seattle?

Bug off, Bezos. And take your damned bookstore with you. [ jlake.com | LiveJournal ] — In which I come out strong and swinging hard, to lay down my basic position. Nothing that has happened since has caused me any reason to alter my fundamental objection to Amazon's bullying of writers through the withdrawal of the print titles. I do wonder if I've set myself up for some blacklisting. That would be utterly consistent with their behavior so far. (Some interesting comments in both iterations of this post.)

Three more comments on Amazon and Google Books [ jlake.com | LiveJournal ] — My comment about the perception of authors seems to have been sadly prescient, at least in some circles.

More on the Amazon vs Macmillan problem [ jlake.com | LiveJournal ] — Including a link to Macmillan USA CEO John Sargent's statement of last Saturday.

The nuts and bolts of Amazon vs Macmillan [ jlake.com | LiveJournal ] — Links to people smarter than I, giving some very sharp business summations.

Amazon blinked [ jlake.com | LiveJournal ] — The idiotic Kindle board letter, which appeared to have been written by a twelve year old without advice of PR, legal counsel or shareholder relations. Except they didn't. Not yet. That was Sunday, this is Wednesday, no further official statement, no change in the book sale listings. And very oddly, five days later as of Wednesday morning, this piece of jolly, self-serving tripe remains Amazon's only public comment on the matter.

Amazon's Kindle readers, and the capitulation letter [ jlake.com | LiveJournal ] — Comments on what I've been seeing on the Kindle boards. Plus I give the Amazon letter a thorough fisking. Click to this one if you want to see my deconstruction of the tripe.

A few links and notes on Amazon vs Macmillan [ jlake.com | LiveJournal ] — In which I discuss, among other things, significant misperceptions about authors which seem to abound among people mad at Macmillan for this fracas.

An open letter to Kindle enthusiasts and ebook activists [ jlake.com | LiveJournal ] — My response to the Kindle board. (A flood of interesting comments in both iterations of this post.)

Amazon vs HarperCollins? [ jlake.com | LiveJournal ] — Emboldened by Amazon's silence, and their massive slide in market cap, another player steps close to the sidelines.

The folly of buying used books as a protest against the publisher [ jlake.com | LiveJournal ] — Yet another response to the Kindle board.

Amazon and the price of silence [ jlake.com | LiveJournal ] — My view of Amazon's corporate communications strategy to date.

Massive and deeply unpleasant lower GI issues kept me up over two hours past my usual stupidly early chemo patient bedtime of 8 pm, and sleeping quite poorly. Going to be a rough day today, as that's two nights of lousy sleep in a row. I may be forced to use Imodium every night, which cannot possibly be good for my digestive health. Tonight I'll take a Lorazepam, which will be the first time in my life I've used a sleeping pill outside of severe medical distress.

Of course, severe medical distress is what continued lack of sleep will place me in, given the chemotherapy.

Marking the quiet time since Amazon's first, last, and so far only rather inept comments on the Macmillan pricing struggle.

And I will note per several comments from other folks that while Amazon is muffing the corporate PR war rather spectacularly, they seem to be winning the popular media war. Almost all the reporting I've seen draws from the Kindle Team letter in referencing a price increase without explaining that there's also a low-side price of $5.99 which is a significant decrease, nor bothering to explain the dynamic pricing model.

That's lazy reporting, and factually incorrect on the face of it, but what consumers are reading and hearing is "Macmillan tries to raise ebook prices on Amazon." So Amazon's deliberately flawed, self-serving narrative is winning in the popular media.

In other words, the continued silence may be a very subtle PR strategy indeed. More likely it's a quiet period while negotiations continue. Or possibly they've all turned into squid at Amazon HQ in Seattle. As the saying goes, never assign to malice subtlety what can be explained by stupidity.

Maybe Amazon is very, very smart in this PR strategy. Maybe they're just kind of lucky. Does it matter?

Meanwhile the silence of the Amazon continues