What Happens to a Debut Author’s Brain on #Amazonfail — Some folks have called for support Amazon authors during the Amazon-Macmillan mess. Authors named have included me. I'm very grateful, but who we should really be supporting are debut authors, such as Blake Charlton, whose book is about to be released. Pre-order him at Powell's, because you sure as hell can't pre-order him at Amazon. For a debut author with modest numbers in his P&L, missing that first sales rush could literally be a career killer.

Blind Reading — Why would booksellers buy a title without knowing anything about it? (Thanks to

Reader voices strong opinions on atheists — Christianist bigotry at its finest, now with even less logic that evolution denial!

Today would have been Dana McCaffery's first birthday — The anti-vax movement kills. Pure and simple. Antiscience idiocy is dangerous, whether you get it from Jenna McCarthy or your pastor. Think, people, don't just believe.

Republican Senator Shelby Blocks All Obama Nominations In The Senate — There's some bipartisanship for you. The GOP isn't even pretending to be anything but the Party of No now. Thought experiment: What would the reaction have been if a minority Democratic senator had issued a blanket hold on Bush appointees?

?otD: Would you take the chemo, if you were me? 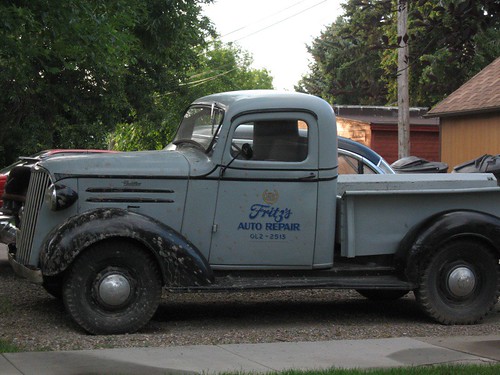 I've run down a couple of posts that have gotten me a lot closer to understanding the ins and outs of the "agency model", which of course lies at the heart of the Amazon-Macmillan dispute. I'm prepping for my chemo infusion, and don't have time for analysis or commentary, but here's the links that may be useful to others.

Apple pitching its agency model to book publishers — From ZDNet.

Apple’s disruption of the ebook market has nothing to do with the tablet — From the Idea Logical Blog.

Note both of these slightly predate the current kerfuffle, so it's interesting to read their analyses without the filter of the side-taking going on right now.

Every time I go to the infusion center, I take the cancer mail and go through it there while I'm in the big chair. You guys are amazing. Thank you for the hats and spoons and blanket.

Gizmodo is reporting Macmillan titles back on Amazon.

I've checked, my print titles are up. I seem to be absent from Kindle. Chemo brain is too goofy to do any analysis on this, or hunt down more sources right now, but this is interesting.

The chemo infusion number three was harder today than the first two. Not sure if this is cumulative effect, or a ripple from the massive sleepfails earlier this week. I am feeling rough and ragged tonight, and have made rather an ass of myself once or twice, including to

shelly_rae took me over there.

tillyjane was there a while.

lillypond likewise. H— dropped by with some goodies. ( Collapse )

Mother of the Child's extended family is (mostly) in town (for the first time EVAR) to celebrate her n0th birthday. It was officially last Tuesday. She has a huge shindig tomorrow night which I will likely not make it to, much to mutual sadness. If I have the energy, I'll put in an appearance, but it's a 45-minute round trip to the ballroom she rented, and starts at 7 pm. Which is pretty much a deal killer for me given my energy levels these days, especially while I'm still on the chemo pump.

So I went next door for a little while to visit with various in-laws and cousins.

the_child still has a bad cold, so she stayed well away from me. It was the right thing to do, but it made us both sad.

I have been told that my various blood counts are holding up remarkably well. But the leading indicator for white blood cells is down as expected, so in a few more weeks, the flatlining of my immune system will be far more serious. I have to treat it now as-if, even though we aren't quite there yet.

Also, ironically, I got the first billing letter on my chemo sessions today. $16,900 for pharmaceutical and lab costs, exclusive of billing doctor costs, facility costs and nursing care (none of which I've seen yet). Call it $18,000 per session for twelve sessions. There's $216,000 spent this winter and spring. Thank Ghu I have good health insurance, but my direct and indirect out of pocket is hitting me to the tune of $12,000 per year these past two years, and I don't expect it to be any easier this year. That's a sucking huge hole in my cash flow. Frankly, I supported healthcare reform years before I got sick. But now with lifetime coverage caps and pre-existing conditions, and my out of pocket expenses, it's personal. Deadly personal.

Oi. So much to deal with. Stoopid cancer.