Karaoke Night! — Scrivener's Error with the first salvo in Amazonfail: The Musical.

Three weeks post-chemo — From a fellow cancer survivor on a similar journey to mine. A lot for me to think about here.

The Slesarev "Svyatogor", experimental Russian aircraft, circa 1916 — If Fred Flinstone had built an airplane, it might have looked like this.

Partisanship hits California Assembly over Schwarzenegger's lt. governor pick — Without respect to the merits of the story, that's easily the stupidest headline since "This Just In: Sun Rises in East!"

How Christian Were the Founders? — More on textbooks in Texas and Christanist mythmaking. These people have learned Stalin's lessons about truth. What precisely do they think they are accomplishing? American strength wasn't built on narrow minds and closed doors. I'd prefer not to end my days in a Third World quasitheocracy, thank you very much.

Justice Clinton? — An odd little bit of political speculation regarding possible Supreme Court succession. I can't imagine it personally, given how deeply the Right has invested in demonizing Clintons in general and Hillary in particular. If she were nominated, the country would go into absolute vapor lock while Republican nihilism ran amok.

Them there I's — Language Log on the ridiculous "Obama says 'i' too much" meme on the Right. This one's been percolating for a while, and like most conservative talking points, doesn't stand up to even a shred of first order analysis. Confidential to conservative America: When you guys lap this stuff up, it makes the rest of us wonder how you get out of bed in the morning without tripping over your own feet. Try fixating on something substantive. Or, you know, real.

?otD: How do you sleep? Show your work. 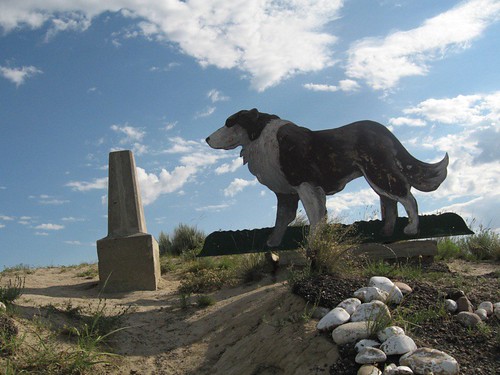 Yes, this is old news by now, but it's been bothering me. Now that my left brain is a bit back on my usual liberal-progressive politics, I thought I'd walk through it.

Daily Kos recently commissioned independent polling firm Survey 2000 to assess political beliefs among self-identified Republicans. If you're even slightly a political junkie, you've seen this in the news cycle since the beginning of February, along with the usual outrage from leading conservative figures, especially media types such as Bill O'Reilly and Karl Rove. The Republican talking point is that this is a biased poll designed to make conservatives look ridiculous.

And believe me, the answers are embarrassing. Embarrassingly counterfactual. Embarrassingly accurate in being on message to exactly what the McCain-Palin campaign was putting out during the past election. On message to what the same right wing media now professing outrage (FOX News, etc.) have been telling their viewership for years.

These beliefs are real. They have been ingrained almost word-for-word with a drumbeat by the very same people who now profess shock at an alleged liberal attempt to make Republicans look ridiculous. This is the messaging that Lee Atwater and Roger Ailes launched to get Reagan into office, evolved through three decades of Republican electoral strategy that has always favored politics over policy, victory over governance. This is the messaging that has infested the "liberal" media for years without challenge for fear of conservative backlash. This is the messaging coming out of the mouth of Sarah Palin and the GOP Congressional leadership every day. (What do you think she meant by "Palling around with terrorists"?)

How is it ridiculous to ask Republicans if they believe what they've been told over and over by their leaders, their heroes and their news outlets? GOP, you guys have been making yourself ridiculous for years, for the sake of trolling votes from the frightened, the unaware, the wilfully ignorant, the religiously self-blinded, and the bigoted.

What you get out of it is this poll, which is in reality a blip on the cultural radar. But you also get the Tea Party movement, saying these same things with a proud know-nothingism, as if the complex business of government were any more amenable to folk wisdom and common sense than civil engineering, aeronautics or medicine.

Republicans, don't be outraged, be proud. This is the America you've worked hard to create.

Unfortunately, the rest of us have to live with your creation.

I made a mistake yesterday. ( Collapse )

Through all this, starting from before I woke up at 10:30, I had some kind of serial or continuous dream that continued into my morning waking. I suppose I was in a hypnagogic state the whole time. I don't normally bother to recount my dreams here, and much of it is lost now anyway, but it was weird and symbolic enough for me to want to give this a shot.

About there I woke up for the morning, not really wondering what the heck my subconscious was on about as the symbolism of all that was stupidly obvious. Or maybe not. Perhaps it will unpack as the day goes by. I'm rather more interested in the experience of the dream's framing and structure than in the obvious details of cancer anxiety and digestive issues. Still, strange even by my usual loose standards.

Psst. You a new writer? Aspiring author? Just sold your first story? Hoping to? Got a manuscript on an agent's desk right now?

As a reasonably successful pro author with a ten-year career, here's the best advice I can give you today.

Don't listen to me.

There's a thing I called Established Author Syndrome. Basically, it goes like this. "When I was breaking in, we ..., therefore you should ..., because that worked for me."

I heard it when I was new. An experienced Big Name Author got up at a convention and told the aspiring writers in the audience to never publish in the small press because it would kill their careers permanently. This was said in front of me in 2004 at Norwescon, the day after the Hugo ballot had been announced with my name on it for Best Novella (which I did not win) and the Campbell Award (which I won that year). And me with exactly one pro appearance in print at the time, in SFWA terms, and some dozens of small press appearances. I was offended, frankly, because the advice was so stupid, given that exhibit A (me) was sitting two chairs down on the same panel as the BNA giving it.

It didn't take me long to figure out that what the BNA really meant was that given the state of the small press when he emerged, it would have killed his career then. Of course, he had over two dozen pro periodicals to sell to, instead of three digests and Realms of Fantasy. The Internet wasn't even a gleam in DARPA's eye back then, let alone online markets. "Small press" meant "subsidy publishing" in that era.

But he didn't qualify his advice, and most of the people hearing it didn't have the frame of reference to qualify it on their own.

This a function of human nature, not bad behavior or deliberate misinformation. We all believe our experience is central, core, valid. But it's also a truism that genre publishing goes through transformations every five or ten years, like a snake shedding its skin. How I broke in ten years ago was a bit unusual even for the time. It's frankly irrelevant today.

So the next time you're tempted to take my advice about publishing, markets, breaking in, or really, anything, consider this. I know what I'm talking about, for my experience. And my experience hopefully has value for you. But it doesn't mean I know what I'm talking about for you. Because I'm not breaking in today's market. You are. I've got Established Author Syndrome. You don't. (Yet.)

In other words, don't listen to a damned thing I say. Including this advice right here.

As an extended coda to the digestive issues of the past two days, ( Collapse )

The experience was miserable, painful, and frightening. I'm virtually certain the whole business was a direct result of the Imodium two nights ago, which gives me serious pause about repeating that. Except if I don't do the Imodium, I don't sleep. And that is medically risky. Damned if I do, damned if I don't.

Managing all this stuff is like driving a car on ice. Everything I do to correct for one thing risks overcorrection for another. This morning was about as close as I've come to a total spinout, and it was too damned close for me. And hey, I've only done three of twelve. So much more to look forward to.