Mainspring reviewed — I think this review may be a reprint, but it's running fresh if so.

Me video interviewed by Joy Ward — At Transmissions From Beyond.

Waterway to Orbit — APOD with a lovely photo of the last shuttle night launch.

Tennessee TV News Station Runs Hysterical Piece Painting Muslim Community as Terrorists — Stay classy, conservative America. And pray to your god that your beliefs never get on the public shit list, because you've got some deep, bad karma coming.

Republican Tim Pawlenty apparently owns a dictionary — I think President Obama is governing as a movement liberal. I don't think that rises to the level of being a socialist. He's pretty much the only Republican figure who has a clue what "socialist" means, other than "nasty name I can call a liberal to get votes." Maybe he owns a dictionry. Though it is cute that he thinks Obama is a liberal. Cue the Limbaugh apology watch.

Department of improbable results — According to Esquire, 68% of Viginia Republicans either don't believe or aren't sure that Obama was born in the United States, while 87% of the Republican leadership considers this a "fringe" view. Um, guys, way to listen to your own base. It's your damned message they're buying into. Your party has become the fringe. (Slide 12, btw.)

'Warning: Tea Party In Danger': Leader Slams Palin As 'Wolf In Sheep's Clothing' — I can't help it, I find this hilarious. One of the supposed leaders (?) of the Tea Party movement is angry that "Tea Party members are being eyed as just another piece of voting meat" by the GOP, that they and their concerns are being used for political gain. Um, guys? I've been asking since 1980 why street-level conservatives put up with exactly this behavior from the GOP. Nice of you to finally notice. Now excuse me while I go cut a huge, steaming slice of schadenfreude pie. With ice cream. 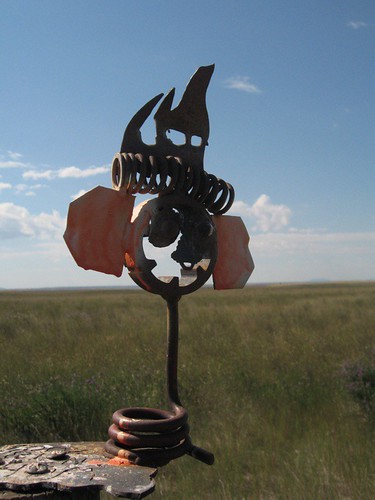 Yesterday's digestive disasters translated into a rather difficult night's sleep. I shut it down about 7:30 pm, made it into bed about 8:00 pm after a lengthy pit stop, but didn't manage real sleep til about 12:30 am, with frequent trips to the small room, as I was going to damned if I took more Imodium. It was all filled with sound and fury, signifying nothing, but the business still kept me awake. Today not being a workday, I managed to sleep until almost 7:00 am.

shelly_rae and I went for a walk, then took

the_child out to breakfast, but I'm running literally four or five hours behind my usual Saturday schedule, even allowing for chemo slowness.

On the plus side, while I'm a bit ragged, I got enough sleep to function without being miserable. We'll see how the GI holds up.

Various items of happiness and goodwill today. Dad and

shelly_rae have managed the new curtains in the revised master bedroom here at Nuevo Rancho Lake. This will please

calendula_witch accepted for me, was beautiful and gracious in her speechifying, and tells me that the award itself is very pretty. Thank you to all my friends, fans and family of choice at RadCon.

Rumor also has it that Marti McKenna and

bhagwanx have conspired with a cast of dozens to buy me an iPad when the devices come out. I'd say I was speechless, which was true last night. (Actually, at first I thought this was a Bob Brown joke on me, in the finest RadCon tradition.) Now I'm somewhere between touched, embarrassed and feeling profoundly loved by my friends.

And a much better thank you to come, when I understand the details more. You guys are awesome. 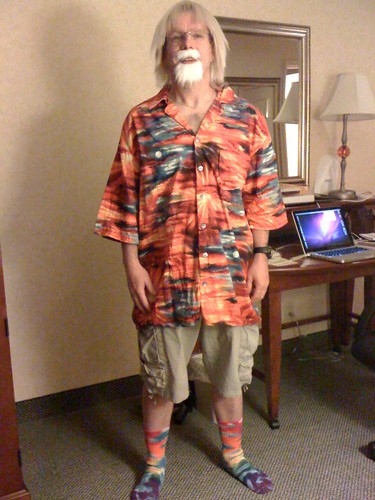