Russians: The world's hardest writers — An SF writer smackdown would last about 15 seconds in the ring with these guys.

Tea Party Movement Lights Fuse for Rebellion on Right — I'm starting to think it's dangerous to look at these people as a laughable fringe. They're wrong about virtually everything, both morally and on the simple face of the facts, but they have a lot of potential, and a very charismatic, gleefully know-nothing demagogue in Sarah Palin.

Bachmann Blasts Taxes, Spending And Debt Under Obama -- Falsely Claims Bush Only Built Up $400 Billion In Debt — This is exactly the kind of GOP lie that runs unchallenged in the press, and gets approving nods from the pundits and the voters. Why is there never any consequences, never any accountability, when conservatives make shit up? Ronald Reagan's "welfare queen" speech is still fixed in the conservative mind, and it's long since been recognized that his speechwriters fabricated the story simply for the shock value.

Rich Lowry's brain — Glenn Greenwald on Rich Lowry's claim that "only an extremist says: the other side in the American political discussion, shares the same agenda as radical jihadidsts." As someone who actually remembers the Bush years (unlike, apparently, Lowry), where conservatives quite literally claimed that secular Western liberals longed for the imposition of Shariate Law, I find this another bizarre example of conservative doublethink of the sort that would keep me from being able to tie my shoes in the morning out of sheer stupidity, should my brain work that way. Greenwald does a magnificent job of deconstruction. There's no longer even a pretense of intellectual consistency on the Right, is there? 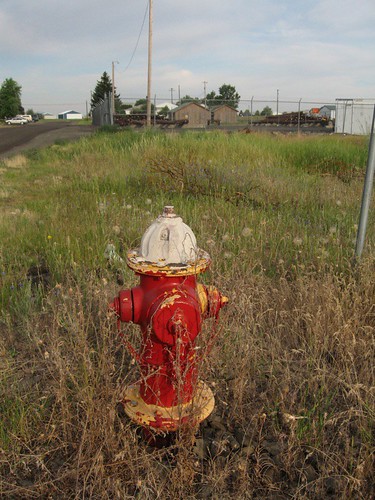 Yesterday was a very good day in the cancer wars, except at the bitter end. My side effects were as light as they've been in weeks, I was feeling rested, and having both

After jet lag had dropped

fjm, and I was about ready to go to sleep my own self, ( Collapse ). This freaked me out deeply. Back in April of 2008, the original indicator that took me to the ER for what became this entire journey of cancer was similar problem, albeit with blood rather than tissue.

I've had very little of the Fear since we've embarked on the treatment course for the lung metastasis last November. Activity is always better than waiting, at least for my psyche. Last night the Fear came roaring back on the heels of that little bit of business. I sobbed my eyes out while

calendula_witch held me, and finally went to sleep because there wasn't anything else to do but lie there and be deeply miserable.

I feel a lot better this morning. This likely doesn't amount to much of anything, as I'm shedding all kinds of stuff due to the chemo processes. But it definitely triggered a flashback of sorts, and it knocked me hard at the end of what was otherwise a terrific day.

Like I needed to be reminded of how much cancer sucks.

Yesterday, I posted a question on Twitter, "A question for the Teabaggers. Why is threatening secession patriotic? I'm baffled."

I got a rather irritated response from a conservative friend. "A question for the libtards: why the disrespect? Teabagger=insult; Teapartier=actually what they call themselves."

Actually, no. "Teabagger" ("tea bagger", in fact) was what they originally called themselves, much to the amazement of culturally aware persons everywhere. See this: History of the word "teabagger" for the Tea Party movement. Is it disrespect to call people by a name they originated for themselves? Snarky, yes, given their word choice, but I breathe snark.

My friend is right, in the sense that the Tea Party movement has since dropped that usage. See this article from last December for a discussion of that reframing. And frankly, it was an idiotic name to begin with. But being upset now at being called what you first called yourself does seem a bit odd. It's not like I or any other liberal have ever called ourselves "libtards". For whatever it's worth, this libtard didn't ask the question with any disrespect in mind.

This framing issue occurs on all sides of the fence. I am reminded of my blogging during the election cycle, when I would refer to "Hillary, Obama and Edwards" and fairly routinely get annoyed feedback from Clinton activists telling me I was demeaning her by using her first name but using the male candidates' surnames. I had to keep pointing out (with links and references) that her own campaign branded her as "Hillary", not "Clinton", presumably to give some political daylight between her and the former president.

People get to choose their own branding and identity, and they certainly get to change it. But being angry at being identified by your own self-defined label...?

Oh, and no one's answered my original question yet.