A reader reacts to Death of a Starship — Mixed, largely positive and thoughtful review, some plot spoilers.

Writers Reminisce about Dungeons and Dragons — Including yours truly.

Roger Ebert's Last Words, con't. — Another wonderful piece from Roger Ebert. (Who is not, as he said, at the moment dying.)

20 Unholy Recipes: Dishes So Awful We Had to Make Them — Wow. Weird, funny stuff.

Mitsubishi Ki-21 — x planes is running a series of photos of WWII Japanese warbirds. This one is rather striking.

Meet The Tea Partiers: Male, Rich and College Educated — Some demographic information on these wondrous populists.

Elders of Wall St. Favor More Regulation — But but but but, what about market-self regulation? It worked so well for Enron. And Goldman Sachs. And and and and...

Michael Mukasey: Then and now — Hey, look, another Bush-era figure arguing that Obama doing today what Bush did during his administration is the wrong approach to terrorism. Ah, the vaunted principled consistency of the Republican Party continues its unabated reign.

?otD: Wouldn't it be far more American to have a Coffee Party? 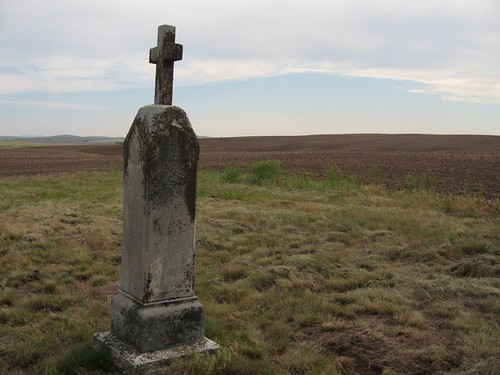 Yesterday was pretty good on the chemo side effects front, mostly. Lower GI continues funky, but not alarming or painful. Just funky.

I experienced transient depression and a fairly deep outbreak of moodiness.

fjm were very kind and patient with me.

calendula_witch is leaving this morning, which is always a little tough on me, and I find as the chemo cycles continue that my stress mounts before each infusion day. At least the body cooperated. Though I continue to shed hair.

Today is the birthday of the lovely and talented

shelly_rae, who is very important to me. Go give her some birthday love. I already have, and will continue to.

secession, n. — 1. an act or instance of seceding; 2. (often initial capital letter) U.S. History; The withdrawal from the Union of 11 Southern states in the period 1860–61, which brought on the Civil War [ dictionary.com ]

Per my question of yesterday to the Tea Partiers, I still don't understand why promoting secession is seen as patriotic. See here, specifically this: Texas Gov. Rick Perry fired up an anti-tax "tea party" Wednesday with his stance against the federal government and for states' rights as some in his U.S. flag-waving audience shouted, "Secede!"

As Justice Scalia, not exactly a noted liberal-progressive, has said, If there was any constitutional issue resolved by the Civil War, it is that there is no right to secede..

I spent some time yesterday trying to get my own head inside the weltanschauung where secession could be seen as patriotic. So far, I've only come up with two answers.

One, conflating secession with revolution. The Tea Party strongly identifies with the Founders. My own understanding of American history makes it very difficult for me to view the American Revolution as an act of secession in the contemporary (and Civil War historical) sense of the term, but I can see where someone might reach this conclusion, depending on their interpretation of both facts and vocabulary.

Two, if one's worldview includes the Reaganite assumption that government is the problem by definition, and "government" is interpreted to specifically mean the current incarnation of the United States Federal government, then secession could be seen as a return to the "Real America" that Palin and other conservative leaders continue to invoke in their rhetoric. Not so much secession, in point of fact, as kicking the rest of the country out of the Real America.

From my own perspective, I don't find either of these viewpoints tenable. Each of them relies on a pairing of strong counterfactual assumptions and a wilful disregard for both history and current events. (Not to mention a failure of vocabulary.) But I see the passionate appeal of the idea, especially to a citizen with a specific set of frustrations.

The question is, how does someone with my worldview speak to someone who can sincerely hold these ideas? And where is the common ground that as citizens in a democracy we should be able to find?

Another pretty good day on the chemo side effects front. The schedule, however, took a hit. An afternoon visit to the clinic ran into overtime. I came home to an unexpected (and very welcome) appearance from my parents. One thing led to another, and I'd lost my writing time. Given that my right brain checks out for a four-to-five day vacation when I go onto the infusion tomorrow, that's pretty much it for Endurance until the middle of next week.

Still on track for scheduled delivery of the book to my publishing overlords at Tor, but I detest these lacunae in my creative process.

In other news, put

calendula_witch onto a plane this morning, to my great sadness.

fjm is here til Monday, to my great delight. Then I turn to local friends and family to fill my need for a keeper until the deep chemo brain lifts, oh, about Tuesday or Wednesday. Next weekend, today's birthday girl

shelly_rae is back. As an added bonus,

elusivem are in town for a few days over next weekend as well. Fun will be had by all and sundry. Being the Pacific Northwest, the rainwet will also be having fun alongside the sundry.

Tired now, bone-tired, so sleep comes soon. Up in the morning to prep for chemo infusion 4 of 12, with a significant assist from

fjm. Mom and Dad will take us in around 8. Sometime that morning the Cloud of Pharmaceutically-Induced Stupid will descend upon me, and I will likely drop off the Internets for the day except for some very stoned tweets. Some people find the CoP-IS tweets funny, I'm told.

Y'all play nice, in any event.