Math of Publishing Meets the E-Book — The New York Times takes a whack at ebook costs. Hmm. (Thanks to my Dad.)

The Many Faces of 'Alice' — WaPo with a slide show of pop culture visualizations of Alice in Wonderland.

Golden Gate: Sunset in Yellowstone Park — Vintagraph with an 1897 travel poster. I'm fascinated by the bicycle-mounted rifle in the poster, which was apparently unremarable in its day.

The Power of Plant Clock Computing — The headline alone is cool, but the story also carries some cool science geekery.

Another Victory For Labour? — Larison on British politics, with some contrasting observations on the US.

Department of Inmates, Asylums... — The GOP wants to clean up its extremists. Unfortunately, a lot of them hold national office. Fascinating. You brung 'em to the dance, boys. Now they're shitting up all the beds. Thanks a lot.

?otD: When in the course of human events? 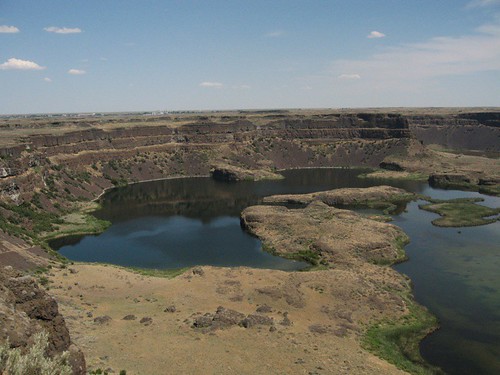 Because all the cool kids are doing it.

I only have one rule of writing. Everything else is a guideline. Sort of like the Pirate Code.

Which is to say, whatever you're doing, do more of it.

I do have several strong guidelines.

That's all I got. What would you add?

Hair is coming off at 3 pm today. There will be photos.

Mouth still hurts, but is down from burning to aching. Should be picking up Magic Mouthwash today. We shall see.

Lower GI has decided to remind me that's going for frequent flyer points on Air Porcelain (departures every half hour!). If the current trend keeps up, I may have a record setting day. Sigh.

The headache I've been living with for several days (very rare thing for me, even on chemo) is finally gone.

Also, weighed in at 229.0. This is up about four pounds in the last few days, despite eating two full meals in two days and copious crapping besides. I really don't understand my body sometimes.

"Let's bring common sense to Washington" is such a common piece of electoral rhetoric that it might as well be printed on napkins and handed out in bars. I believe it's more widely used by Republican candidates than Democratic candidates, but the phrase is a universal meme that seems to strongly appeal to voters. "Common sense government" speaks to our archetype of the citizen-legislator, our (sad) national distrust of authority and expertise, and the life experience of individual citizens.

I also find it a frankly baffling idea.

I don't want my airline pilot to use common sense. I have common sense, and I couldn't land a plane with a scorecard and a map. I want my pilot to use Special Pilot Knowledge, experience, and a strong understanding of her well-maintained aircraft to bring me safely back to ground. Which amounts to common sense for pilots, but has nothing to do with me, no matter that I've flown something like two million air miles in my life as a passenger.

I want government by people smarter than me, not government by folk wisdom and simple aphorism. Thoughtful analysts, policy wonks, subject matter experts, budget mavens, and all their ilk. There may have been a time and place for the citizen-legislator, but I'm not sure that wasn't ever a myth, at least in this democracy. If common sense could run government, then every cab driver who knows how it should be would be sitting in Congress.

Give me expertise over common sense, every single time.