Steampunk Waterslide: 1904 — Yes, it apparently is a steam-powered waterslide. From Shorpy, bring you two centuries of strangeness on film.

Art Agitprop — For all you teachers out there.

Human Compulsions Among the Stars — Cetaceans, SETI and non-technological intelligence. From Centauri Dreams.

[California State] Sen. Roy Ashburn at Gay Nightclub Before DUI Arrest — CBS-13 notes that Ashburn has opposed every gay rights measure to come before the Senate over the last eight years. Republican family values. Confidential to GOP in America: closet much?

Patriot Act Reauthorized -- Surreptitiously — A move worthy of the worst Republican excesses. Thanks, Dems. (Thanks to

Memo Reveals GOP Plan to Exploit Fear of Obama — If you can't win on principles, stir shit. Pretty tough if you don't have principles, isn't it?

Bachmann Learns To Support The Census — Speaking of principles, even asylum-grade lunatics can be made to see reason, if their own fortunes are at stake.

US Democrats would kill healthcare over abortion — Stay classy, Stupak. Women and girls across America look to you to ensure their shame, heartbreak and early deaths in the name of the forced pregnancy movement. Blue Dog Dems, finishing the madness begun by the GOP. Are you proud of your Democratic party?

?otD: Ever seen the Lake effect? 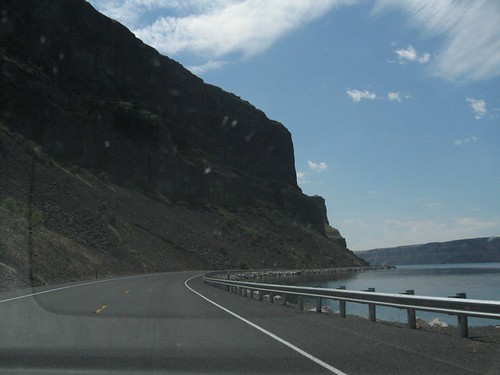 Having a lovely time here at the Rain Forest Writers Village.

calendula_witch and I have a nice cabin with a lake view. We meet, as always, in the lounge. This morning I was up early enough to meet the least of the night owls heading out, in this case

criada, as well as various other folks.

I am really enjoying seeing lots of old friends and new here.

brendacooper, and so many more. Given the social isolation imposed by chemo, this is a huge mental and emotional vacation for me. Due to the chemo as well, I didn't have the time to take off from the Day Jobbe, so I'm working it these first two days, which is keeping my writing time down to about an hour a day. I'm planning to spend a lot more time writing tomorrow, and some Sunday morning before we all bail out for our respective homes. I am giving a presentation this afternoon on writing through adversity.

Endurance continues apace. Yesterday I got through all the plot note issues, and now have a readable draft. I hope to conclude one more deep read this weekend (I started it this morning) before sending it out to first readers on Sunday or Monday.

Golly, not much to report beyond mild headaches, much lower grade mouth distress, and the continuing extreme fatigue. Amazing.

I still don't feel normal, but I think if I squint, I can see it from here.