A reader reacts to my short story "Human Error" — He seems to have liked it.

benpeek on the unbearable lightness of waiting time in the publishing industry.

Last Words — A sobering article about inmates' last words at the execution chamber.

The Jay Lake Incident — Unlocking the mystery of an unknown primate in North America. Heh. (Thanks to

DR Congo ring may be giant 'impact crater' — Deforestation has revealed what could be a giant impact crater in Central Africa, scientists say. The 36-46km-wide feature, identified in DR Congo, may be one of the largest such structures discovered in the last decade. (Snurched from Bad Astronomy, which has more commentary on this.)

Orange Dwarf Star Set to Smash Into The Solar System — Watch the skies!

LHC to shut down for a year to address design faults — Maybe their hadrons were too large? (Thanks to my brother.)

This Year in Jerusalem — Scrivener's Error on speech, religion and society.

Religious antivax sect implicated in deaths of 100 children — Beliefs are not freely substitutable for data or facts. No matter how sincerely held, or divinely inspired.

Where's Our Ensign Frenzy? — Republicans, in other words, have demanded higher moral standards of all of us, while failing to meet these standards themselves -- and failing to ostracize the guilty from their ranks. It's quite a racket, which the media encourages by playing along. They judge, and persecute, because they know they will not be judged or persecuted themselves, despite what their Bible says. (See Matthew 7:1-5, in case you've been neglecting your scriptural studies lately.)
?otD: Where do you like your needles? 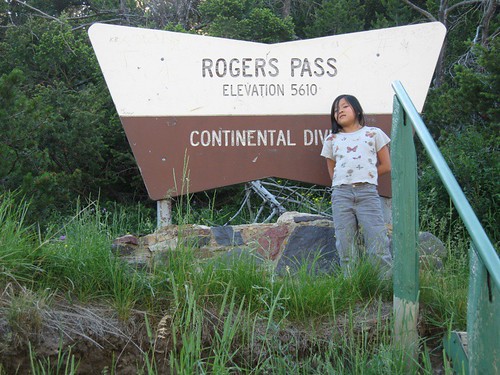 Chemotherapy infusion session five (of twelve) starts this morning. (It extends through mid-afternoon Sunday.) Dad and Mom will be by here shortly to pick me up.

tillyjane will meet us at the clinic.

Expect continued light blogging through the weekend. I will be Tweetsnarking 2012 tomorrow, and possibly Willow this afternoon or early evening.

Y'all place nice while I'm stoned on cytotoxins.

blakehutchins has shorn his sweet, curly locks in solidarity with me. 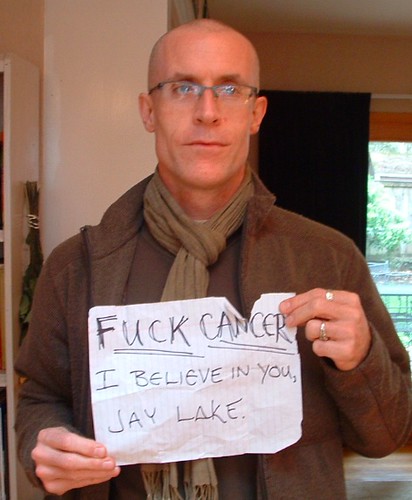 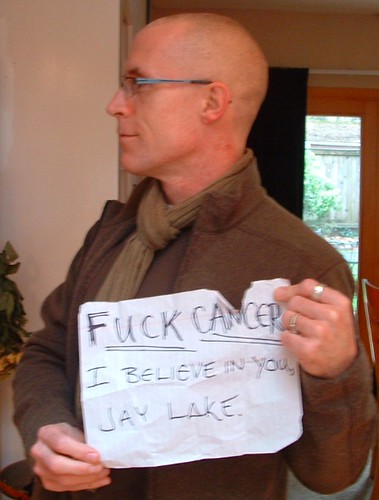 I love you guys. 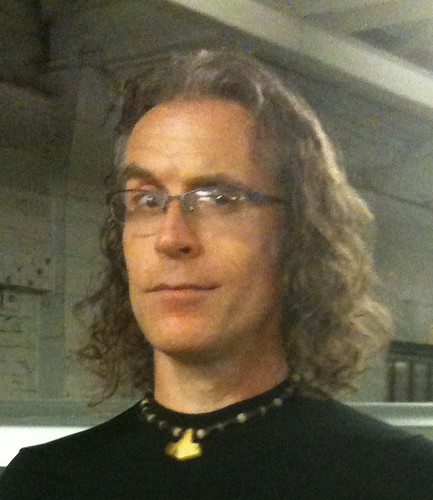 My friend H— has made me a hair-hat, for when I really need some hair. 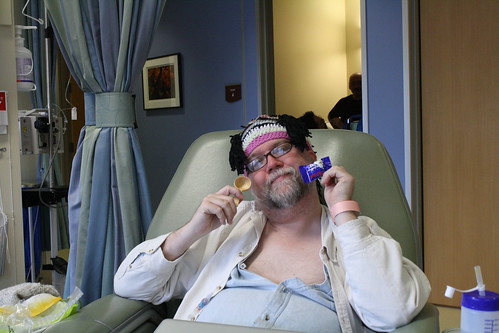 Also a spoon and a candy. Hooray!

This work by Sarah Bryant is licensed under a Creative Commons Attribution-Noncommercial-Share Alike 3.0 United States License.