Michael Jasper and I have collaborative story forthcoming in Black Gate — Mike has all the deets.

A hike around Jay Lake, WA — I really must go there when I'm back in health.

tongodeon With an excellent essay on unproveability and assertions of the divine — As I recently said, simply because a religious tenet happens to be popular at this moment in civilization doesn't privilege it over "turtles all the way down" or any other empirically unproveable hypothesis.

Hey guys! Yes, ladies, this means you — I'm one of those people in whose idiolect "guys" can refer to an entirely female group. (Nicked from Language Log.)

White Skin, Black Mask — A fascinating article from the Indian press about the history of The Phantom.

Too much tea party racism — Golly, an all-white angry conservative movement that reacts only to the financial excesses of a centrist black-led administration while never objecting to much worse behavior of the same kind on the part of prior white conservative presidents? No, can't possibly racism. Not when they're spitting on black Congressmen and using the N-word. Nope, no racism here. Stay classy, conservative America. It's what you do best.

?otD: Do you miss lifetime coverage limitations? The free market sure will. 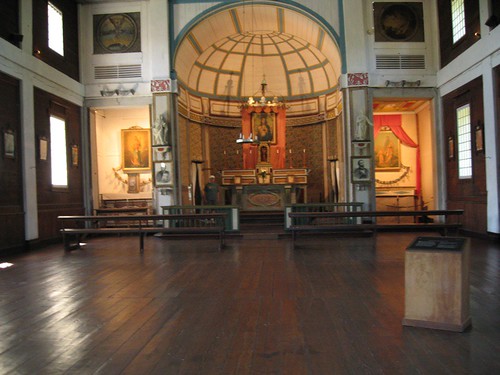 I thought I'd put the healthcare reform links in their own post, rather than link salad. A special link salad, as it were. Basically, as flawed and difficult as this bill is, I'm glad it passed. I'm even more glad Representative Stupak and his merry band of forced pregnancy enthusiasts weren't able to derail it. How can you call yourself "pro-life" and oppose something that will reverse mortality outcomes for tens of thousands of Americans every year simply by ensuring they have access to healthcare? Not to mention if abortion reduction is your goal, why ignore the documented link between increased access to healthcare and decreased abortion rates?

Everyone benefited last night. Even all the screaming, spitting Tea Partiers. Because now their coverage won't be cancelled if they fall seriously ill, or run against a lifetime coverage limitation if that illness becomes extended. My lifelong experience of observing politics is that liberal-progressives want to help even people who don't want their help, even at a cost to themselves, while conservatives want to put limits on both rights and opportunity for everyone they disagree with in the name of preserving their own rights and opportunities. Healthcare reform has been an amazing illustration of this principle in point.

As conservative commentator David Frum notes in one the articles linked below, this HCR initiative is rather similar to Republican plans from decades past. Yet to hear our Republican friends tell it, this is a Socialist millstone that will sink the Republic. The politics of this have been beastly, funded and driven by an effort to unseat Obama, as much as any actuality of healthcare. The people protesting this will benefit as much as the rest of us, for all the bill's flaws.

The left, such as it is, tries to talk policy, the right talks politics. And politics makes for better soundbites, angrier voters, and ultimately stronger electoral returns.

We may still lose ground here. I imagine there will be hundreds of court challenges, some from politically ambitious Red State attorneys general, others from the Orly Taitz wing of the conservative nuthouse. Some challenges might even have substance on the merits, though I'll be surprised. And much of the long-term success of HCR depends on not having a massive string of bills overturning it pieces in the next few years.

And that idea will benefit every American, even those who willfully misunderstand it, and hate it with a screaming passion. That's what good political ideas are all about. Benefiting everyone.

Health Vote Caps a Journey Back From the Brink — How Speaker Pelosi brought HCR back from the dead.

Tea Party Protesters Shout The N-Word At, Spit On Passing Legislators — More on this. The Sarah Palin cite in this piece is especially trenchant. Ah, the classness of conservatives.

Waterloo — Conservative David Frum on HCR. The Obama plan has a broad family resemblance to Mitt Romney’s Massachusetts plan. It builds on ideas developed at the Heritage Foundation in the early 1990s that formed the basis for Republican counter-proposals to Clintoncare in 1993-1994. Definitely sounds like screaming socialism, doesn't it? In other news, Republican lawmaker says of this same plan, "We believe that this is the beginning of the end of America." Hyperbole much?

In Case You Missed Obama's Health Speech Saturday Afternoon — Political capital, and the expending thereof. I do significantly disagree with one of Fallows' closing statements, "I support it, because it is a step toward the principle that for society's benefit and for individual protection, everyone should be insured." Actually, everyone should have access to healthcare. Insurance is just a mechanism. Healthcare is the issue. There are other ways to deliver and fund it.

A look at the healthcare overhaul bill — Might have been nice if the media had spent more time on this and less on people screaming about death panels and socialism. For my part, I note "Starting this year, insurers would be forbidden from placing lifetime dollar limits on policies, from denying coverage to children because of pre-existing conditions, and from canceling policies because someone gets sick." That removes two of the several death sentences I've been living under. The market-based solution thought it was fine to cut me off to die once I'd received too much healthcare. Any wonder I favor government intervention? I wasn't willing to die for conservative beliefs about the free market, thank you.

Nothing happened. I watched too many DVDs, spent almost all the time in my recliner, coughed and sneezed a lot, and felt wretched. After getting 8.5 hours of sleep last night, I'm still somewhat congested in my upper respiratory, but my head seems to be clear. So, two days of lost writing and some misery, but I think I'm on the flip side of this cold.

Having a cold on top of chemo is a weird experience, I have to say. For one thing, the eternal fatigue of chemo is not improved by rhinovirus. My ongoing lower GI weirdness didn't take a break. I was lucky I wasn't dealing with other, more serious chemo side effects just now, and very lucky I'm not carrying this cold when I'm supposed to be in the infusion center. (Which would be, ah, this coming Friday.) But mostly my brain is active other than the four or five days of infusion and immediate post-infusion recovery. The cold put my brain back in slo-mo, that same sluggishness we all experience in those circumstances.

Damn, something new to resent. And hope like crazy I don't get a reprise of.

Did get a solid amount of sleep last night, without the midnight awakening for throat-burning dehydration. Do feel better today, to the point that I exercised for the first time since Friday. (As I am a demon about keeping that habit going, skipping it over the weekend was just killing me.) Day Jobbery today, and I'm planning to put in an hour on "The Stars Do Not Lie" either over lunch or right after work.

One freaking day at a time.

shelly_rae arrive Thursday evening. Friday is infusion session six of twelve. So I'm almost halfway there. The row of bottles grows ever shorter...