A reader reacts to Green — Not so much with the liking, it seems...

Everybody Loves Cthulhu — John R. Fultz on Cthulhu's Reign, a forthcoming DAW anthology in which he and I both have stories. Nice cover, which coincidentally could have illustrated my piece.

Elissa Malcohn with a brilliant haiku

xkcd on "The Flake Equation" — Required reading for all skiffy types. The mouseover text is priceless.

Where neon falls like rain — I want to see the lightning storms there.

What Can Economists Tell Us About Teenage Sexual Mores? — Fascinating on several levels. Incidentally, I'm getting very tired of the term "pre-marital sex". It's incredibly heteronormative and full of unexamined cultural assumptions that are inherently stigmatizing. How about "sex"?

Emergency contraception — The Edge of the American West on, among other things, conscience laws for pharmacists and healthcare providers. Frankly, those conscience laws are utter bullshit, pandering to the worst impulses of the Right. Don't like part of your job? Get a different job. Forced pregnancy enthusiasts don't deserve special protection at the expense of the needs of the people they're sworn to serve.

An open letter to conservatives — A generation of conservative hypocrisy and idiocy, in one fell swoop. With citations in case you want to think it's all made up. And as the author mentions, nothing on the American left approaches nearly this level of nuttery.

Roger Ailes to Fox News' Glenn Beck haters: Stop 'shooting in the tent' — Hah. And yes, that would be Roger Ailes, Reagan's political strategist, who is now news director at "Fair and Balanced" Fox News. Your Liberal Media.

http://www.amconmag.com/larison/2010/03/23/still-waiting-for-the-pushback/ — Conservative commentator Daniel Larison on that "single greatest pushback in American history" the GOP keeps talking about. When 50% of respondents say that they are pleased or enthusiastic about some high-profile, controversial thing the government has done, this is not normally the prologue to political annihilation for the people in charge of the government in that year’s election. Dream on, conservatives.

Frightening GOP behavior — Of course, the American people have spoken, and in November 2008 elected a Democratic White House and Senate and House of Representatives. But, elections and the workings of our democracy including the idea that the losing party respect the outcome of elections appear to be alien concepts to today's GOP. Yep. Elections have consequences. The GOP is happy with the system when they win. Sore Losermen.

chriswjohnson points me to "The Authoritarians" — A book on authoritarianism which explains the Palinite/Tea Party wng of the GOP more concisely than anything I've seen. You have to know a lot nowadays to stake out an intelligent, defendable position on many issues. But you don’t have to know anything to insist you’re right, no matter what. Dogmatism is by far the best fall-back defense, the most impregnable castle, that ignorance can find. It’s also a dead give-away that the person doesn’t know why he believes what he believes.

?otD: Have you ever driven through Paris in a sportscar in the rain? 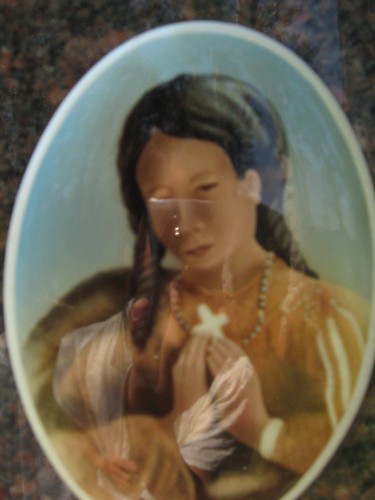 Odd day yesterday. The tail of the cold hung on. (Still here today, too.) Spent the day in a foul mood that eventually degraded to grumpiness, as everyone around me was kind. I probably still owe apologies to both

francitabozita brought me some chicken noodle soup to make it better, and I had lunch with

lillypond, a/k/a my sister. They were both most pleasant and supportive. Wound up working an hour on "The Stars Do Not Lie" (and another hour this morning when I woke up Very Early), as well as 45 minutes on a project with

calendula_witch. Both of those things improved my mood.

And of course, I got my contrib copies of Pinion yesterday! The book lays down next Tuesday, and I'm having my reading/signing at the Beaverton Powell's next Thursday. Yay!

Took a Lorazepam last night to try to get the sleep situation righted. Chemo infusion six is Friday, and I can't go into it exhausted. I can't go into the infusion center at all if I haven't shaken this cold. Slept shorter than I intended, thanks to various urgent communiques from my lower GI, but I got good, solid sleep when I did. Physical therapy this morning for my left rotator cuff (nothing to do with the cancer), and then Day Jobbery, with hopefully more writing to come this afternoon.

There's a new poll coming out today which appears to back up what the Daily Kos/Research 2000 poll said a few weeks ago. As you may recall, at the time GOP leaders and pundits reacted angrily, saying the poll was meant to make them look stupid.

The lede on the Harris poll is "Majority of Republicans: Obama is a Muslim".

No one made you look stupid but yourselves.

Brighten up, Republicans. Your media strategy has been a success. People believe all those lies you've been feeding them for years. A significant portion of this country is convinced we have a Muslim Socialist Nazi fascist terrorist traitor in the White House. And many of them carry guns, for bonus fun! Never mind what any of those words actually mean, or how internally contradictory they are. Never mind what the actual facts on the ground are. Your message has succeeded wildly.

It's not looking stupid. It's sowing what you reap. Unfortunately, the rest of us have to live in this country.

Crazy isn't looking like such a great electoral strategy these days, is it?

Maybe you should try, you know, facts. Ideas. Governance instead of politics. Reality instead of rhetoric. But that passion that Beck and Limbaugh inspire is a powerful drug, isn't it? Hard to kick the buzz, hard to lose that "king of the world" feeling when the mob is shouting your name as their savior.

This is what Lee Atwater and Roger Ailes set out to do almost forty years ago. Demonize the opposition, activate the base, and turn the media. Hope you like our country now, conservative America.

You broke it, but we all have to buy it.