Fiction police — The first comment is priceless. (Thanks to

The Time Reversed Laser To See The Light — Ok, this is cool.

Drugs in Portugal: Did Decriminalization Work? — One way to win the war on drugs is not to fight it. But the headlines are so much better our way, as are the law enforcement budgets! (Thanks to

Last decade warmest on record — As usual, the facts are biased against the conservative position.

?otD: When did you have your Waterloo? 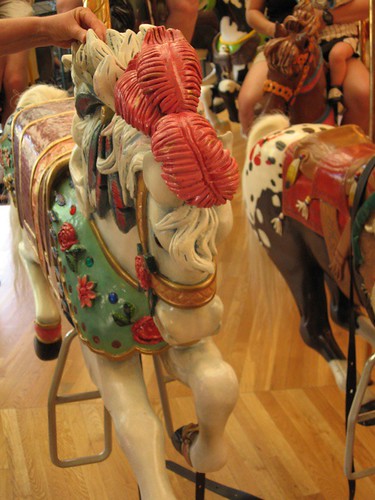 Wow, was this infusion weekend just past a stone bitch. Six of twelve, six more to go, and I am dreading what comes next.

Taken as a whole, the side effects were neither particularly violent nor particularly pernicious. The actual infusion session on Friday was quite reasonable. But the fatigue was an order of magnitude greater than I've previously experienced, starting Saturday afternoon. The associated emotional flatness was overwhelming This was very, very hard on my caregivers, especially

Even today, I'm sort of put together, but rather desperately wishing I could take another day off from the Day Jobbe. (I am being extremely parsimonious of taking time off, as chemo is eating all of my sick leave and part of my vacation, and I really don't want to work literally every day for the rest of the year, or screw up the New Zealand/Australia trip.)

shelly_rae points out quite rightly that I'd just gotten over the viral cold from the previous weekend, and as such my already-limited physical and emotional reserves were drained flat prior to going into the infusion center. I am certain she is correct in this, which does a bit to ameliorate my fears about the next few rounds of chemo, but still, wow, has this been overwhelming. I'm not sure I've ever been so flattened in my life, outside the context of my significant clinical depression as a teen/young adult.

It's also odd, when I pull back and look at the situation, how simply being tired can be so taxing. In a way, that's almost counterintuitive. I've certainly been through far worse passes in the process, just from a purely physical perspective. My adventures in lower GI management are a tragedy that could write itself, as I've documented along the way here, and the few times I've had total failure there have bordered on disastrous, not to mention nearly sending me into the ER. This time, just fatigue. But ZOMG, such fatigue.

And that's a side effect I don't really have any insight into how to better manage. I've learned to balance diet, medication, sleep and activity to keep the lower GI on track. Most of the other side effects I can either treat or live with. But the fatigue that just erases my brain, heart and body is profoundly discouraging. I am less and less me as this goes on.

Have I mentioned that cancer sucks?