Desk Lamp: 1938 — Shorpy with a photo of a wondrous machine.

Stephen Fry loves him some iPad

A message for Washington on schools: Don't mess with Texas — Ah, local control. This reminds me of my Mennonite cousins, whose college-eductaed parents (mid-life converts) stopped their children's education at 9th grade because they didn't need more. Best way to keep your kids in ignorance is to raise them ignorant. That's why liberal-progressives value education so highly. I want my daughter to have choices, even ones I might not agree with. (Snurched from Scrivener's Error.)

?otD: Will you read Pinion? 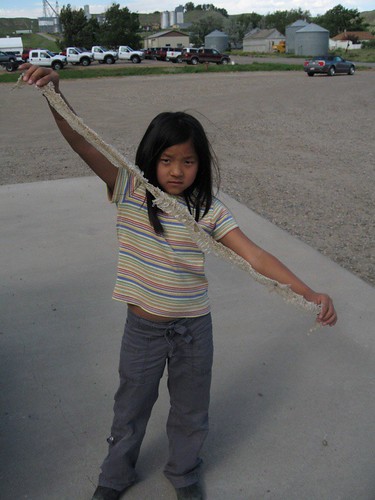 Been all about the stress, fatigue and lower GI this week. A little bit of mouth burn. Life issues have conspired to keep the stress-o-meter redlined this week, completely outside the cancer context. No writing either so far, for the same reasons, which does nothing for either my peace of mind or my stress levels. Otherwise, I've been physically okay. At this point, that likely constitutes a minor miracle. (And I say this advisedly as a thorough-going atheist.)

Otherwise doing ok. Actually rested today. I'll see my therapist this morning, then visit Mother of the Child in the hospital again. And Day Jobbery, of course. Taxes need to be done this weekend, but I may have to give up and file an extension. They were derailed two weeks ago due to the viral cold, and right now I'm not sure I have the focus for the required competence.

Mother of the Child continues in hospital. She was supposed to transfer out of ICU yesterday, but they were having trouble finding a ward bed. Her next medical checkpoint is a set of tests Saturday to determine if the internal healing is progressing as hoped. If so, she may come home Sunday night. If not, there are several 'Plan B' procedures of varying dreadfulness, some to address the primary problem, some to address the secondary effects of that problem, all of which will extend her hospital stay. She is relatively comfortable and in good spirits.

the_child is coping reasonably well at this point, but if Plan B comes into effect, that will challenge her, a lot.

Right now it's just time. The doctors don't want to correct the problem surgically unless her body isn't able to manage the process on its own. Hence the Saturday tests.

It's been a pretty grim week around here. It's also been a pretty good week. The Lords of Chaos apparently have planted Their August Thumbs on the Mighty Scales of Karmic Balance. Or maybe Murphy was just an optimist.

Pinion came out Tuesday. Had a lovely reading at the Cedar Hills Powell's last night, which was surprisingly well-attended given that I was up against the opening night of Norwescon. This was preceded by a pho dinner beforehand with my family and various elements of Portland writerdom. I also managed to summon almost 75 minutes of energy to talk about books, read, take questions, and be harassed from the audience about clockpunk, thanks to those self-same writer friends.

davidlevine's delivery was especially piquant. Except for the profound exhaustion afterwards, it was fun. Photos later, hopefully, from various sources.

As previously mentioned, this week I've also sold Japanese rights to the Mainspring novella "Chain of Fools", via

arcaedia. My first time into that market.

calendula_witch and I sold a romance/sf short this week as well. That makes two joint sales in the past few weeks. And money came in the mail from various short fiction ventures, which is never a bad thing.

calendula_witch has gone real estate shopping. So, erm, the long distance relationship will shrink from 630 miles to about 4 miles.

A lot of good in my life this week. I have to keep telling myself that, and transfer some of that good to Mother of the Child, and most importantly, to 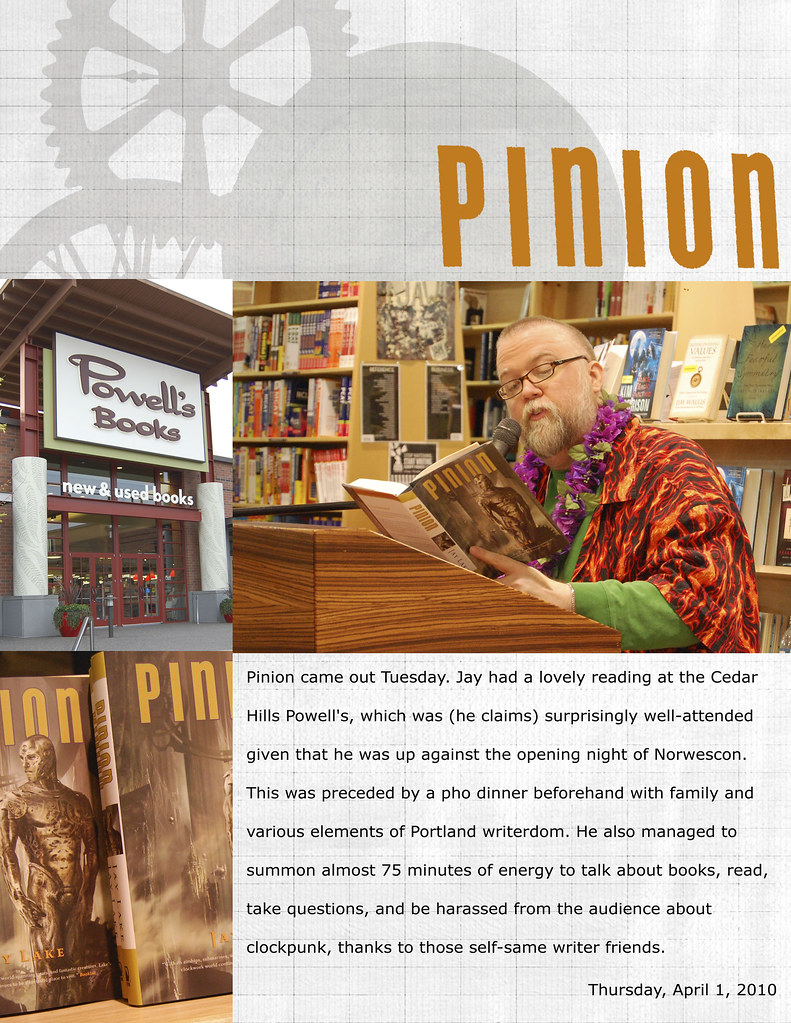 Art, by my sister.