A reader reacts to Mainspring — They like it, and from my point of view, they nailed the religious framework of the book dead on.

1960's Coca Cola ad — Featuring Martian women, apparently. To think I was a product of that decade.

A Confederacy of Dunces — More on the idiocy in Virginia. A law professor comments, using the Confederate Constitution as primary source. Oh yeah, actual history...

Hair Tonic And Alchemy — Ta-Nehisi Coates on false equivalency. This is a blog authored by a liberal. I believe in my side, but I don't believe in my side because I hate the word "conservative," or because I like the color blue. I believe in my side because, with some exceptions, its leadership doesn't believe in garnering votes by playing on racism, homophobia and superstition. Exactly the point I've been reaching for. Yes, both sides have a fringe. But the conservative fringe is in charge, while the liberal fringe is marginalized. If you're a conservative and that assertion makes you uncomfortable, too bad. The facts are biased against you, and all the false equivalency in the world won't ease your conscience.

Rep. Stupak to retire from House — I guess persecuting pregnant women from his seat in Congress wasn't as much fun as he thought. Now Stupak can devote his full attention to promoting forced pregnancies. Lucky Michigan.

Rep Senator John Kyl on the filibuster of judicial nominess — I know some insist that we will someday want to block Democrat judges by filibuster. But I know my colleagues. I have heard them speak passionately, publicly and privately, about the injustice done to filibustered nominees. I think it highly unlikely that they will shift their views simply because the political worm has turned. At least, that's what he said during the Bush administration. Now? Not so much. The GOP: your party of principled consistency, thansk to the memory hole. WHatever Republicans believe today, they have always believed. Whatever different they believe tomorrow, they have always believed. Your Liberal Media will never tell you differently.

Creativity and Fundamentalism — It seems fundamentalists avoid the psychological pain brought about by examining the outside world and tend not to allow themselves bouts of divergent reasoning. Interesting thesis. A bit too pat, perhaps, and certainly hits my own confirmation biases. (Thanks to

The Triumph of Ideology — Conservative commentator Daniel Larison on the closing of the conservative mind. Contrast with the above item on Creativity and Fundamentalism. Read together, the two are fascinating. 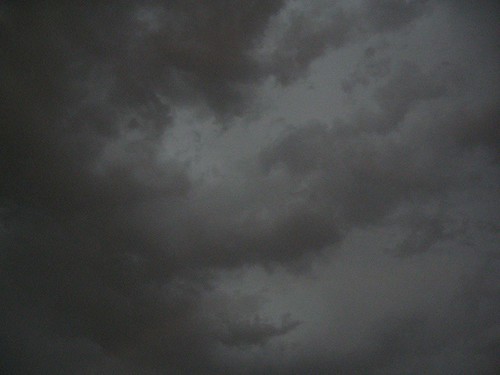 The last two or three days, much of my chemo response has been emotional. I've been slipping in and out of significant depression, been very emotionally volatile, cranky, sulky and generally something of a bitch to

shelly_rae. Some inconvenient lower GI distress has done nothing to ease tensions either, to put it mildly. The litany of objective complaints includes distress from the needle, sleep disruption from the needle, frustration at being unable to shower normally, the house's heating system briefly breaking down, Day Jobbe issues, relationship miscommunications and timing failures, and Ghu knows what else. Pile onto that my depression, frustration and general ill health, and it's a toxic combination.

Back before this all started, when we were setting up schedules and discussing expectations, I pointed out that somewhere during chemo crazy words would start coming out of my mouth. That point has been reached, sadly. And it's hard to talk about being depressed, distracted and emotionally overwhelmed.

Cancer, and chemo, is not some brave battle with me as the courageous front line warrior. It's a stupid, tedious, painful slog through near-fatal poisoning, crippling fatigue and a set of increasingly strong limits on activity, attention span and availability to those who love me and need me.

This sucks. But the alternative sucks more. So I'll accept crazy days and the horrid feelings, and be profoundly grateful that those who love me can do the same and keep smiling.