A reader reacts to Green —

cithra with a very personal take.

Except for blacks. And women. And natives. And … uh, never mind. — The past is a golden country, when you're an idiot.

The Ghost of Bobby Lee — An excellent piece by Ta-Nehisi Coates. For those of you who like to pretend the Civil War wasn't about slavery, the Southern states in their own words. It wasn't a noble cause, it was a vile cause, and I say this as son of the South.

?otD: How many books do you own today? 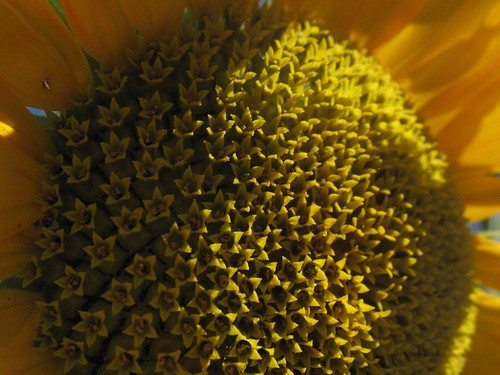 Recently my credit card numbers changed, due to the issuer determining a potential fraud event. I have jlake.com at a presence provider with autobilling to the card. When the old number declined as invalid, rather than contacting me for a new payment method, they simply suspended my account. Working to get this resolved, but for now neither my jlake.com email nor my Web site/WordPress blog is live.

So much of conservatism and libertarianism thought seems to rely on the myth of the Golden Age. This is the basis of William F. Buckley's famous declaration to "stand athwart history, yelling Stop" — the idea that things were better than they are, and that change is dangerous. It's a fundamentally emotional proposition, that strikes me as driven more by fear than any sense of opportunity or growth.

In this morning's link salad I included a wonderfully idiotic bit of Golden Age myth making, courtesy of The Edge of the American West. Which reminds me of a woman I worked with years ago, back in the mid-1990s.

She was about 30 at the time, divorced, living with her boyfriend who worked shifts in emergency services. She was an art director at the ad agency where I ran IT and production. She lived in a conservative exurb of Austin, attended an Evangelical megachurch on Sundays, and came in every Monday grumbling about how liberals were ruining America, about the Clintons and their crimes, and whatever else her preacher had railed about the day before from the pulpit. Her constant theme was how much better things were in the 1950s when the streets were safe, everybody had jobs, and America was powerful and secure.

I finally got fed up with this and asked her how much she knew about the 1950s. Did she know anything about the African-American experience in those days? What about other non-whites? The unemployed? When I pointed out that in the 1950s she wouldn't have had the job she did because it would have been given to a man who needed to feed his family, and that she wouldn't have been allowed in the door of her church as a divorced woman living in sin with another man, she got upset with me and said that wasn't what she meant.

She wanted the good parts of the myth of the Golden Age without having to acknowledge or accept the prices people paid for them. I'll bet good money this woman today is a Sarah Palin fan and a Tea Party member, because that's the depth of thinking I see from conservative America even now. Not all conservatives everywhere, but from those in political power and those with media voices.

I atill think about her sometimes, because how the heck do I, as a liberal-progressive, even get her to see where her own thinking goes awry? She's like those Christians who demand literal subservience to Biblical truth, except for the inconvenient parts. There's no logic or coherent philosophy, only wishful thinking wrapped in justification.

Some of it is education and worldliness. One reason academia and journalism are so stereotypically liberal is people in those disciplines generally have to look at the world critically and think about the facts on the ground; at least if they're going about it properly. It's difficult to maintain my friend's level of denial and wishful thinking while engaging in intellectual honesty. Contemporary conservatism is a lot more about denial and wishful thinking than it is about intellectual honesty — look at the issues that drive votes: evolution denial; gun fantasies; fears of gays; climate change denial; magical thinking on taxes.

How to address that? Surely not through my rantings. But I'm not sure how to be more thoughtful in the right ways.