Hallucinogens Have Doctors Tuning In Again — What? Rational thought about psychoactives? Time for another battle in War on Drugs!

Musings on SETI and Nearby Brown Dwarfs — Centauri Dreams on one of my favorite topics.

The Pope, the Church, and skepticism — Bad Astronomy on the Catholic Church's ongoing protection and coverup of pedophelia, specifically how atheists and skeptics might or might not respond. Some good thinking here.

Poll Finds Tea Party Backers Wealthier and More Educated — Who are the Tea Party, really? I like this: Some defended being on Social Security while fighting big government by saying that since they had paid into the system, they deserved the benefits. Others could not explain the contradiction. Also, keep your government hands off their medicare, Socialists!

Uninformed Limbaugh Wonders ‘Where Was The Union’ At Non-Union Mine Disaster — Wait. "Uninformed" and "Limbaugh" in the same sentence? I call liberal bias!

?otD: Do you find this day taxing? 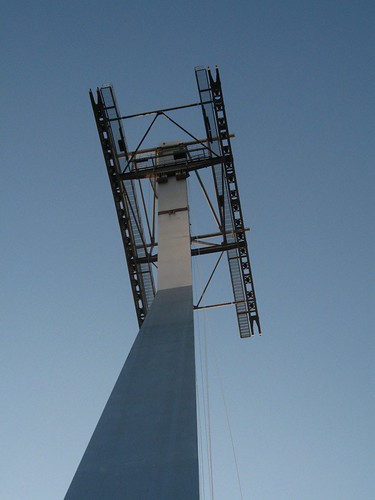 Late to work. Grrf. I never do that. Cancer stuff going okay.

My Mainspring novella "Chain of Fools" has been confirmed for a translated appearance the June issue of the Japanese magazine Hayakawa SF. The sequel (and steampunk astronaut story) "Chain of Stars" will be appearing in translation in Web publication in Japan later this year as well.

In other news, short story "Jefferson's West" has sold to the anthology Boondocks Fantasy forthcoming from DAW. This is in continuity with Original Destiny, Manifest Sin, for those following along at home.