A rather nifty review of my story "Torquing Vacuum" — The reviewer makes some interesting comments on the Sunspin continuity.

A reader reacts to my Mainspring novella "Chain of Stars"

A reader reviews New Space Opera 2 — With a curious (and distinctly negative) reaction to my story therein.

Panty Raid — Presented without comment, but put down the coffee before you read this piece from Cherie Priest.

swan_tower responds to Roger Ebert's blog about videogames and art — Good comments thread as well. And 9 Chickweed Lane with yet a different take on games.

Eyafallajökull eruption — An astonishing photo of the volcano. Now I want to go play Led Zeppelin. (Via @Danjite.)

The past is a golden country, if you're an idiot, part 2 — An essay on what the Libertarian paradise of 1880 was like for anyone who actually had to live and work in it. Because, you know, this is a Republican dream. People want their idealized Golden Age (no taxes! no regulation!) without the costs associated with it. I realize that evidence-based thinking is virtually banned from the conservative mind these days (otherwise the cognitive dissonance would be overwhelming), but come on guys, try a little.

Tea Party 'revolt' looks like a pity party to me — My feeling was, heck, if staging public gripe fests gives these people something to do, then great. It's outside. It involves handicrafts, the making of signs and costumes. It's like Scouting for irked middle-aged white people. Hahahaha. And as I keep asking the Tea Party, if you guys are serious about this, where were you during the Bush administration?

?otD: Have you ever swept with the threshing oar? 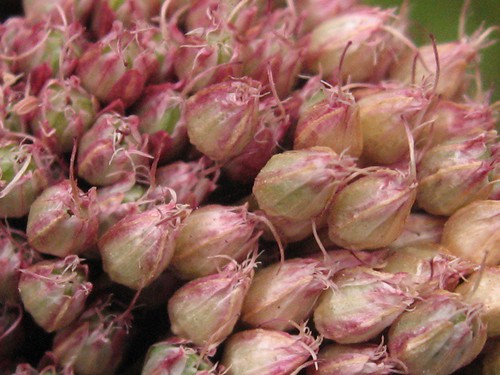 Rough day or so, GI wise. The cheesefest that

the_child and I had yesterday certainly did not help, though I thought (wrongly) that I was past the violent lactose intolerance that characterizes the immediate post-infusion period.

This experience is important because it's precisely this kind of loss of control we fear from illness or eldering. It's precisely this loss of personal dignity that wrecks people who go through these experiences, whether it's transient (as mine is, albeit the better part of a year in length from start to finish), or chronic, or terminal. Because in the end, we're all terminal. And quite frankly, I don't want to go out in a wave of shit some day. Right now, that's how it feels the world will end.

I'm a big boy. I washed out my clothing, cleaned myself, and am getting on with my day. But I feel branded. And even admitting that here is very weird. But I've been dedicated from the beginning to openness about my cancer experiences, and this has definitely been one of those.

I sometimes observe that both my rounds of cancer were essentially caught by accident. The initial colon cancer presented at age 43. If I'd gone in asking for a colonoscopy to screen for it, they would have refused me. Far too young, not medically necessary. The only reason it was detected was because the tumor ulcerated, and I was admitted to the ER with rectal bleeding. Cancer was literally number six on their list of top five theories about what was wrong with me when I was wheeled in for the colonoscopy that found the tumor.

After that surgery, I asked for a full body scan. I was told it wasn't medically necessary, that the doctor didn't want to prescribe it and insurance wouldn't cover it.

Fast forward to my one-year followup. The abdominal scan done to check my colon overscanned a bit upward and caught part of my lungs. To everyone's surprised, there was a spot on my left lung that eventually turned out to be the metastatic tumor that was surgically removed last November. If the scan tech hadn't been sloppy with the CT scan, we wouldn't have found it. If we'd had the full body scan I'd requested the year before, we would have had a baseline for evaluating the spot on my lung, which in turn would have cut out a great deal of the medical screwing around that went on from May to October of last year.

If I were feeling a bit paranoid, it might be understandable. Now, of course, we scan everything. I don't expect a third 'surprise', though I may well have a third round of cancer. It will be detected on purpose, not by accident. And yes, one can spin this either way, as weirdly bad luck or weirdly good luck. In both cases, accidental detection led to early intervention and treatment.

But if I were a superstitious man, I'd be screaming about this.

On chemo these days, my life runs in two-week cycles. Infusion Friday leads to a weekend of quiescent stupor and general ill-being. Monday following I'm pretty worthless, coming back to myself mentally sometime on Tuesday. Then there's Shedding Day(s), when my stomach lining gives up and heads for the exits, somewhere between Tuesday and Friday.

It's not til the off weekend that I really can come back to myself. So I schedule anything that needs to be done beyond my basic, very constrained daily routines, to those weekends. Taxes, for example. Or needful things around the house. My family tries to schedule family events such as

tillyjane's (cancelled) birthday party of yesterday for the off weekends, when I can make them. Also, that's my time window to get ahead on writing projects, since in the absence of Day Jobbery I can use my morning energy for fiction.

Three off weekends ago, I was laid low with a viral cold that in normal health would have been a three-day annoyance, but on chemo was severely debilitating.

Two off weekends ago, Mother of the Child went into the hospital, where she remained for six days. Also that weekend,

shelly_rae tore the ligaments in her foot and laid herself up badly.

tillyjane a/k/a my Mom had a cardiac event for which she still in the hospital.

Excuse me, but WTF? I'm supposed to be taking it easy, having a low stress life right now, and easing my way through chemo, but the people around me are dropping like flies. I've already warned

calendula_witch to spend my next off weekend at the WitchNest, wrapped in a blanket and moving as little as possible lest she trip on the carpet and break her nose or something.

And yes, I know it's not all about me. And yes, I know the universe is not out to get me. But in some ways I'd rest a lot easier if I had someone to blame. The sequence and timing of events has become so improbable that if I wrote it into a novel,

casacorona would make me take it right back out again.

One is happenstance, twice is coincidence, three times is enemy action. Except I don't have any enemies.

Thank Ghu I'm such a bloody-minded empiricist, because otherwise I would be a raving paranoid by now. But really, if the universe is listening, enough already, ok?