Tagliatelle taboo — The power of a typo. What do you spice long pig with, anyway?

Brain Interfaces Made of Silk — We are definitely living in the future. Or possibly ancient China.

Natchez: 1940 — This photo from Shorpy is like looking into another world.

The 7 Craziest Things Ever Blamed on Homosexuals — And conservatives wonder why I think they're nuts. 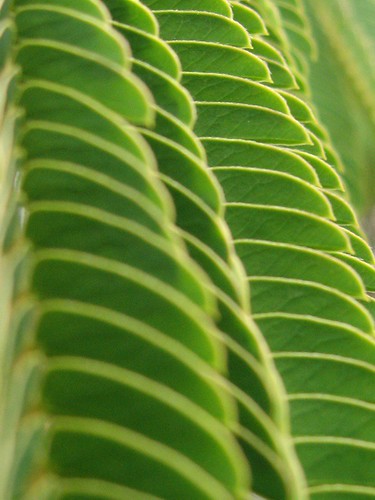 Slept short and weird last night. Crashed hard early, woke up at 2:30 am, never went back to sleep. In a nutshell, this is Not Good. At least the GI stuff has settled down to the usual dull roar.

Strange dreams, too. I've lost the very beginning, but at some point I was making out with

danjite in a men's room somewhere while

khaybee was searching for us via PA announcements. Everything came out alright in the end, then we went to an open-air restaurant in Central Park which was partly closed off for the filming of some TV show.

danjite knew one of the producer's aides on the set, and we wound up getting into a discussion about spec script writing.

Somehow, without transition, I found myself driving around a NASA facility in a dark blue Ford police interceptor. (I've never owned one of those, though a baby puke yellow Ford LTD wagon was in my life for a while back in the 1990s — that's the car I flooded with raw sewage while driving it, if you've ever heard me tell that story; also the car I took over the river in Mexico on a canoe ferry. Also the car I was driving the night I nearly wound up in a shallow grave but for the luck of fools and the forbearance of some very puzzled, heavily armed men. Probably just as well I don't own it any more, upon sober reflection.) I parked the Ford and went into some building, but none of the doors had handles and I very nearly got trapped by security.

Back outside, I wanted to see them assemble the LEM in a nearby building, but I was having a lot of trouble with my car. Then I realized I'd left my 1958 Chevrolet work truck there, too, and was trying to drive both vehicles at once with very limited success.

In other news, no writing this past weekend due to family medical issues. And I may be double booked on medical business this afternoon, so I'll be quite surprised if I get any writing done today. This is frustrating the hell out of me. I'm not in actual danger of defaulting on any deadlines quite yet, but this is not me.

In other other news,

tillyjane a/k/a my mom is still in the hospital, and is a candidate for some invasive testing today. Depends on some further medical opinion on tests performed so far. If they go forward with that, I'll be ditching both Day Jobbe and writing to be at the hospital. If they don't go down that path, she should be released today.

lillypond a/k/a my sister has been camped over there since this began, for which I am eternally grateful, because I have neither the energy nor the immune system to be hanging out at the hospital all the time. Meanwhile,

the_child has a major specialist appointment today to follow up on some issues, that I really need to be at. And here's me drastically short on sleep, which means by midday I'll be a real mess in terms of energy and focus.

Ghu, this all sucks a lot.

I have been asked several times lately in several different ways where I get my motivation. Ultimately that's a question that doesn't have an answer, or if it does, the answer is intensely personal and thus essentially useless to anyone else, but I take the intent.

At one level, I've talked before about psychotic persistence [ jlake.com | LiveJournal ]. That's more an explanation of process than motivation, I suppose, but it certainly is related. As I've also previously commented, this stuff is a habit. A tough habit to maintain. Six weeks on the couch watching tv could break it for life.

I also think that question comes from another place inside the asker. We so often wait for permission to do things in life. "I can't get this job until I have these credentials." "I can't ask this person out unless I'm sure they already like me." If you were raised in any of our cultural groups that embraces shame, guilt and/or self-effacement, this stuff is bred into your bones. "Don't put yourself forward" is such a classic meme.

And it's terribly destructive for writers.

All we do is put ourselves forward. By definition. There is nothing in this world more egotistical than believing that total strangers want to hear what you have to say.

There's a lie I used to tell myself when I was drafting a story or a novel. I knew it was a lie, and I didn't care. Call it a mantra or an affirmation or a visualization if you will. It went sort of like this:

These days, I mostly don't care. I think I've internalized that lie, and sometimes even made it true. Because what happens is that I passionately believe in each story as I write it. I live inside the text, the character, the setting, whether for an hour or two, or for months. Once I'm done with a draft, I may chuck it in the dead file after sober reflection, or I may rewrite and send it out. The story becomes a marketing problem, and I quit believing in my invincible genius, for that story. (If I didn't quit believing in my invincible genius, rejections would be torture. And yes, I still get more rejections than acceptances.)

Remember, the best way to learn is through failure. Success is a much less effective teacher. But if you're going to fail, fail big. Petty failures teach petty lessons. Write the Big Idea stories, the grand, sweeping novels. Open your mouth and shout. Be great. Pretty damned good is the failure condition of greatness.

But it starts with giving yourself permission to do it in the first place.

That's my story, and I'm sticking to it. From where do you get your motivation?

Only to satisfy my curiosity (I'm not going to start running ads or join Pajamas Media), I want to find out a bit about why you read this blog. So here's a little poll. I'm keeping it here on the LiveJournal side because my poll software on the WordPress side is too limited for what I want to do with the questions. Apologies to those without LJ IDs. And please, feel free to expound at length in comments

Open to: All, detailed results viewable to: All. Participants: 208

How often do you read this blog?

My car was broken into overnight. No damage that I can find so far (it's still dark outside), as I leave the car unlocked to keep meth heads from cutting the convertible top to get in. Glove box rifled, presumably for CDs or something, but nothing seems to have been taken. So fairly minimal impact, unless Mother of the Child's car was also broken into.

Confidential to the universe: Really, the crap can stop any time.

tillyjane a/k/a my mom now has a diagnosis, a prognosis and a treatment plan. Not everything is fully resolved, but enough stuff is. Angiogram tomorrow with possible stenting and/or angioplasty, then discharge the hospital probably Wednesday morning. She'll have both short and long term followups, but she continues cheerful and energetic. So, another day or so of running around hospital juju, then life gets back to more-or-less normal. Just in time for my next chemo infusion!