Pharoahs and care bombs — Language Log on the perils of copy editing. They're talking in a journalistic context in this piece, but the same issues definitely apply to us fictioneers.

Why the Library of Congress cares about archiving our tweets

As Europe Reopens Skies, a New Cloud Looms — I can't decide if this is systemic resilience or systemic fragility. Either way it's morbidly fascinating.

The Beetlecam — Wildlife photography as you haven't quite seen it before.

Every Voter Is A Values Voter — Damned straight. Just because you have some particular version of God on your side doesn't mean you're right, or have a monopoly on values.

The United States is not a 'Christian nation' — Unless we want to be like Saudi Arabia, with a state-enforced religion. 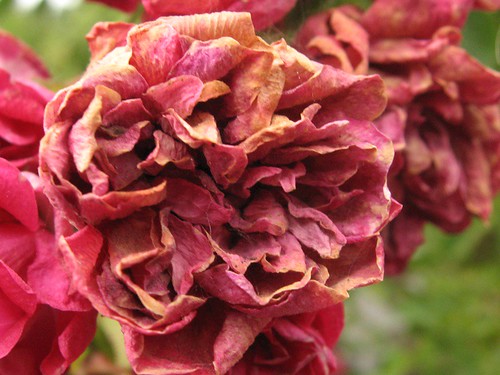 I must confess to being pleasantly surprised at the response to yesterday's reader poll. Some terrific comments there. I wasn't surprised at most of what the poll is telling me, but the "new content" section is useful and I will take note.

No, no Twitterstream will appear. I might start a second blog just as a place to archive it, but that will be for my own benefit if so. And no, no Pajamas Media. I don't really envision syndicating myself to anyone — my daily content is too idiosyncratic to appeal to a wider audience, I'm pretty sure, though I always thought I could do some good stuff with a weekly column somewhere — but even if I did, it would not be Pajamas Media or anything of that ilk. Wrong politics for me. I'd have to wash a lot more often to get the grime off.

As a side note, several people commented on the politics of talking about politics, as it were. The risk being, of course, that one might alienate a section of one's readership. Doubtless I have done so here, in holding strong political views that largely correspond with the American definition of Left. I have a couple of thoughts about that.

First of all, the writer is not the story. My fiction is neither didactic nor political. My worldview certainly infuses it, but that's talking about issues of personal responsibility, for example, not the rubric of American electoral politics. Some people might decide not to investigate my writing, based on their reaction to my politics. Too bad for them. Just like it's too bad for me I won't read Orson Scott Card any more, for essentially same reason.

Second of all, passion is personal. Even passion one disagrees with. And personal can be more interesting. When I first starting blogging as a writer in the early 2000s (not counting my protoblog Web posts from the late 1990s) I was very careful not to be political or cultural. It was very important to me not to be controversial, for fear of offending potential readers. I held that principle for several years, then one day got fed up with something (a school shooting, I think) and cut loose.

My readership doubled in six weeks.

Yea, a few of my regulars promptly dropped away. But a lot more showed up, and some of you have stuck around ever since. I looked around at blogs and bloggers I like and admire — John Scalzi with Whatever,

matociquala, Making Light. All of them have substantially larger audience footprints than I do. All of them talk about what stirs their passions, most definitely including politics. And it certainly doesn't seem to have hurt careers.

So I took some validation and some courage from that example, and I've let it hang out since. Because, as so many of you have pointed out, this is my blog, and I should say what I want. It's not like you have to read it.

My goal on this blog is to amuse, entertain and educate myself. That so many of you choose to come along for the ride is a source of great pride and pleasure to me. Thank you.

Chemo side effects: Same as ever. Yes, that bad.

shelly_rae will miss this infusion cycle. H— came over yesterday and did some household chores, as well as making a delightful dinner. Life goes on.

tillyjane a/k/a my mom: Angiogram today. Her youngest sister, my Aunt M— flies in this afternoon. It will be a delight to see my Baby Aunt, but the circumstances could be more fortuitous. She will be a great lift to

tillyjane should be release from the hospital tomorrow.

For my part, Not Writing continues, to my immense frustration. The combination of stress, fatigue, and time spent at the hospital is eating all available spoons plus some deficit.

Sometime in the past week or so, a student (from Australia, I believe) emailed me for an interview on a project. Chemo brain has utterly lost the email. If you're reading this, email sender, please resend.